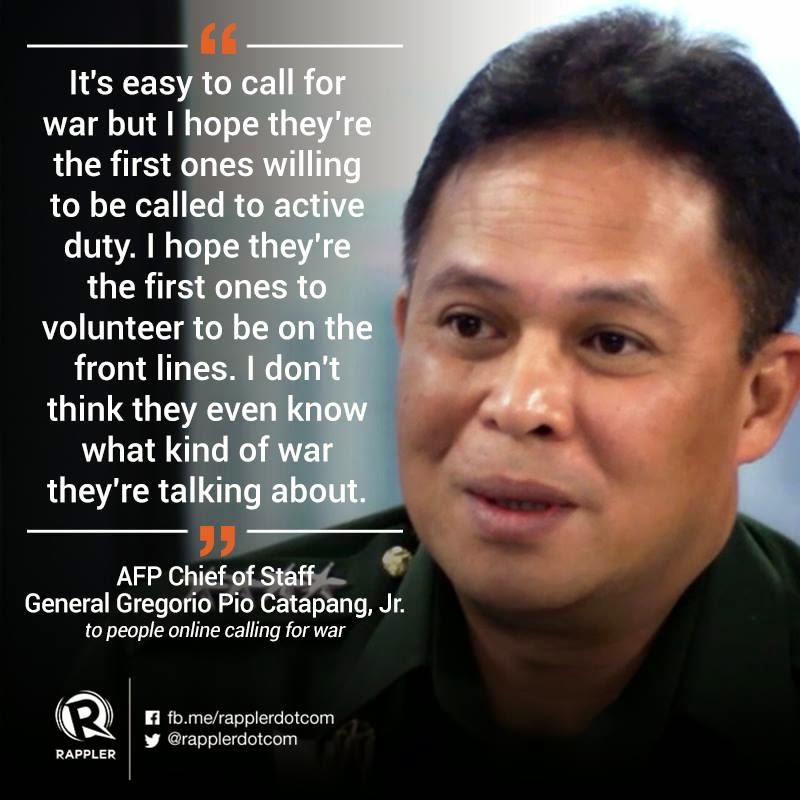 Many if not all, people who call for a new big war in Mindanao are also the most coward to go to a real war. Or most stingy to contribute money and resources for the direct cost of war, and indirect cost -- tens if not hundreds of thousands of displaced civilians, public health cost, economic displacement.

If people do not like the proposed Bangsamoro Basic Law (BBL), currently a bill in both the House of Representatives and the Senate, then refining it or other options should be explored,
but NEVER the war option. 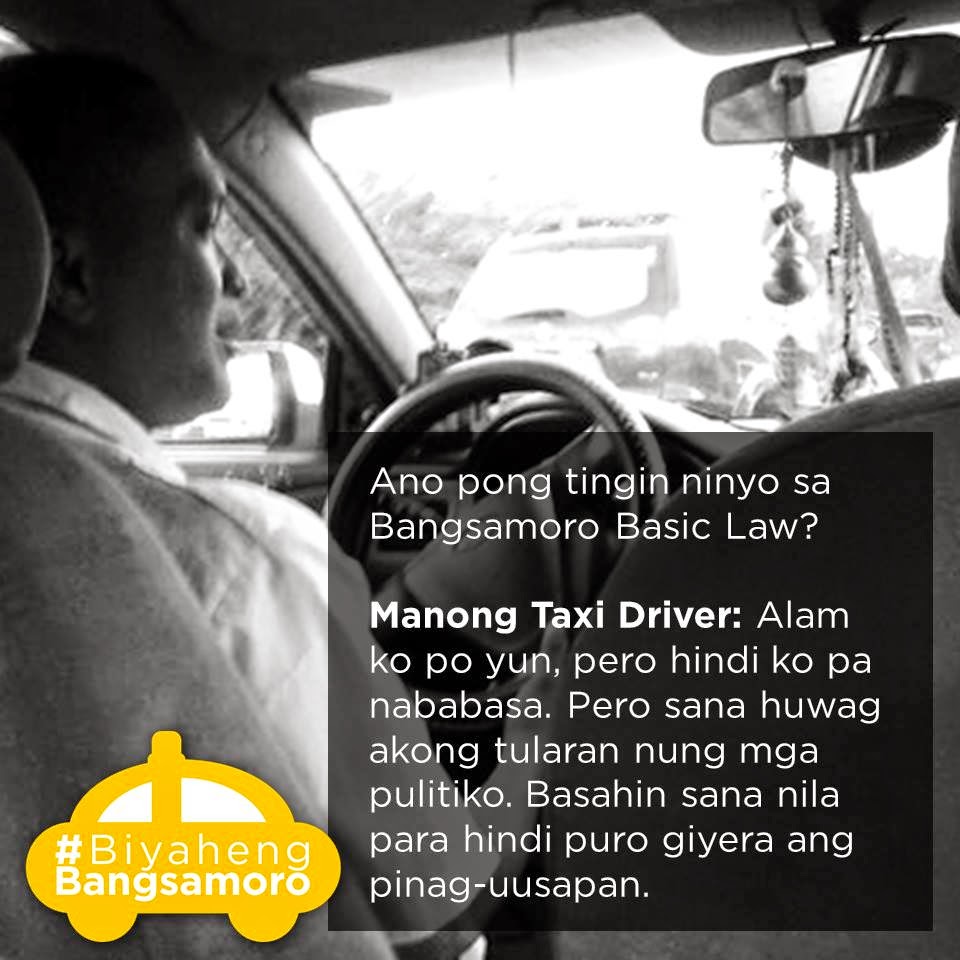 For people who want war but are either weak or coward to fight in a real war, then perhaps they can offer, "I will sell one of my 2 (or more) big houses, 1 (or more) of my cars, other properties. Proceeds to be used as evacuation center with good facilities for some displaced civilians who will endure months, if not years, of displacement."

A friend suggested that while he does not like war, the above statement should not come from a General, especially the AFP Chief of Staff (COS). It can come from civilians like us but not from a soldier.

We need the armed soldiers mainly for defense. Civilian negotiators will take the "offense" of peace building. If some armed groups on the other side do not like any peace unless their full demand are granted and start a war, then we need the soldiers, trained and armed to deal with these war mongers on the other side.

If I were on his shoes -- the head of the AFP and must go to war if ordered by the President and AFP Commander in Chief (CIC), partly because of public pressure -- I would say the same things. Before my CIC orders me and my men to bomb and kill fellow Filipinos in the south, I will speak my mind first. 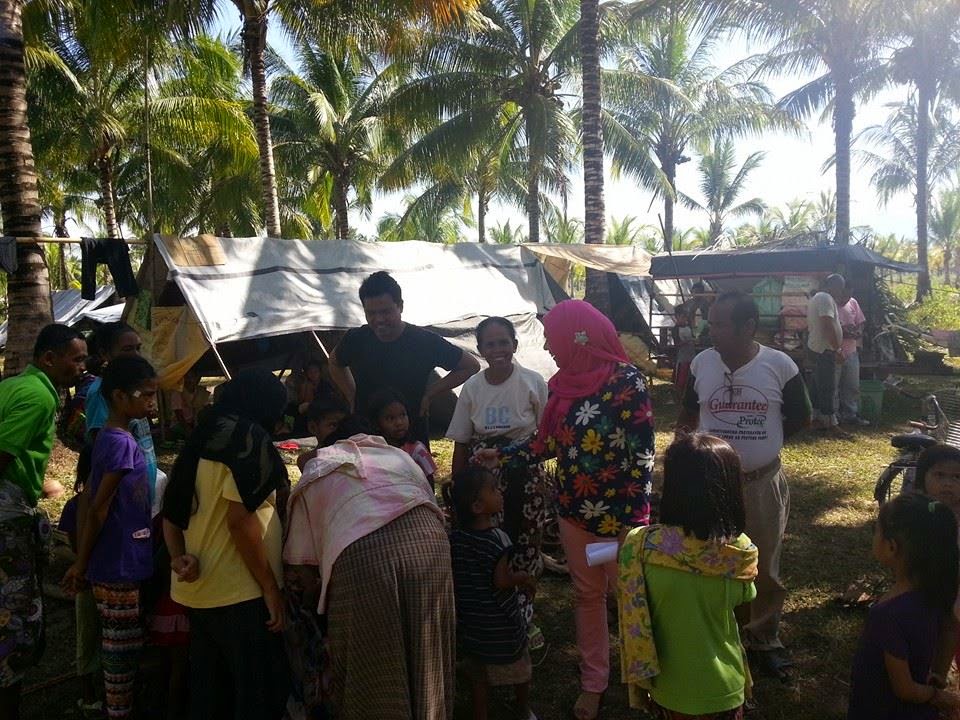 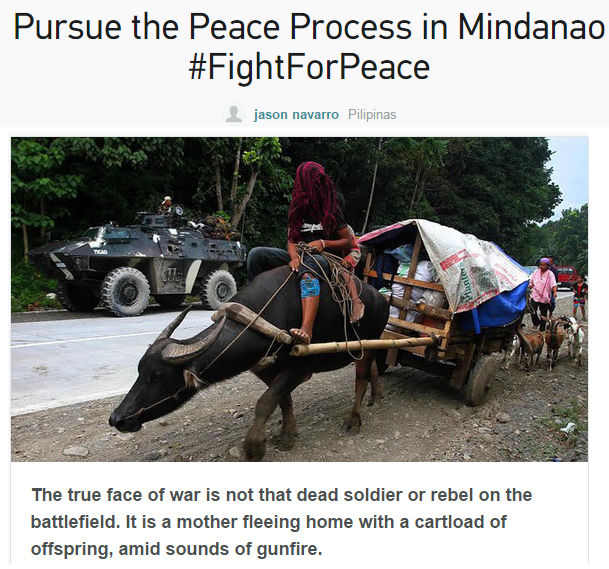 There is an on-going petition in change.org, to pursue peace and ignore the war mongers. I signed it.

I think majority of the people who call for war are also the same people who call for the President's resignation. So if I were on the shoes of the President and AFP CIC, I will not listen to the war mongers, will never heed their call for more bloodshed. I will congratulate my COS for frankly speaking his mind, that soldiers who are hired by the Republic to go to war if necessary, themselves do not want war. Especially if the enemy are fellow Filipinos.