Liberty is a philosophical concept often associated or deemed synonymous with freedom, democracy and sovereignty. But while freedom can be a close synonym of liberty, democracy and sovereignty may not be. This is because liberty has two wide connotations: collective liberty and individual liberty. Democracy (the will of the majority) and sovereignty (freedom from foreign colonialism or domination) therefore, connotes more of collective (national, regional, community) liberty and cannot be a substitute for individual liberty.

This distinction is very important because most -- if not all -- public policies and institutional or organizational tools and rules that oppress or harass the individual, are done in the name of the collective, in the spirit of “country/nation first before self” or “community first before the individual”.

There is one case though, when collective liberty can be equivalent to or synonymous with individual liberty: when the collective is done or aggregated in a voluntary way, and not forcibly imposed. Examples of voluntary collectivism are civic organizations, sports clubs, neighborhood associations, among others. Here, individuals join voluntarily, or were invited and sponsored by their close friends or associates, and individuals have the option or freedom to get out of such collective. And the voluntary organization or collective can possibly die when it no longer enjoys the support of its members. This is also the essence of “civil society”.

When a collective is done forcibly, ie, individuals are mandated or coerced to belong to a collective, this is considered “forced collectivism” and cannot be considered as synonymous with individual liberty. The single biggest example of forced collectivism is Government (local or national). There are plenty of public policies that assert or impose forced collectivism, foremost of which are the various taxes and regulations, restrictions and prohibitions unless those regulated will first secure the approval and signatures of the regulators.

In many lectures, symposia and conferences on economics, business and politics, the primacy of individual liberty and the dangers of imposed collectivism are hardly mentioned, or none at all. The mere absence of this reminder or distinction already reflects the triumph of forced collectivism in the minds of the public.

Thus, if one finds a symposium or conference where the primacy of individual liberty is often mentioned, if not made a central theme of the activity, one is considered very lucky. 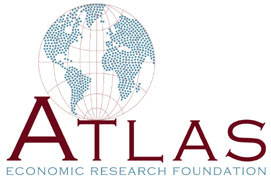 The annual “Atlas Liberty Forum” by the Atlas Economic Research Foundation (www.atlasnetwork.org) can be considered as one of those very few conferences around the world were individual liberty and the importance of free market is a constant central theme. Some panel discussions that mention collective liberty refer to the voluntary collectivism strand.

When I and a few friends in Manila formed “Minimal Government” around February 2004, we knew that we were free marketers, we knew that we believed in “minimal government = minimal taxes = minimal bureaucracy”, but we did not realize much the distinction between individual and collective liberty, we did not know much about the free market and liberty movement around the world, we barely knew any free market-oriented think tank or institute outside of the Philippines.

These all changed, almost abruptly, when Atlas offered me an international fellowship in April 2004. There were several activities for an international fellow, one of which was attend the “Atlas Liberty Forum”. It was the 4th liberty forum and held in Chicago. That was my first “baptism” of what a liberty forum looks like, and a wide world of free market-oriented independent think tanks from many countries and continents around the world slowly unfolded before my eyes.

The forum and various panel discussions were very helpful and educational, but the most important aspect of the activity that I later realized, was the “liberty networking”. First, my roommate in the hotel would turn out to be among my closest friends in the liberty movement, Mr. Barun Mitra, founder and Director of Liberty Institute in Delhi, India. Second, a number of new friends and allies that I met there five years ago, especially those from Asia, I would meet in other succeeding international and regional conferences and meetings; or at least correspond regularly by email. And third, collaborative work and campaigns among ally think tanks would soon be initiated and sustained. 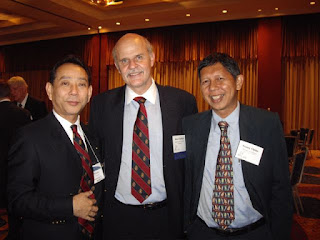 My second attendance of the Atlas Liberty Forum was in Atlanta, Georgia, April 2008. This time, I was a confident participant who knew a number of other international and American participants and speakers. And this time, my interest was more on the panel discussions on fund-raising, though the discussions on liberty issues, like the panel on “Promoting freedom in difficult countries”, were also very informative.

Any serious liberty-oriented think tank or political movement needs substantial financial resources, for obvious reason. But a more specific reason not known to many people, is that more serious free marketers do not solicit or accept any government money (local, national or inter-governmental/multilateral) or funding from any political party, to keep and sustain their full independence from governments and political parties. Whereas most think tanks and political groups, including many NGOs and civil society organizations (CSOs) get substantial funding from governments, inter-governmental or multilateral institutions, and political parties.

Thus, fundraising is a recurrent topic in every annual Atlas Liberty Forum. This coming Liberty Forum will be held in Los Angeles, California, April 24-26 of this year.

Participants of this forum, as well as symposia, training and conferences by allied think tanks and institutes, are constantly reminded, explicitly or implicitly, that they are fighting for a society, they are envisioning a world, where the individual is not taken for granted or oppressed, in the pursuit of collective freedom and economic development.
---------

My recent short paper on liberty and liberalism,

Liberal Tradition and the Liberal Party

A relatively known political strategist and blogger discussed the question, "What's the matter with Mar?" to refer to the low popularity as a Presidential candidate in the Presidential elections next year of Liberal Party President, Sen. Mar Roxas. The author, Mr. Lito Banayo (http://litobanayo.blogspot.com/2009/02/whats-matter-with-mar.html), asked, "How come he ranks low, even behind his fellow senator Ping Lacson, who has not bothered to move around the country nor advertise his wares yet?"

I think Mar and the LP need to reassert the classical liberal agenda. The primacy of individual liberty, the limits and some dangers of (forcible) collective liberty like nationalism, protectionism and property rights confiscation.

This is because almost ALL political parties in this country, big and small, are warped in the semi-socialist slogan, "country/collective over the individual". Isn't the progress and growth of society ultimately measured by the freedom and progress of the individual?

There are many negative implications of forcing collective liberty over the individual: the individual should not become very rich, he cannot be allowed to become super-rich, his income, his cars, his house/s and properties, his company, his savings, his travels, his consumption, his estate to his children and grandchildren, etc. need to be over-taxed and over-regulated. And the "guardians" of the collective -- the government and its thick army of politicians and bureaucrats -- will get the confiscated incomes and savings to force equality in society, even to the point of rewarding and subsidizing the lazy and irresponsible -- after putting huge share of such resources for the salaries and perks of the "guardians".