Climate Tricks 69, Junkets to 'save the planet' limited by Duterte

This is among the very few instances where I clap and support President Duterte :-)

“Every department sends somebody who does not even know the definition of a climate and how it changes. How is the process done to create a problem for the ecosystem and environment?”

“So all of them. And when I saw the list of 11 travels, climate change conferences all over the world and it has nothing. Nothing good has come to my country except the expenses of going out and seeing the cities.”

“To hell with climate change because whether you like it or not, the typhoon is coming from….The Philippines is the window of the Pacific Ocean. So that is how you b___s___ with the money. You go.”'


Those "planet saviors" who hate fossil fuels a lot then use lots of fossil fuels as they fly from one big city to another worldwide, hahaha. Joker-hypocrites.

MSNBC anchor Chris Hayes’ admission that climate change is a “ratings killer” has infuriated environmentalists who accused the liberal network of being more concerned about its bottom line than with fighting global warming.

Asked about his network’s lack of climate-change coverage, Mr. Hayes tweeted Tuesday that “almost without exception. every single time we’ve covered it’s been a palpable ratings killer. so incentives are not great.”

And this story from an Asian scientist. 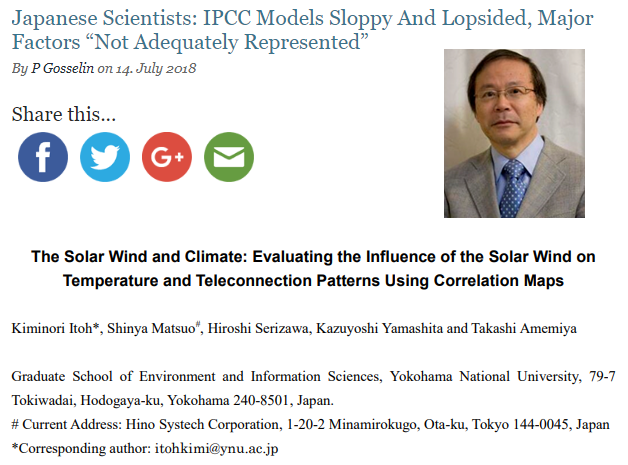 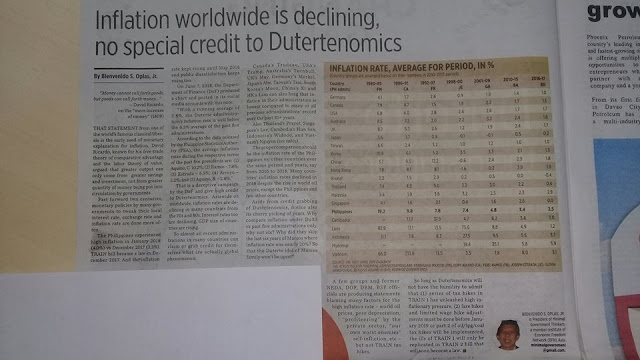 Last Monday, July 23, I was one of six guests in ONE News' special coverage of SONA 2018 by President Duterte, 3-5pm, hosted by Roby Alampay. The first three guests were Prof. Roland Simbulan of UP Manila, Jarius Bondoc, PhilStar columnist, and Prof. Go (?) of UP Political Science Department. They did political analysis of Duterte's two years in office.

The second batch would talk about economic analysis of the administration's achievement, my turn plus fellow BWorld columnist Andrew Masigan, and the young UP Professor stayed with us. 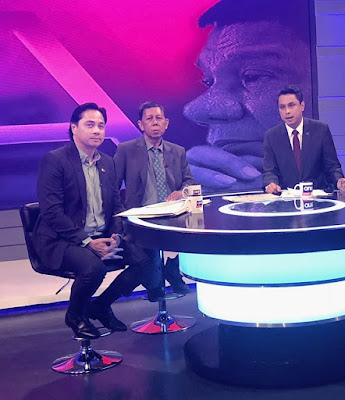 (From left: Andrew, me, Roby; photo from Andrew)

We were called in about 3:45 and right at that moment, there was a big drama in Congress --  former President and now Congresswoman from Pampanga Gloria M. Arroyo and allies went up the rostrum for her supposed election as new House Speaker.

So the topic suddenly became political, a topic I don't want to talk on TV as there are many political commentators around more knowledgeable than me. But the earlier batch of guests, Roland and Jarius Bondoc have already left, so Roby must continue the discussion with two economists and the  Political Science academic.
1+ hour of semi-torture for me, hahaha. I did not speak much and before 5pm, I really wanted to be out, then luckily Jarius and UP Law Prof. Jay Batongbacal entered the studio -- what a relief! These guys can discuss the subject better, political and legal.