Comparative quarterly growth of China, Germany and US

GDP quarterly growth of the Big 3. 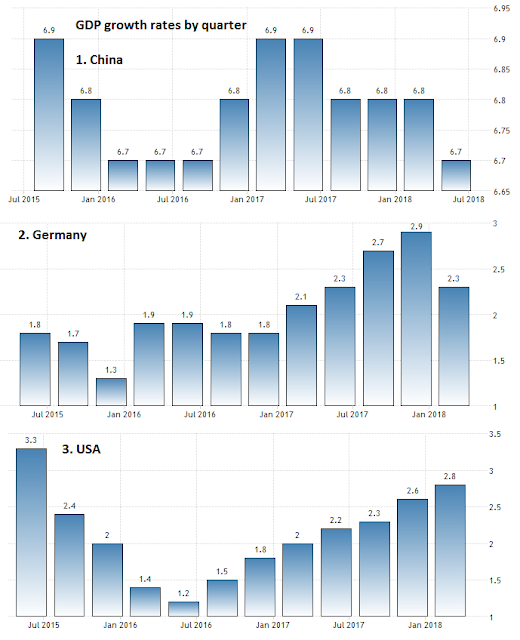 Many anti-T will be unhappy to see numbers like this. For them, Mr T is "evil, insane, misogynist,..." he should be leading the US economy to oblivion.

“The number of Americans claiming unemployment has now dropped to the lowest level as of last week since December 1969, the Bureau of Labor Statistics reports. Jobless claims decreased by 8,000 to 207,000 as of July 14.”

The tax cut, bureaucracy cut, spending cut on certain programs like climate junkets and bureaucracies, other market-oriented reforms in the US must have contributed to this generally positive development.
Posted by Bienvenido Oplas Jr at 12:47 AM