Last month I gave a lecture at SFL-PH, small but engaged audienced. 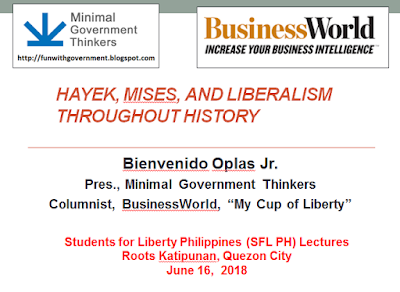 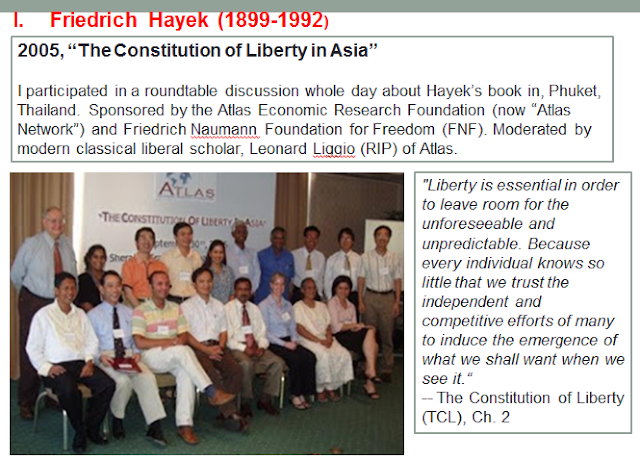 Likewise among his mentors, Mises was also a prolific writer. 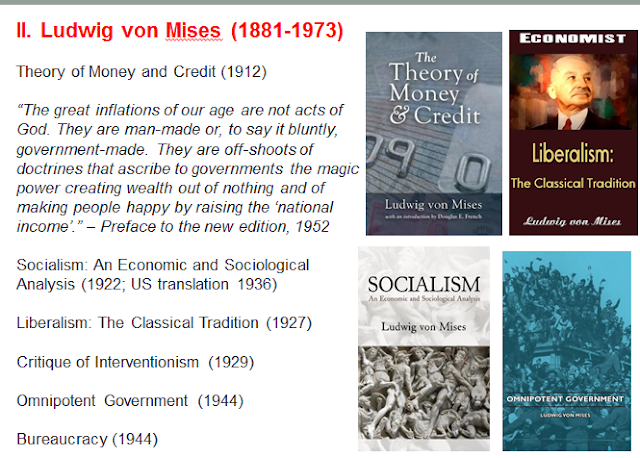 Among the classical liberals, Adam Smith was a stand out. His prior work "Theory of Moral Sentiments" provided the philosophical and economic background to his more famous work, "The Wealth of Nations." 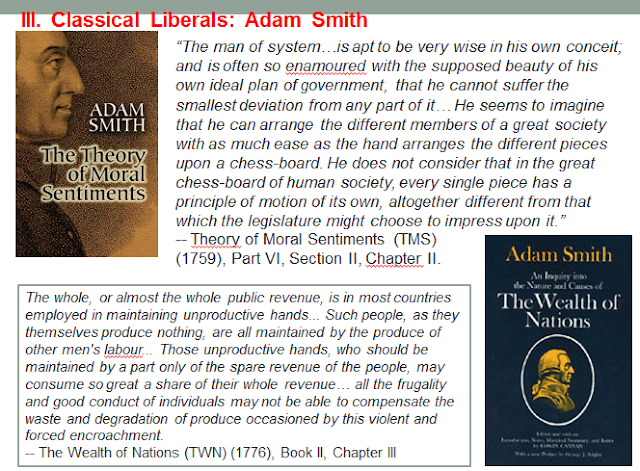 But more than 1,000 years before Adam Smith, perhaps the world's first liberal was an Asian, the philosopher from China. 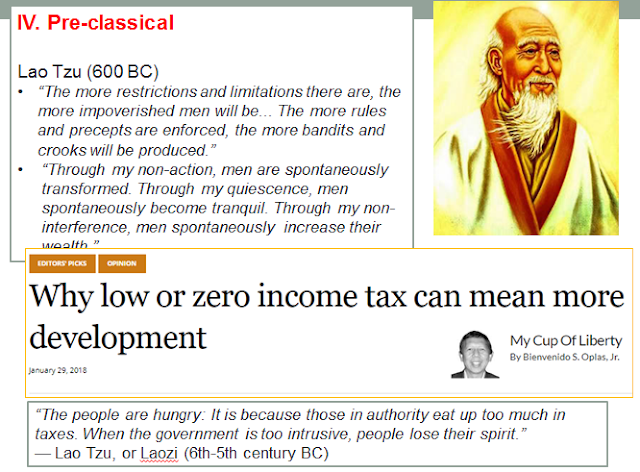 The recent liberals, there are many of them now. 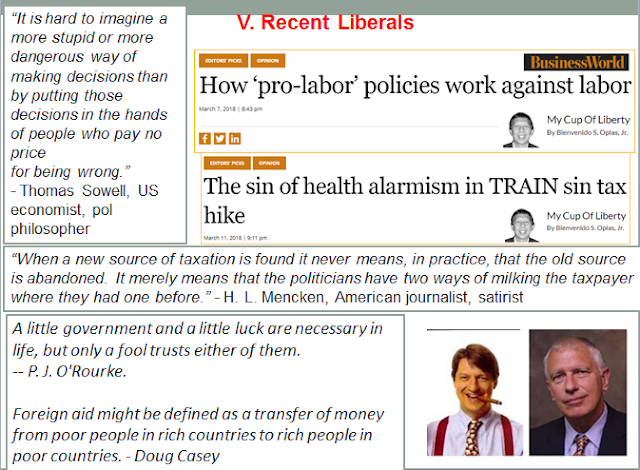 The full 36-slides presentation is posted in my slideshare account. Thank you.