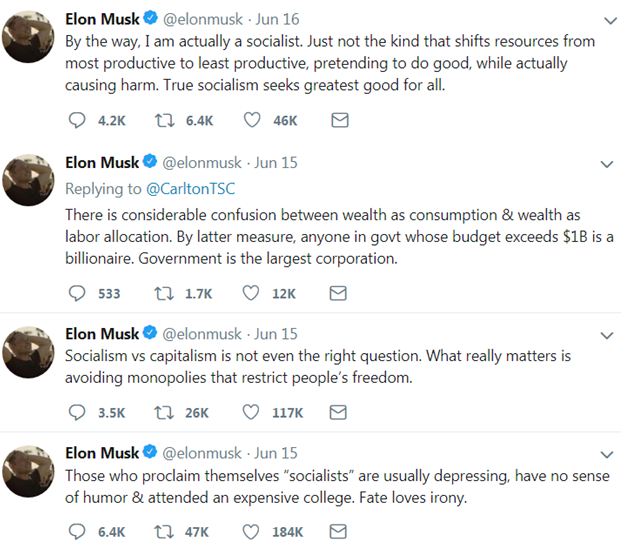 A friend suggested that perhaps Elon associates himself with "voluntary socialism". For me that term is an oxymoron, a contradiction in terms, it does not exist. Socialism by nature is never voluntary, it is done by coercion, by force. The state will socialize the means of production -- land, factories, etc, by force and legislation.

Voluntary giving like the Gates Foundation, many others is the one that is voluntary. No one put a gun on the heads of those people and their donors to give away their own money, those folks just think that being the "richest man in the cemetery" does not make sense, so they give away their money, time and other resources while they are still alive.

Meanwhile, here's the latest paper from zerohedge about the man.