Yesterday, Dr. Jeffrey Sachs of Columbia University and a UN Consultant on Sustainable Development, spoke at Intercon Hotel in Makati, mainly to prod more climate alarmism and "end fossil fuel" use to save the planet. (Photo from Jhezza P.) 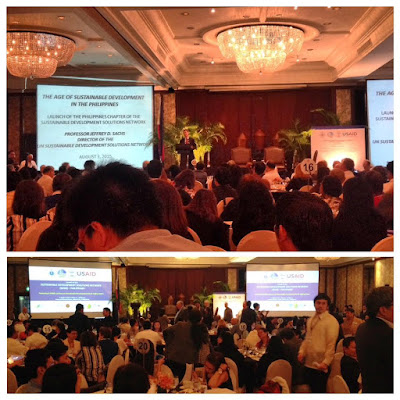 It was the launching of the PH's sustainable development solutions network (SDSN), mainly sponsored by NEDA, DENR and USAID,  plus about 8 other minor co-sponsors. He said that Sustainable Development Goals (SDGs) 2015 is the official successor of Millennium Development Goals (MDGs, 1990-2015). The UN is not satisfied with the FCCC, it wants redundancy in spreading global ecological central planning.

I went there, not as one of the SDSN members, but to hear Jeffrey Sachs. I sat at the table reserved for UPSE Alumni Association (UPSEAA) officers and members. From left: Ronee Juanengo, current President of UPSEAA, Louie Mendoza, my batchmate in SE undergrad and PDE 1998, now a Commissioner at Tariff Commission (TC), standing behind  me is Ernie Albano, immediate Past President of UPSEAA and another Commissioner at TC,  me, _____, Tito Rodriguez, Bobby Estebanlar, and Tony Pio de Roda. 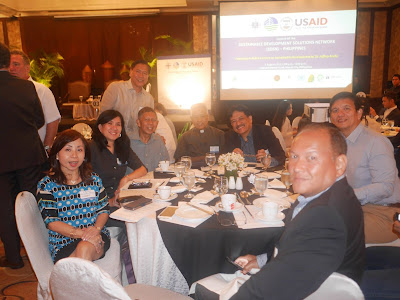 Sachs flew from the US to the PH on a plane flying on water, not fossil fuel. From the airport to his hotel, he took a solar car, not an SUV or luxury car running on fossil fuel. Sarcs :-)

Millennium DGs (MDGs) are more gut issues like healthcare, education, etc.
Sustainable DGs (SDGs) are more hypocritical. Fossil fuel use means sustainable life. Can people ride water- or solar-powered jumbo jets from the US or Europe to Manila so they can lambast fossil fuel without any inkling of double-talk? 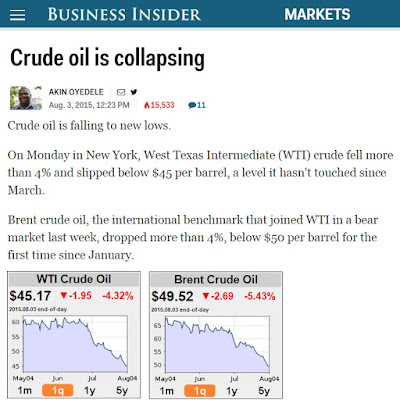 (1) Latest global air temperature data, lower troposphere, as of end-July 2015. Global temp. anomaly (or deviation from the average temp, 1979-2015) was 0.18 C. El Nino in the tropics was compensated by strong cooling in the southern hemisphere last month. 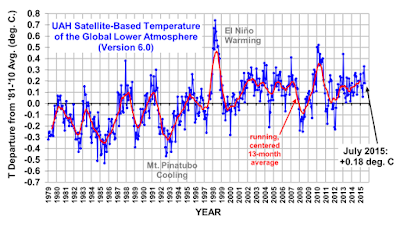 (2) "Mann-made" warming by Dr. Michael Mann (above) showing "unprecedented" GW for the past 1,000 years, vs. real and actual warming-cooling cycle for the past 2,000 years. 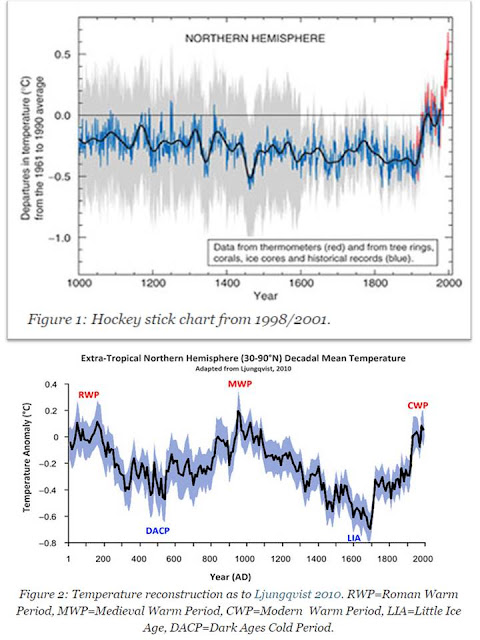 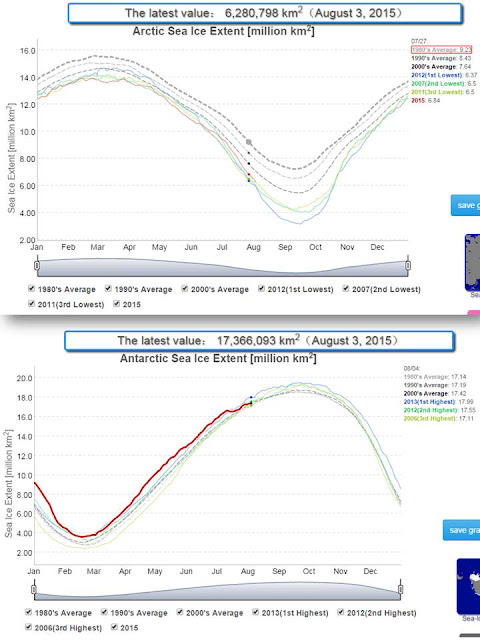 (4) Sea ice anomaly or deviation from the average, Northern and Southern hemisphere, 1979-2015. 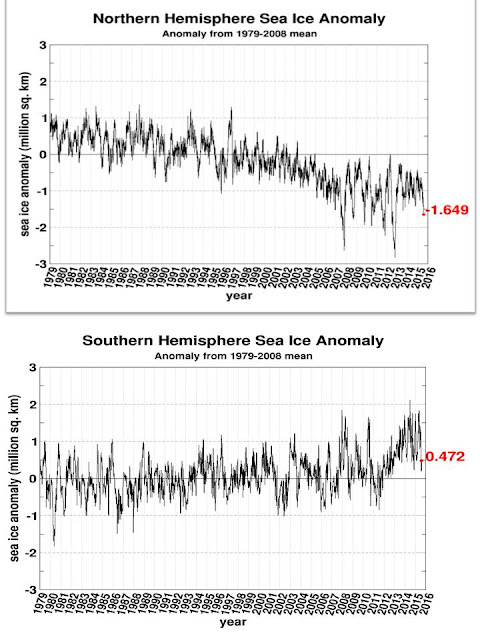 (same source as above)

It is true that there is a strong El Nino on-going now, may approach the big El Nino in 1998. But it is part of the natural or "nature-made" warming-cooling cycles in the biggest ocean in the planet. 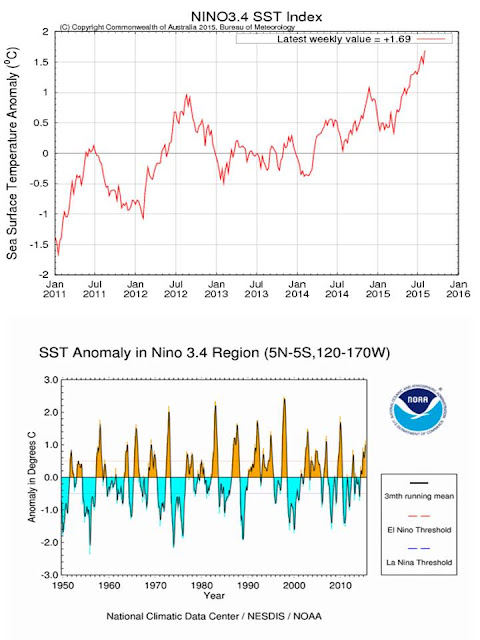 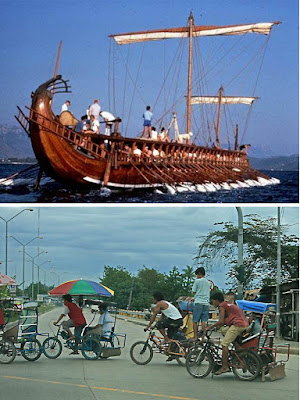 Back to Jeffrey Sachs. Based on the PH Bureau of Immigration, Philippine Coast Guard, Ports Authority and Land Transportation Office (LTO) records, Mr. Sachs came to Manila not via oil-fueled airplane but this... (h/t Jose C.)

Posted by Bienvenido Oplas Jr at 12:45 AM