IPR and Medicines 36, On patent protection, data exclusivity and TPP

There was a DOH Advisory Council on the Implementation of RA 9502 (Cheaper Medicines Act of 2008) last April 20, 2015 that I was not able to attend. The Secretariat failed to invite me, but at least they sent me the minutes of the meeting, Among the speakers that day was Atty. Allan Gepte of the Intellectual Property Office (IPO), DTI and he was asked to give updates about the US (and PH?) Free Trade Agreement (FTA) and the European FTA (EFTA). He said that he was not aware of any current (PH-) USFTA negotiations and there are talks among EFTA countries.

He gave some updates about IP concerns in the country instead, like the DTI-IPO-DOH public consultation on IP issues, with some NGOs last March 31, 2015. The topics covered data protection patent term extensions. I was not there in that meeting. 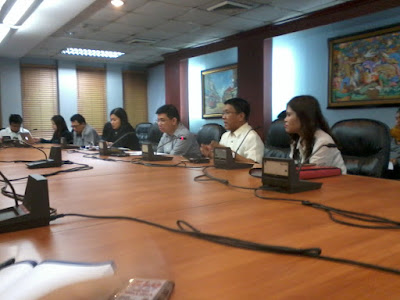 But I  have attended the same DTI-IPO-DOH meeting last June 04, 2015 at the DTI International building. It was chaired by DTI Assistant Sec Rodolfo, IPO Dep. Allan Gepte, and DOH-NCPAM Doc Meme Guerrero. I learned about the meeting because three days ahead, June 01, there was another anti-TPP, anti-IPR forum at PRRM, QC, sponsored by IDEALS, MAG, AGAP and CHAT, and the speaker was Dr. Burku Kilik of Public Citizens, an NGO in the US. Then there was a belated invite to attend the March 31 meeting at the DTI.

I think it was a limited consultation because only very few NGOs were there, led perhaps by the Focus on the Global South (FGS) leader, Joseph Purugganan, plus the Fair Trade Alliance, they are campaigning against strong IPR protection in the non-existent EU-PH FTA or non-existent PH membership in the TPP.

At the DTI consultation (a few CHAT members were also there, also Dave Escalona of Unilab), I commented that the PH is not even among the invited members of the TPP (only 4 of 10 ASEAN countries were invited to the TPP) and yet there are a number of noise against those proposed FTAs the issue of IPR.

Assuming for the sake of arguments that (1) there is a TPP Agreement already today or tomorrow, (2) the PH is a member of TPPA, and (3) all those "dreaded data exclusivity", etc. provisions are implemented -- then they will affect only a few, newly-invented medicines and not the 90-99% of off-patent, useful generic medicines in the WHO and DOH essential medicines list (EML). I think anti-IPR campaigners are not aware of this, perhaps they think that any extended regulatory data protection (RDP) and patent protection on innovator drugs also apply to off-patent, generic drugs. Far out, man.

I posted the above comments at the AC email loop. Atty. Joey Ochave, SVP of Unilab and a friend since the 80s in UP Diliman, replied to my comments. He said that

I thanked Joey for his comments. These are legal matters, outside my usual cup of coffee so I yield to his explanation.

For now, the PH government through DTI Sec. Domingo has officially signified its intention to join the TPP in the next round of membership expansion. I support this move, I believe that it is not possible for the PH to have a bilateral FTA with the US or even Canada, and the US will remain to be the biggest, most innovative economy in  the planet for the next decade or two. The only way to have an FTA with them is through the TPP.

If what Joey mentioned that data exclusivity is to "prevent the entry of generic competition", then it will have a rough sailing in the PH as access to generics is both a health and emotional issue here and in many other countries.

Things like this, the AC can discuss as RA 9502 is first and foremost, about IPC amendment and price regulation is just an add-on or after-thought chapter in the law. I have attended 2 fora already about TPP and IPR involving 2 foreign speakers who are generally anti-IPR and  both facilitated by IDEALS and CHAT. The first was a lady speaker from France, the 2nd was another lady speaker from the US, from Global Citizen. The 2 fora did not have legal minds as discussants after the presentation.
-----------