The DOH Advisory Council (AC) for the implementation of RA 9502 (Cheaper Medicines law of 2008) has already met twice this year. The second meeting  was yesterday, but I did not know these meetings as I received no invitation. I only received the three documents for comments by the AC members: (1) "Declaration of Conflict of Interest" form, (2) Draft DOH Administrative Order (AO) on the constitution of the AC, and (3) Draft AO, Regulating the promotion and marketing of pharma and medical devices products. The AC Secretariat noted this and promised  to invite me  next time.

Here are my comments to those three documents.

1. On the "Declaration of Conflict of Interest". 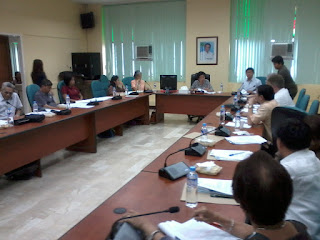 This was corrected earlier, during the AC meeting about two years ago when USec Mads Valera was presiding, to make it "Declaration of Interest". A "conflict of interest" connotes a negative meaning while a simple "declaration of interest" and affiliations will be more neutral.

For instance, pharma companies, innovator or generics, have the interest of selling more of their products, whether heavily advertised or not, whether endorsed by physicians or not, and so on. The same can be said of the drugstores and pharmacies.

Physicians and pharmacists have the interest of giving healthcare, particularly giving effective and safe medicines, innovator or generics, expensive  or cheap. The most expensive medicines are those that do not work, even if the price is only P1 but if it is substandard, or triggers allergies and negative side effects to the  patient, in effect it is an expensive medicine. It will invite new treatment, new medicines, new diagnostic tests, new physician pf, etc.

Consumers and patients have the interest of more choices, more options, among the different medicines, treatment, drugstores, clinics, hospitals, physicians, etc. If a doctor is expensive but he/she can make the patient get well the soonest possible, in effect he/she gives good value for money, "cheap" service.

2. On the draft AO constituting the AC.

a. For the nth time, the DOH and the rest  of us should STOP using those terms MDRP (and GMAP). These are illegal terms -- not in RA 9502, not in the implementing rules and regulations (IRR) of the law. What is clearly, explicitly, categorically stated  in RA 9502 is MRP, maximum retail price. MDRP and  GMAP are political  inventions by the DOH and DTI (under Secretaries Ona and Favila, respectively) during the last few months of former President GMA. GMAP is subliminal for Gloria Macapagal Arroyo Price, and not really Government-Mediated Access Price. MDRP was invented to deflect calling MRP as Mar Roxas for President because then Sen. Mar Roxas was being desperate to be pro-poor  to improve his low ratings in  the Presidential surveys in 2009.

b. On Specific functions of the AC. RA 9502 is first and foremost, an amendment to the Intellectual Property Code (IPC) to allow TRIPS flexibilities and hence, institutionalized the possible imposition of IPR-busting policies like compulsory licensing (CL), special CL, parallel importation, etc. Price regulation is just an "add-on" chapter in the law, not even in the original draft bills. But IPR policy review of the AC is not mentioned in the draft AO.

So I propose that IPR Policy review should be #1 under Specific functions, #2 is Price regulation,  #3 is Ethical marketing practices. Even if no CL application  was ever made since the law was enacted in 2008, according to IPO and Atty. Gepte, it should be in the draft AO because IPC amendment is the main spirit of RA 9502, not price control/regulation or regulation of pharma marketing. 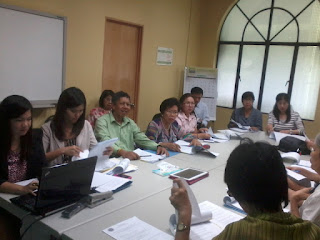 c. Members of the Council. I am honored that Minimal Government Thinkers is still granted a slot in the AC despite the fact that MGT is the smallest unit or institute of all the members. It is not even a health-focused think tank as its core advocacies are small and limited government in general, small/few taxes, free trade, rule of law, individual freedom. Now if there are proposals to remove it from the AC because of this fact, I will not object, nor will ask who propose it. Not that someone is proposing this, but am just trying to be consistent. If I have some questions about the AC or its functions, I am also open to be questioned about my participation in the AC.

3. Draft AO on Regulating promo and marketing of pharma and medical devices.

Being a non-lawyer and non-regulator, my patience for long docs like this 18-pages draft AO is short. Personally, I would wish that ALL sectors and players should have their own respective Code of Ethics or other forms of self-regulation, with own set of penalties and punishment to erring  members.

How many pharma companies in the PH, how many wholesalers and drugs import distributors, how many drugstores and pharmacies, how many hospitals and clinics, how many physicians, nurses, pharmacists, etc.? Tens of thousands I would assume. The DOH and FDA have the energy, manpower and other resources to monitor all of them for compliance or violation? I seriously doubt it.

A better approach is self-regulation, self-policing. Then DOH  and FDA will only monitor those industry associations, professional organizations, etc. If these civil  society organizations do not do their work in penalizing non-compliant players and professionals, DOH will sanction them and their officers.


This is a party-spoiler proposal. After so many meetings and discussions in crafting that document, I will simply propose the above. So I do not expect the above proposal to be adopted, but only floating the idea, and to ask the various industry and professional groups to do it on their own, self-policing, parallel with DOH/FDA monitoring work. Everything is evolving, so that in the future when the finalized AO will  need revision, the various civil society groups have already done their homework and are more ready for self-regulation.
-----------