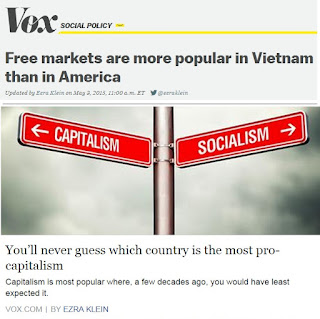 People in socialist Vietnam and China have high support for free market capitalism and its inequality than people against it. Also high support of people in Nigeria, Turkey, Malaysia, Philippines.

Pew's survey question was, "Are people better off in a free-market economy given the wide disparities in wealth that might result?" Agree or Disagree. 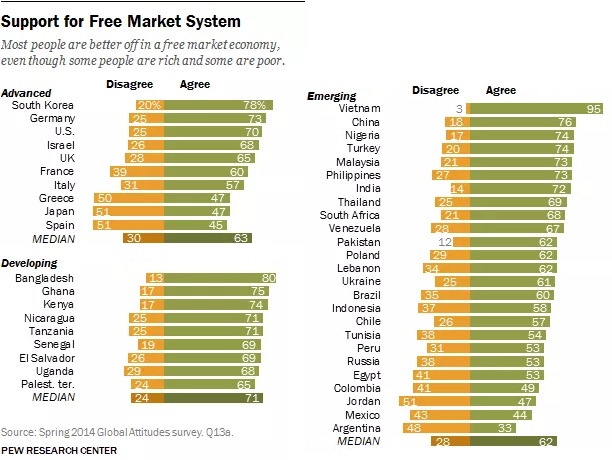 And another interesting chart from that report -- optimism of people who say that children will be better off financially than their parents, socialist Vietnam and China are again outliers. People in Chile, Brazil, Bangladesh and India are catching up to the optimism. 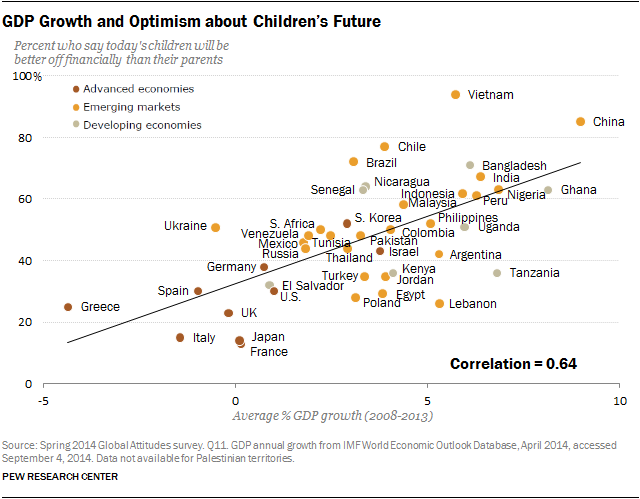 In a related thread on inequality and "inclusive growth", I argued that inequality is good. Up to what level of inequality, like gini ratio?

There should be NO ceiling on the degree of inequality. There is no way to stop some people from being too intelligent or too efficient and too hard-working + some luck. Almost all the things that we so enjoy -- facebook, youtube, google, laptops, cars, airplanes -- were created by very intelligent, very hard-working and efficient people, and they have become super rich. And we benefit from them and their invention. So why put a "cap" on their wealth?

I think the endless call for forced equality is simply driven by envy.

The role of government should be limited only to setting fair rules for everyone, ensuring the rule of law. To have equality before the law, equality in opportunity for everyone, but NOT equality of outcome, like those endless calls for forced equality via endless subsidies and welfare programs and endless taxation of the rich.

On the other hand, there are people who have zero ambition in life except to eat and drink/party, 5-7 days a week. Even if government will give them $2,000 a month in various subsidies, they will remain poor as they will simply spend $2,100 a month or more and be in debt, the money is spent on interest payment and other wastes, forever.

An anarchist commented in my wall,
“there must be a LIMIT as to the wealth you can generate."

Huhh? An anarchist advocating zero government now advocates "LIMIT to wealth"?  The one that will enforce that limit is government, via endless taxation, fees, penalties, mandatory contributions, etc. And guns and prison if they evade those endless taxation.
-------------