Business 360--26, Nepal earthquake and lessons from it

* This is my article for the business magazine in Kathmandu, June 2015 issue. 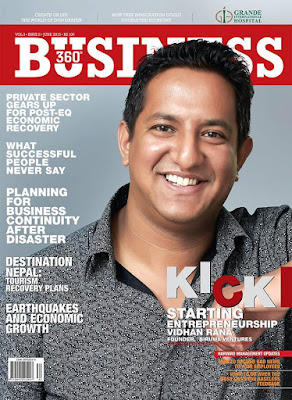 The people of Nepal are still recovering from the huge destruction of the 7.8 earthquake (EQ) last April 25 plus succeeding tremors that occurred almost daily. Those tremors have killed 8,000+ people and injured thousands more.

Some hard lessons must be learned and relearned from those events. And not only for Nepal but many other developing countries, in particular, other Asian countries in  the “Pacific Ring of Fire.”

One, EQs are part of nature, part of the continuing evolution of our planet’s geography and geology. Thus, mild or strong EQs and volcanic eruptions are as natural as wet-dry or winter-spring-summer-fall seasonal cycle in the planet.

That means that about 10 EQs a day occur in Asia alone over the past week and month,  and 4.5 EQs a day over the past year. The magnitude 7.8 EQ with epicenter in Bharatpur last April is the biggest EQ in Asia this year. Below is a review of very strong EQs over the past decade, most of which occurred in Indonesia (ID), Japan and Philippines (PH).


Table 1. Huge earthquakes in Asia over the last 10 years.

Below is a list of very strong EQs in Asia that occurred more than a decade past.

Table 2. Huge earthquakes in Asia more than 11 years ago. 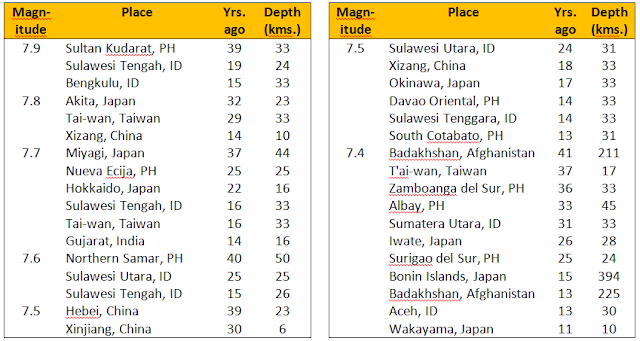 Two, strong structures are required especially in countries which are in big, long EQ faults and volcanic belts. Countries and islands in the “Pacific Ring of Fire” where about 80 percent of all earthquakes and volcanic eruptions occur, from north to south America, and from north  to  south east Asia, are particularly more vulnerable.

Three, EQs in mountainous  countries like Nepal can cause more destruction than EQs of same magnitude in flat or valley countries and islands This is because mountainous areas are prone to huge landslides and ice avalanche if those mountains shake  strongly. 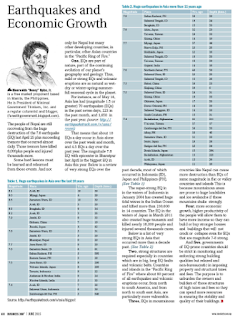 Four, more economic growth, higher productivity of the people will allow them to  have more income so they can build or buy stronger houses and  buildings that will  not crack or  collapse even for EQs that are magnitude 7-8 strong.

And five, governments of EQ-prone countries should be strict in monitoring and enforcing strong building qualities but relaxed and non-bureaucratic in imposing property and structural taxes and fees. The purpose is to unburden the owners and builders of those structures of high taxes and fees so they can spend more resources in ensuring the stability and quality of their buildings.
-------------