Inequality 17: The Koch Brothers and Their Critics

I have read several times various attacks against the Koch brothers, mostly coming from the left, and sometimes coming from the libertarians too. Like the controversy in Cato Institute a few years ago. Charles Koch, Chairman of the Koch Industries, wrote a rebuttal to his critics yesterday. The article was reposted with comments in townhall, and hockeyschtick blog. 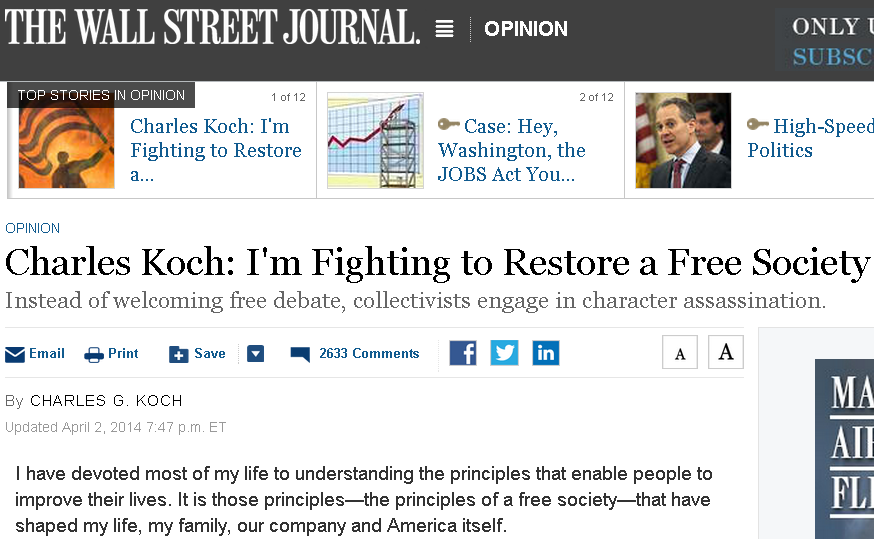 I have devoted most of my life to understanding the principles that enable people to improve their lives. It is those principles—the principles of a free society—that have shaped my life, my family, our company and America itself.

Unfortunately, the fundamental concepts of dignity, respect, equality before the law and personal freedom are under attack by the nation's own government. That's why, if we want to restore a free society and create greater well-being and opportunity for all Americans, we have no choice but to fight for those principles. I have been doing so for more than 50 years, primarily through educational efforts. It was only in the past decade that I realized the need to also engage in the political process.

A truly free society is based on a vision of respect for people and what they value. In a truly free society, any business that disrespects its customers will fail, and deserves to do so. The same should be true of any government that disrespects its citizens. The central belief and fatal conceit of the current administration is that you are incapable of running your own life, but those in power are capable of running it for you. This is the essence of big government and collectivism. 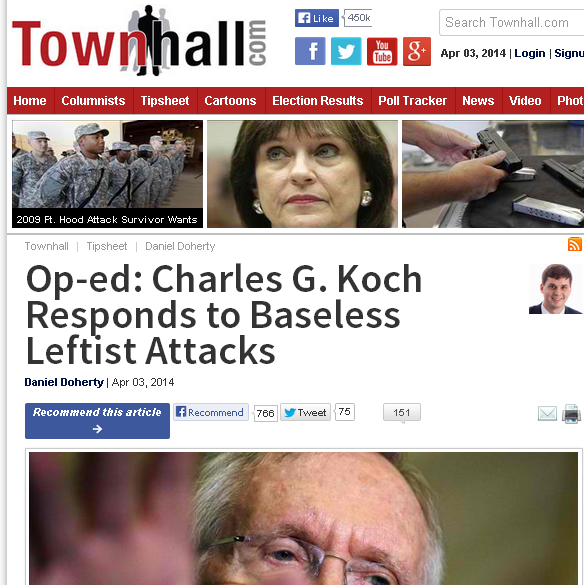 More than 200 years ago, Thomas Jefferson warned that this could happen. "The natural progress of things," Jefferson wrote, "is for liberty to yield and government to gain ground." He knew that no government could possibly run citizens' lives for the better. The more government tries to control, the greater the disaster, as shown by the current health-care debacle. Collectivists (those who stand for government control of the means of production and how people live their lives) promise heaven but deliver hell. For them, the promised end justifies the means.


Instead of encouraging free and open debate, collectivists strive to discredit and intimidate opponents. They engage in character assassination. (I should know, as the almost daily target of their attacks.) This is the approach that Arthur Schopenhauer described in the 19th century, that Saul Alinsky famously advocated in the 20th, and that so many despots have infamously practiced. Such tactics are the antithesis of what is required for a free society—and a telltale sign that the collectivists do not have good answers. 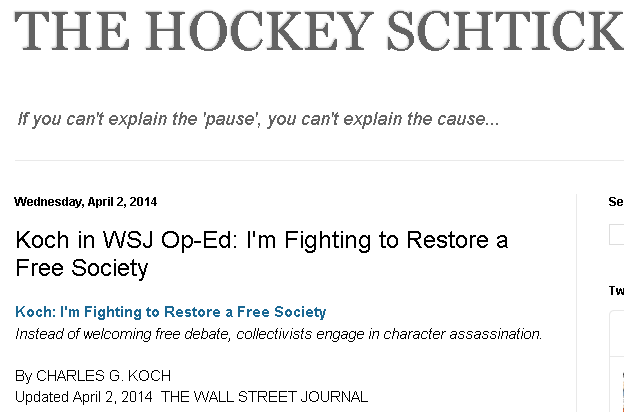 Rather than try to understand my vision for a free society or accurately report the facts about Koch Industries, our critics would have you believe we're "un-American" and trying to "rig the system," that we're against "environmental protection" or eager to "end workplace safety standards." These falsehoods remind me of the late Sen. Daniel Patrick Moynihan's observation, "Everyone is entitled to his own opinion, but not to his own facts." Here are some facts about my philosophy and our company:

Koch companies employ 60,000 Americans, who make many thousands of products that Americans want and need. According to government figures, our employees and the 143,000 additional American jobs they support generate nearly $11.7 billion in compensation and benefits. About one-third of our U.S.-based employees are union members….


Koch Industries was the only major producer in the ethanol industry to argue for the demise of the ethanol tax credit in 2011. That government handout (which cost taxpayers billions) needlessly drove up food and fuel prices as well as other costs for consumers—many of whom were poor or otherwise disadvantaged. Now the mandate needs to go, so that consumers and the marketplace are the ones who decide the future of ethanol.

Instead of fostering a system that enables people to help themselves, America is now saddled with a system that destroys value, raises costs, hinders innovation and relegates millions of citizens to a life of poverty, dependency and hopelessness. This is what happens when elected officials believe that people's lives are better run by politicians and regulators than by the people themselves. Those in power fail to see that more government means less liberty, and liberty is the essence of what it means to be American. Love of liberty is the American ideal.


If more businesses (and elected officials) were to embrace a vision of creating real value for people in a principled way, our nation would be far better off—not just today, but for generations to come. I'm dedicated to fighting for that vision. I'm convinced most Americans believe it's worth fighting for, too.
------------

(Off-topic, but related to inequality)

Here is an interesting study by PIDS that shows that the minimum wage worsens poverty. Some links:

What's your take on the study?

Another thing I observe when it comes to inequality and the minimum wage issue:

Consider the US and the Philippines:

USA: Current minimum wage is usually $7.25 to around $9 depending on the state; in this example let's use $8 per hour. Obama and his allies want it raised to $10.10 per hour.

Philippines: Current minimum wage in the National Capital Region is around 450 pesos per day. Labor groups, such as the Kilusang Mayo Uno want it raised by 125 pesos (i.e. to around 675 pesos per day).


Let's set the current minimum wages to a per day basis and in Philippine pesos (to simplify the comparison). Let's also assume a USDPHP exchange rate of 45 pesos = 1 dollar.


Observe the big difference in minimum wages. The current minimum wage in the US would already be a dream salary for probably almost every Filipino worker out there. But American workers need more (at least according to Obama and the Democrats) .

Therefore, maybe the real problem is not so much the low minimum wages, but something else. (What would that be?)

(another off-topic comment, but I find this news article and video about the LTFRB vs Makati City government free bus service funny and wanted to share it)

Apparently, the LTFRB wants the Makati city government to apply for a permit for its free bus service.

Government intervention / bureaucracy at its best coming back to haunt a fellow government unit.

Thanks Dino. The minimum wage in the Philippines is more than P450 a day, something like P600+. An employer must give: min. wage P450 + 13th month pay + COLA (allowances) + employer contributions (SSS + PhilHealth + PagIBIG) + HMO + others.

Hotels and big restaurants, industrial estates should be capable of giving that but what about those bake shops, carinderias, vulcanizing shops, sari sari stores, etc. The only reason why these small and micro entrepreneurs survive and hence, create small jobs (and there are millions of them) is because they have to skip those expensive labor costing. For an unskilled person, getting P300 a day is better than not being hired at all and earn zero.

O yeah, I forgot about SSS/Pag-ibig/etc. in computing for the minimum wage. Thanks.