Lecture on Liberalism, German Politics and the FNF

This coming Tuesday, May 06, our club and the RC of Makati Pio del Pilar will have a joint meeting with a distinguished speaker, the Country Director of the FNF, and a former Member of the European Parliament (MEP), Jules Maaten. 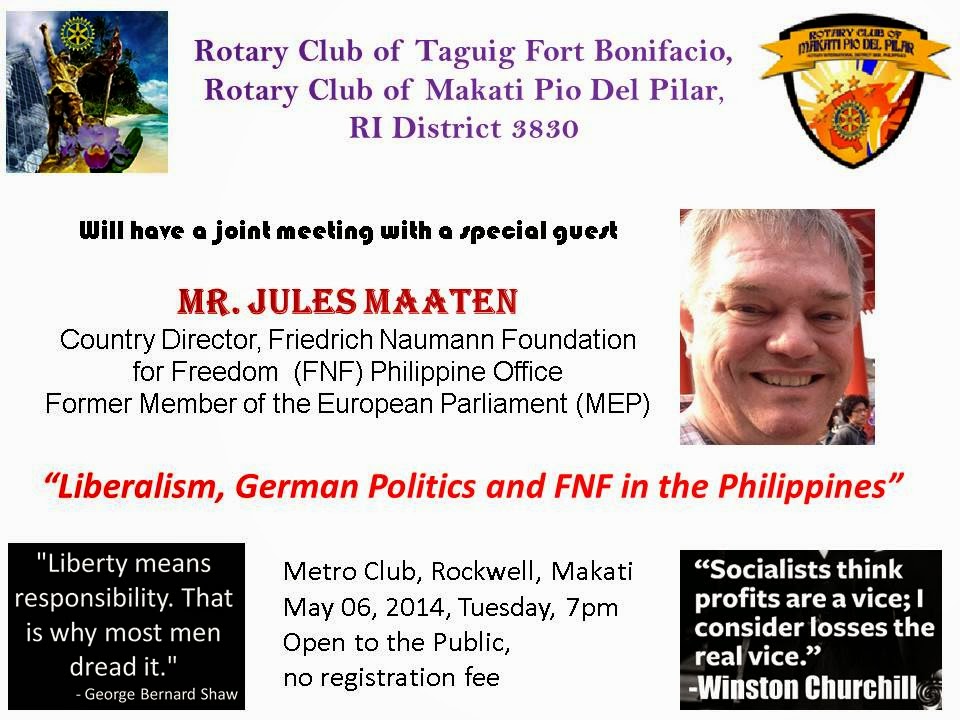 There is good feedback about this "interesting topic" and hence, we hope many people, rotarians and non-rotarians, will come and listen to Jules.

The goal of those pol. foundations is to conduct political education worldwide related to their respective political philosophy. Thus, FNF is promoting liberalism and free market, FEF is promoting welfarism and implicit socialism.

German politics is important because Germany is the biggest economy in Europe. Thus, policies by the ruling party or coalition largely determine the direction of the German economy and foreign policy. Like how to deal with the public debt crisis of Portugal-Ireland-Greece-Spain (PIGS), the future of the Euro currency, the Ukraine-Russia conflict, and so on.

As usual, no registration fee, people will just pay for their own meals and drinks. Hope to see you there, Manila-based readers. Thanks.
--------