After Manny Pacquiao beat Tim Bradley last week, grand celebration among millions of Filipinos as well as other fans of Pacman abroad. 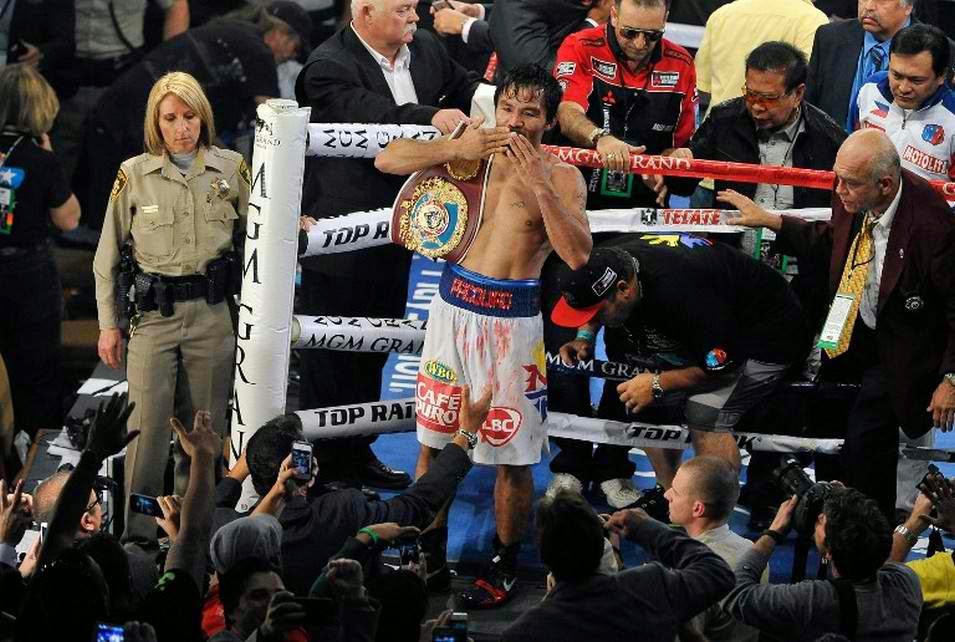 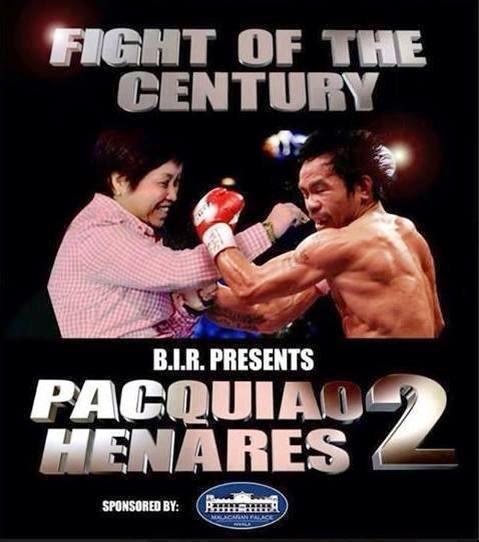 Then the next round of jokes and sattire went to Bureau of Internal Revenue (BIR) Commissioner Kim Henares, in relation to its pending tax charges against the boxing icon. of "tax evasion".

Public sentiment is predominantly against the BIR of course. 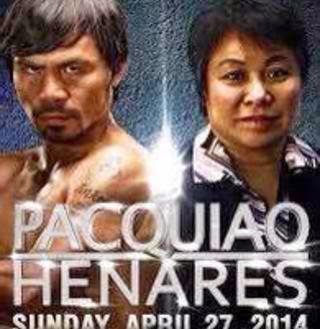 More Pacquiao vs Henares memes. The BIR will simply harass Manny, especially if he will side with the opposition in the coming elections. Aside from the prize money, reportedly at $20 million, plus possiby share in pay per view, gate tickets, etc., Manny also earns from ads. His short has prominent name and logo of Motolite battery, including the head bands of his coaching team. There is also a Nike logo in his short. For sure the BIR will go after his ads earnings too.


Commissioner Henares is known as a shooting club partner of President Aquino. A number of memes of the Commissioner show her holding a gun. 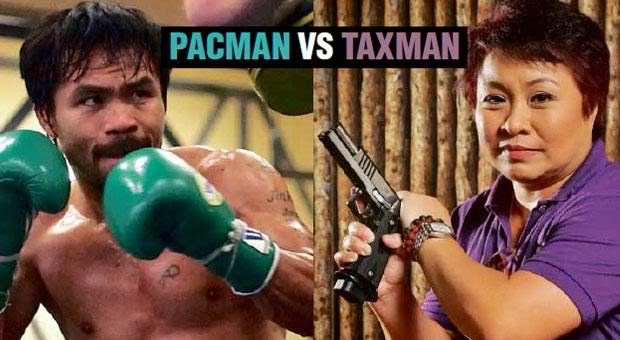 The income tax is a clear example of the politics of envy. If one is lazy, batugan, and has little or no income, most likely that person will get many subsidies and even a "cash transfer for the poor." If one will work hard, go also into boxing, soccer, etc. but he/she loses and may even have broken ribs or legs and arms, wala lang, ty na lang sa entertainment. 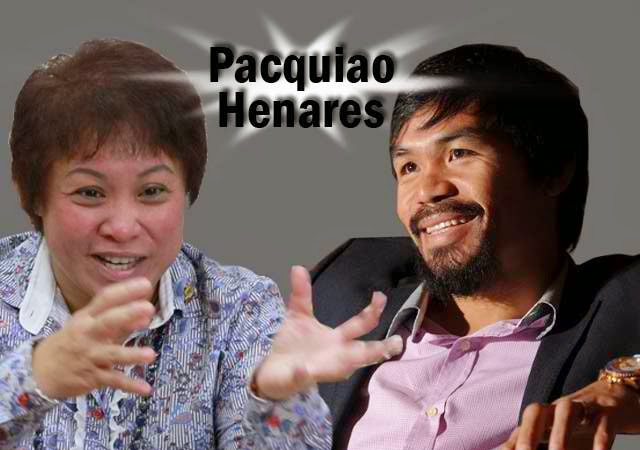 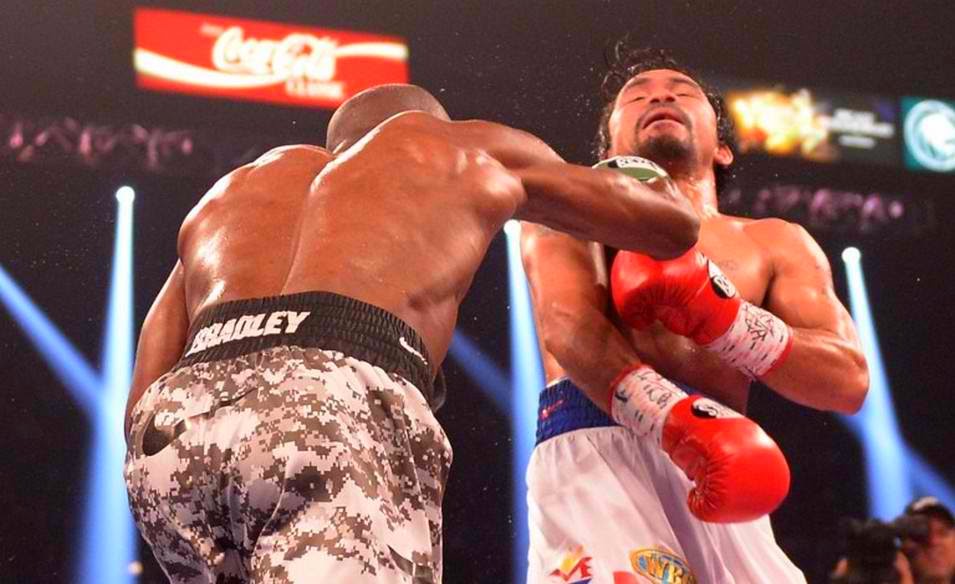 But if one is successful like Pacquiao and earns big money, there are many taxes, demand letters, even court harassment, to go after him/her. Luckily, hard working and self-driven people like Pacquiao will endure the pain of the fights and regular practices, push themselves hard, regardless of the politics of envy. More than the money, it's the joy of winning a competition that drives them hard. Pushing to give pride to fellow Filipinos. 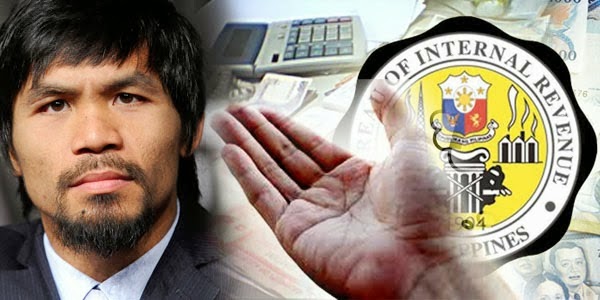 Meanwhie, Nanay Dionesia, Manny's mother, was a scene stealer during the fight. She was seen mouthing some prayers or spell as the Pacquiao-Bradley fight was on-going. 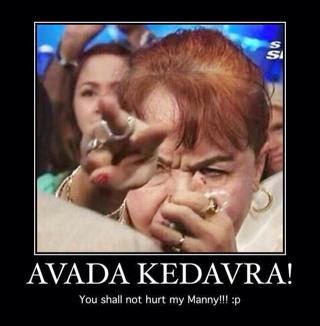 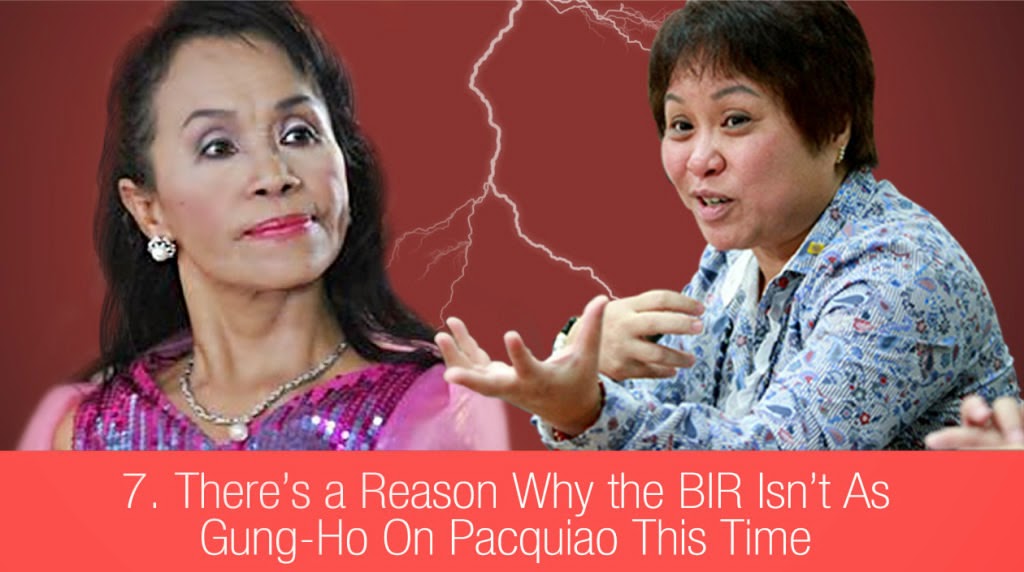