India is the world's biggest democracy. People directly vote their representatives and local executives. And they are doing it now, in India's general elections 2014, happening in various phases from April 07 to May 12, 2014.

I like this article by a good friend, Barun Mitra, founder and Director of Liberty Institute (LI) in Delhi. Originally posted in LI website last April 09, and reposted in EFN Asia website last April 11. For brevity purposes, I removed certain details from the original article so that readers here can focus on Barun's general argument,


dynasties may exist in politics but democracy has the power to equalise the dynasts. The diminishing power of the political families in India bear testimony to (this). Democracies have little to fear from political dynasties. As long as the elections are free and fair, it is the dynasts who need to fear political marginalisation or oblivion once the voters give their verdict.

Check the two links above to read the article in full. The photos I got from the web and not part of Barun's original article. Enjoy reading.

Any discussion on dynastic politics in drawing rooms or in the media, usually degenerates in to a slanging match. One side tries to wrap itself in a democratic halo, and who see political dynasties as anathema in democratic polity. The other side aggressively argues that after all the dynasts do have to get democratically elected too and therefore legitimate. 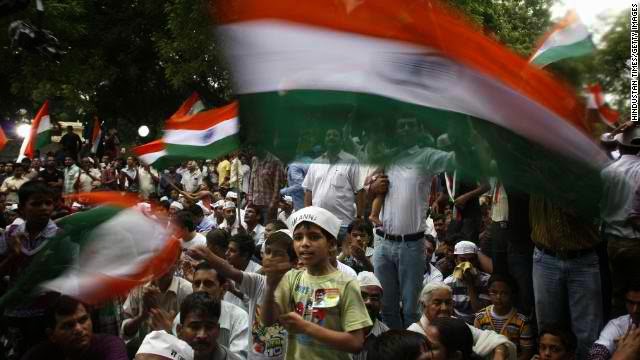 Hardly any political party is immune from their own dynasties, small or big. The list of candidates related to political families in the 2014 election is a long one indeed.

The Nehru-Gandhi family is of course seen as the standard bearer of political dynasties in the democratic world. Since Independence in 1947, three members of the family has been elected as India's prime ministers, another son became notorious for wielding enormous extra constitutional power, without actually holding any elected office. A daughter in law came quite close to the ultimate political position, but political necessity ensured that she renounce office. And a son who seemed reluctant to join the race, and can't figure out either to get off the track, or take the plunge whole-heartedly.

This is the beaten track, travelled many times in the past. However, what seems to have been almost completely missed by the critics and supporters of political dynasties is that like in all other fields of life, there is a consistent diminishing returns for the dynasties in politics.

Motilal Nehru was the patriarch, and twice president of the Indian National Congress, during the British colonial rule. But it was his son Jawaharlal Nehru, a protégé of the original Gandhi, the Mohandas K Gandhi, who became India's first prime minister.

Nehru won three successive general elections and was in office from 1947 to 1964. Indira Gandhi, Nehru's daughter was selected for the post by a powerful section of the party bosses to be India's Prime Minister, following the untimely death of Lal Bahadur Shastri, in 1966. Indira was in office through the tumultuous days of the emergency rule, till 1977,when she became the first of the many prime ministers since to lose a general election. Although she led her party to another victory in 1980, and had yet another turbulent term in office, she was assassinated in 1984 by her own bodyguards.  Mrs Gandhi held the high office for about 15 years.

Rajiv Gandhi took office within a few days of his mother's tragic death in 1984, swept the elections a couple of months later, and won an unprecedented 3/4ths majority in Parliament. He came in with great hope, but in the later half of his term his government got embroiled in corruption scandals and political crisis, and lost the general election in 1989. Since then the Congress party has never been able to win a majority of seats in any general election. And no one from the Nehru-Gandhi family has been the prime minister in the past 25 years.

No one can say with certainty whether another one from the fabled family will become India's elected prime minister in the foreseeable future. This dynasty has clearly seen better days. Democracy has been a great leveller.

Not surprisingly, the other political families in India have not done any better. In fact, one would be hard pressed to find a political family whose star is on the ascendant.

Charan Singh, once a very powerful chief minister of Uttar Pradesh, went on to hold the prime minister's post for only a few months, and became the first PM who never faced the Lok Sabha….

In Maharashtra, the Shiv Sena had been led for decades by the fire brand Balasaheb Thackrey….

In the small but prosperous state of Punjab, one family, the Badals, has survived the past 3 decades. Following the decade long separatist violence in the state in the 1980s, the society started picking up the threads again in the early 1990s….

In the Himalayan state of Jammu & Kashmir, the family of Sheikh Abdullah has been the preeminent political family since the 1950s….

There are many lesser families, which have survived but experienced diminishing political status…There are countless other examples of offsprings trying to wear the mantle of their ancestors, and failing.

So far, the only exception to this diminishing political trajectory traversed by the dynasties, has perhaps been the Patnaik family in Orissa….

Political dynasties may get a head start, but ultimately they have to perform to meet voters' expectations, or perish.

While every political party has its own dynasties, preeminent or localised, equally every party has tried to leverage a split in the dynasties to undermine the family brand. The most famous schism is in the Nehru-Gandhi family, where the widow and son of Sanjay Gandhi, are today prominent members of the BJP…

There are many members of parliament who come from political families. But equally there are many others who try to enter politics on the back of their family connections, but fail to make a mark electorally. The numbers in the latter category would be far larger than the former category. Unfortunately, there is no register of documenting familial ties among those in politics.

But one thing is clear, dynasties may exist in politics, but democracy has the power to equalise the dynasts. The diminishing power of the political families in India bear testimony to the deep roots democracy has struck in the country.


Democracies have little to fear from political dynasties. As long as the elections are free and fair, it is the dynasts who need to fear political marginalisation or oblivion once the voters give their verdict.
---------