The World Wildlife Fund (WWF) and Earth Hour campaigners could be jumping with joy with this news. Up to six Earth Hours everyday in some areas of Mindanao, wow. 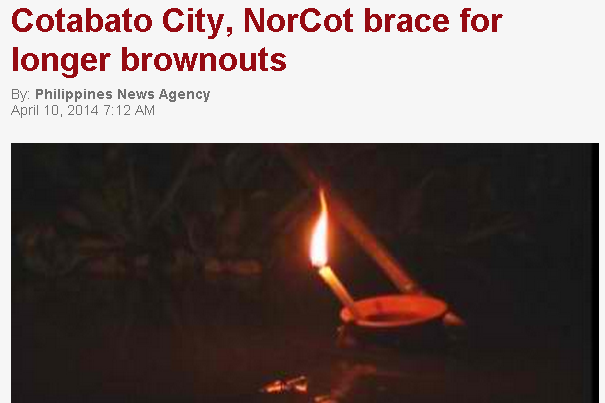 KIDAPAWAN CITY -- Power consumers in Cotabato City have been experiencing two to three rotating power interruptions due to limited power supply Cotabato Light and Power Company (Colight) had been getting from the National Grid Corporation of the Philippines (NGCP).

Kidapawan City and other service areas of the Cotabato Electric Cooperative (Cotelco) have been experiencing four to six hours power interruption every day since last week.

Lory Tan, Yeb Sano, Vince Perez and other leaders of WWF, the chief campaigner of Earth Hour, will deny of course that they are jumping with joy. But that is what they are campaigning, that power plants should come mainly from renewables like hydro, biomass, solar and wind.  If coming from dirty "non-renewables like coal and natural gas, they are unhappy because such energy sources contribute to "man-made/anthroogenic" global warming and climate change. The renewables on the other hand, help "save the planet."

Meanwhile, the anti-Meralco, anti-privatization of NPC hydro plants, or even anti-coal crusaders, cannot go full blast in their campaigns. Even if Meralco is not in Mindanao, even if the hydro plants are in the hands of government, even if coal power is very limited in Mindanao, brown outs, which are worse than power rate hikes, are happening. 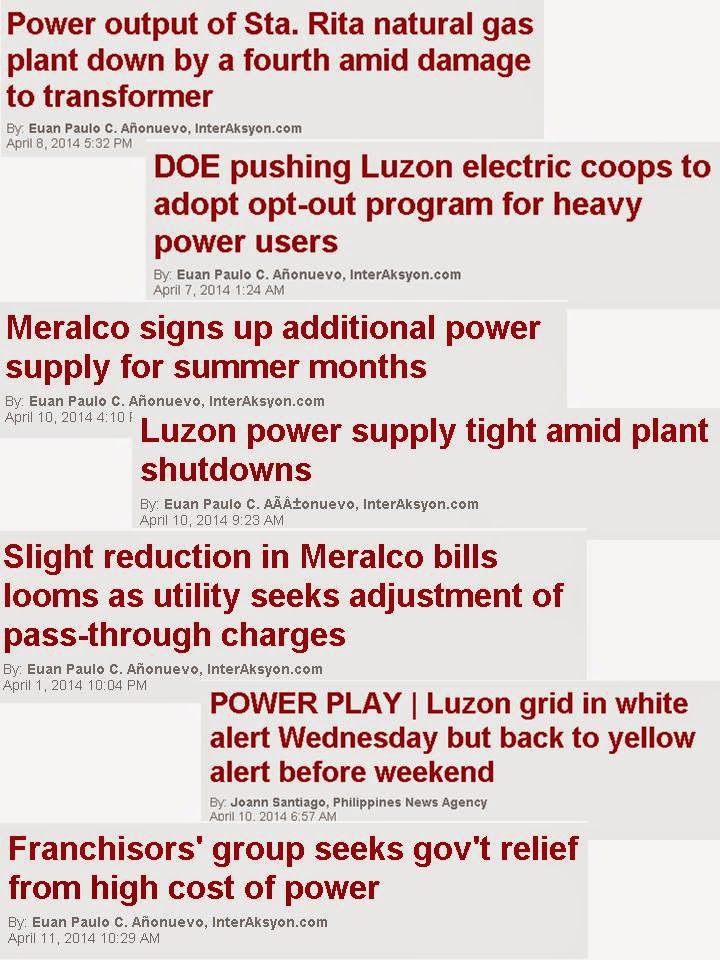 In Luzon, even outside Meralco area (M.Manila, Cavite, Rizal, Bulacan), tight or low power reserves (only 200-300 MW instead of the relatively safe 600 MW) can mean rotating brown outs if just one power plant with 300 MW capacity will suddenly conk out. A small bearing gave way, which damaged the big bearings, which damaged other moving parts, and power supply is suddenly zero. These are parts of daily realities, that is why high reserves by base load plants, at least 600 MW, is important.

Peak load plants like diesel can provide extra power of course (peak hours are usually 11am to 2pm weekdays, then 7-9pm). But diesel is expensive compared to coal, hydro or natural gas. So using diesel plants will mean higher generation charge, which constitutes between 50-60 percent of our monthly electricity bill. Then the anti-power rate hike groups will rally in the streets, go to Congress and Supreme Court, go to mainstream media, facebook and twitter, to oppose any power rate hike.
-------- 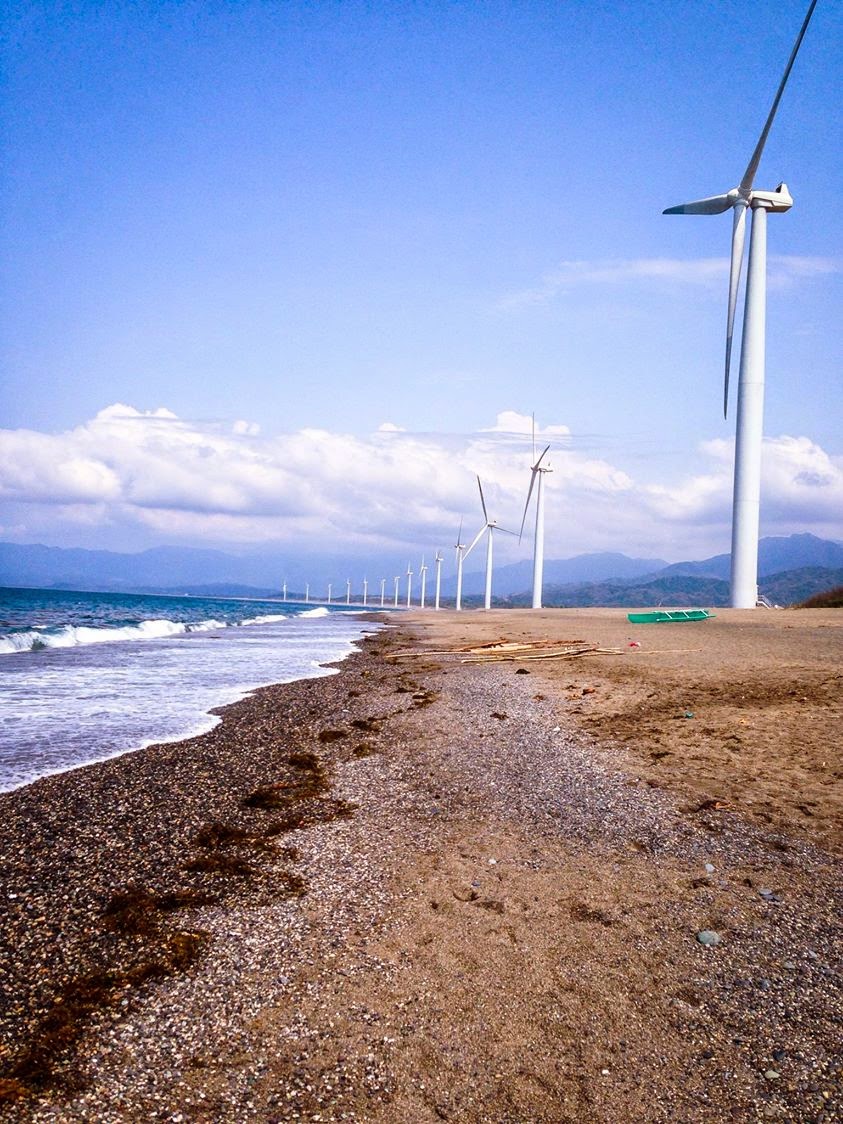 See the windmills, there are no houses and fishing village, no beach resorts either, no other business enterprises. This is because some of those wind towers can fall down someday, or the blades can overheat and also fall down. Hence, dangerous to people and structures.

But don't those wind plants bring down the cost of electricity in the country? No. On the contrary, they contribute to expensive electricity because of the feed in tariff (FIT) that they are entitled to, courtesy of the Renewable Energy (RE) Act of 2008. The FIT for wind power is P8.53/kwh, and for solar, P9.68/kwh. FIT is add-on charge to existing generation charge. So if average generation charge for the month is P5/kwh + FIT of P8.53 = P13.83/kwh. Electricity consumers, residential or commercial or industrial, will bear this burden.
--------------