Tax Cut 19: BIR Regulations for the Self Employed and POHTA

SELF-EMPLOYED professionals will now be required to submit a list of their service fees as part of registering with the Bureau of Internal Revenue (BIR), which is spearheading the government’s efforts to improve monitoring of the sector’s tax compliance.

Revenue Regulations 4-2014 (RR), dated March 3 and published in a newspaper Friday, imposes new requirements for the registration of professionals with bureau, meant to "aid ... in conducting tax audit and boost revenue collections in such sectors".

"In line with the BIR’s campaign to promote transparency and to eradicate tax evasion among self-employed professionals, the BIR has consistently enjoined them to comply with the BIR’s requirements on registration...," the regulations state. "In order to complement these efforts, there is a pressing need to monitor the service fees charged by self-employed professionals."

"In addition to the requirements for annual registration, all self-employed professionals shall submit an affidavit indicating the rates, manner of billings, and the factors they consider in determining their service fees upon registration and every year thereafter on or before January 31," it noted.
----------

Comments from some friends of this new BIR regulation in facebook: 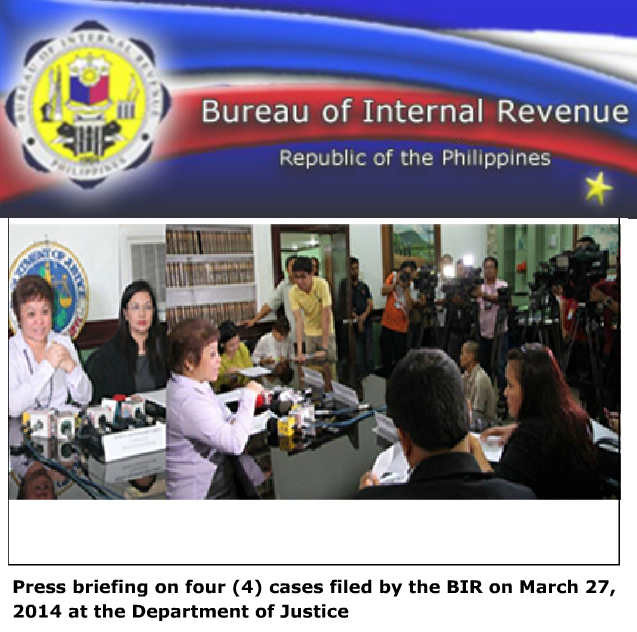 1. The BIR is making it more complicated. Make it simple so it's easier to comply! There are a few things where harder is better and this is not one of those.

2. They are asking for a revolt. And how am I supposed to give them a schedule of standard costs? Bawat proect ko iba-iba ang presyo. Tell them how I compute my price? There is no equation. It's mostly gut feel. So paano na?

3. They don't even understand how the industry works. How rates vary with a professional's skill level in relation to a project's time frame. etc etc ang dami e.

4. They are asking for peripheral evidence of business operations beyond receipts and tax declarations. This will give them a separate metric to compute your taxes. Or how much taxes they think you should be paying. If they see a lot of appointments in your book of appointments, but you tendered few ORs, they will tag you as a tax-evader. Freelancers know that only a small percentage of meetings become income sources. And it becomes the freelancer's burden to prove that they paid the correct amount of tax.

This is tantamount to being witnesses against ourselves. Even as a non-lawyer, I know that that is not legal. This is nothing but oppression.
-------

Another friend suggested to create a new group, the Professionals Opposed to Harassment by the Tax Authority (POHTA). It's a joke of course, the acronym is simply funny. (For non-Filipino readers, "puta" or "pota" is Filipino word for bitch).

Government is getting more tax hungry. There should be a Civil Service Commission (CSC) regulation, or perhaps a law, mandating that government work, local and national agencies combined, elected and appointed combined, should be max 10 years, Peole in government should learn to work in the private sector and be net taxpayers, be subjected to the same rules, laws and prohibitions that they have created and/or implemented, instead of being bureaucrats forever.

One problem here is that ALL agencies in the government are begging, pleading and crying, "we need more money". From agri to public works to police to LGUs to military and its "new $524 M jet fighters procurement" and various "save the planet" spending like the $400 M (P17.2 B) ADB loan for e-tricycles and so on. BIR is under pressure by all those agencies and Congress, so BIR is now pressuring the professionals in the private sector. It's the whole philosophy of ever-expanding government ever-expanding taxes and tax harassment.


A citizens revolt, active or passive, against endless expansion of government and their endless wastes and corruption, against endless taxation and harassment, should build soon. A policy of tax cut not tax hike, tax simplification not complication, should be advanced.
----------

Another controversial BIR ruling last year was revenue regulation no. 18-2012. Not so much the content but the manner it was published to the public.

I'd like to include as well SSS/PAG-IBIG which you mentioned in our mini-discussion in the other comment page on Inequality 17.

********
SSS
I wonder how important SSS is that your membership has to be mandatory. As far as I know (I might be wrong), what they primarily do with your money is to place it in investments (stocks, etc.). Then when you're retired, you're supposed to get the money back (retirement benefits/pension). But obviously the greater bulk of the returns from their investments go to the SSS employees and board (napabalita dati na ang lalaki ng bonuses nila. wow).

If that's the case....
(a) why not let companies set up their own retirement funds for their employees? (yung iba may ganito tulad ng PLDT Beneficial Trust Fund, San Miguel, etc)

(b) Why not teach financial literacy to citizens? This will help a lot so people manage their own money and not be dependent forever on the government until retirement.

(c) As a follow-up to (b), why not try bank deposits, trust funds (UITF) of banks, or mutual funds? If one is not confident with his financial skills, one can try these funds which practically function the way as SSS. Buti pa nga ang bangko at least honest sila na negosyo sila. Ang SSS, "public service" kuno pero ang lalaki naman ng bonus ng mga board member.

Before, membership in PAG-IBIG is optional but changed a few years ago (2009 or 2010) with a new law. Same question, why the need for a mandatory membership?