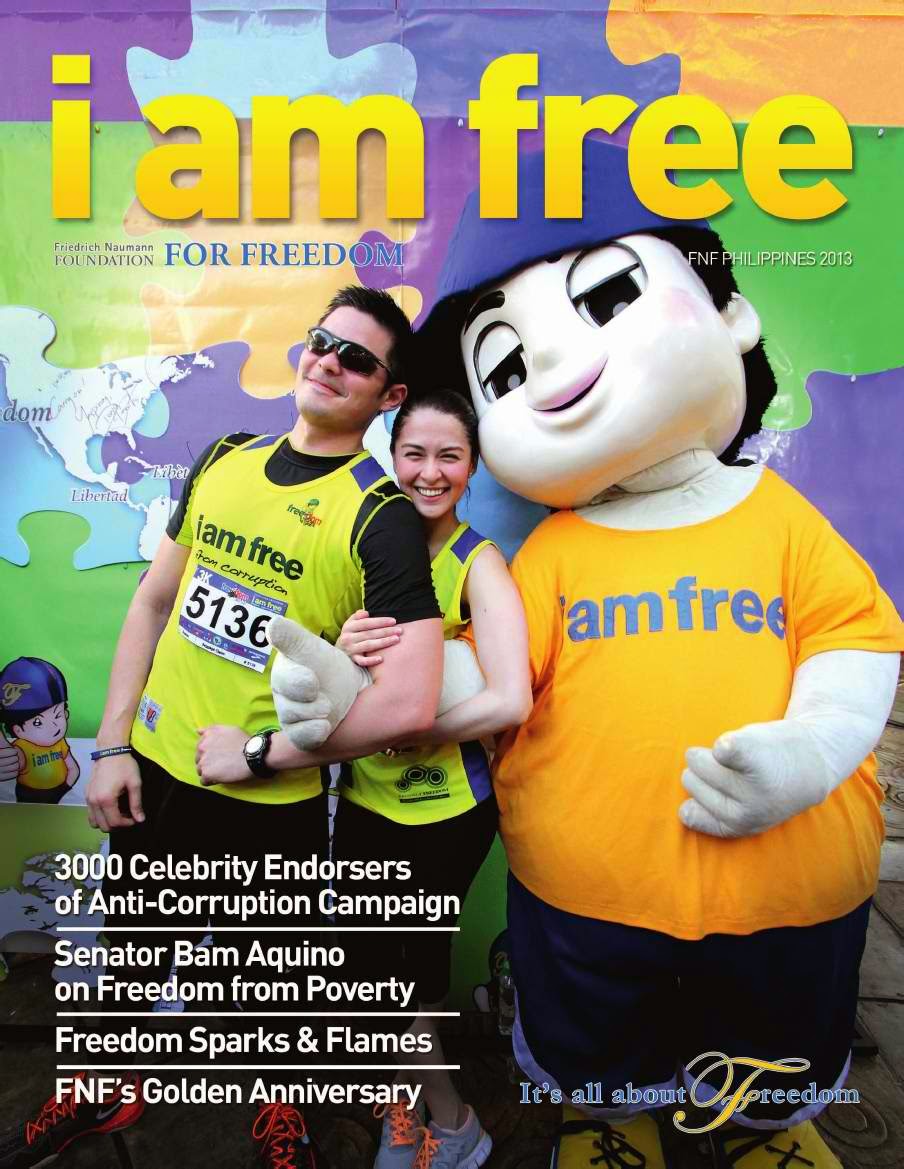 I just discovered that our profile photos, recipients of the FNF's "Freedom Flame" awards last year, are in scribd, I am Free Report 2013. I saw the hard copy of the magazine earlier.

Yes, that's Dingdong Dantes and Marian Rivera on the cover. They joined the Freedom Run 2013, the same day where the Freedom Flame awards were given in the evening. The mascot is called "Fredo", championing freedom.

2nd row: Evangelista is a journalist, Garchitorena is formerly of Ayala Foundation, Gascon is UnderSecretary at the Office of the President, Guingona is with an NGO and the Actors Guild.

3rd row: Keh is with Kaya Natin Movement, Medina is with Ateneo Law Human Rights Center, me, and Padaca is Commissioner at the Commission on Elections (Comelec), also former Governor of Isabela province.

4th row: Pangilinan is former Senator, Sarmiento is a Congressman. 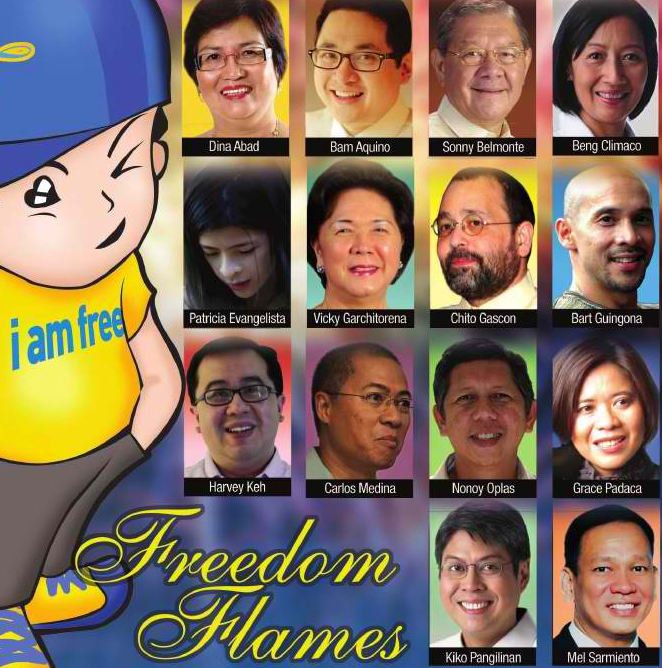 I was very lucky to be selected as one of the awardees last year. Well, each of us filled a particular role. Mine is more on propagating the philosophy of classical liberalism, of individual liberty, personal responsibility, rule of law, free trade and limited government. Less government is good government.

Thanks again to the Friedrich Naumann Foundation for Freedom (FNF) for that evening of recognition.
---------