There is another proposal by the Department of Transportation and Communication (DOTC) to introduce a bus rapid transit (BRT) system in Metro Manila, Cebu City and Davao. Photos below of various BRTs in other countries I got from the web. 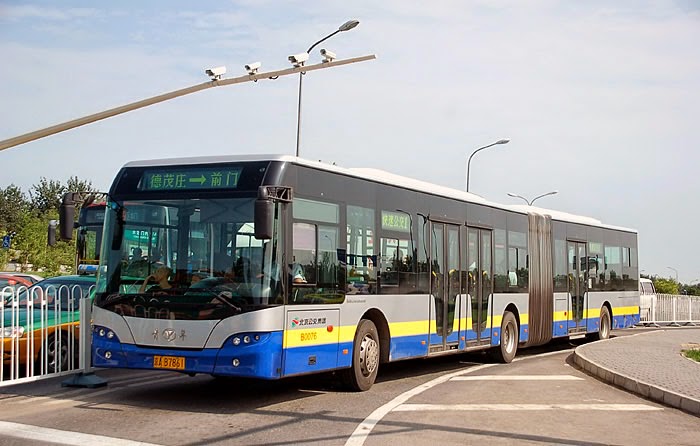 In the metropolis, the key features of the system, according to this report from rappler, DOTC eyes bus rapid transit, more walkways, car-less cities.

·         Bus-only lanes that make travel time faster because buses are not delayed by other vehicles on the road.
·         Dedicated lanes are in the center of the road to keep buses away from busy curb-sides that can also cause delays.
·         Fare collection is done at the station instead of on board the bus to eliminate delays caused by passengers paying the driver or conductor.
·         Buses will be given priority at intersections.
·         Platform for boarding will be level with the bus floor for quick and easy boarding.

The DOTC is putting up a 28-kilometer BRT worth P4.65 billion. The system will run from Manila City Hall to Fairview in Quezon City, passing through Quezon Avenue and Commonwealth Avenue. 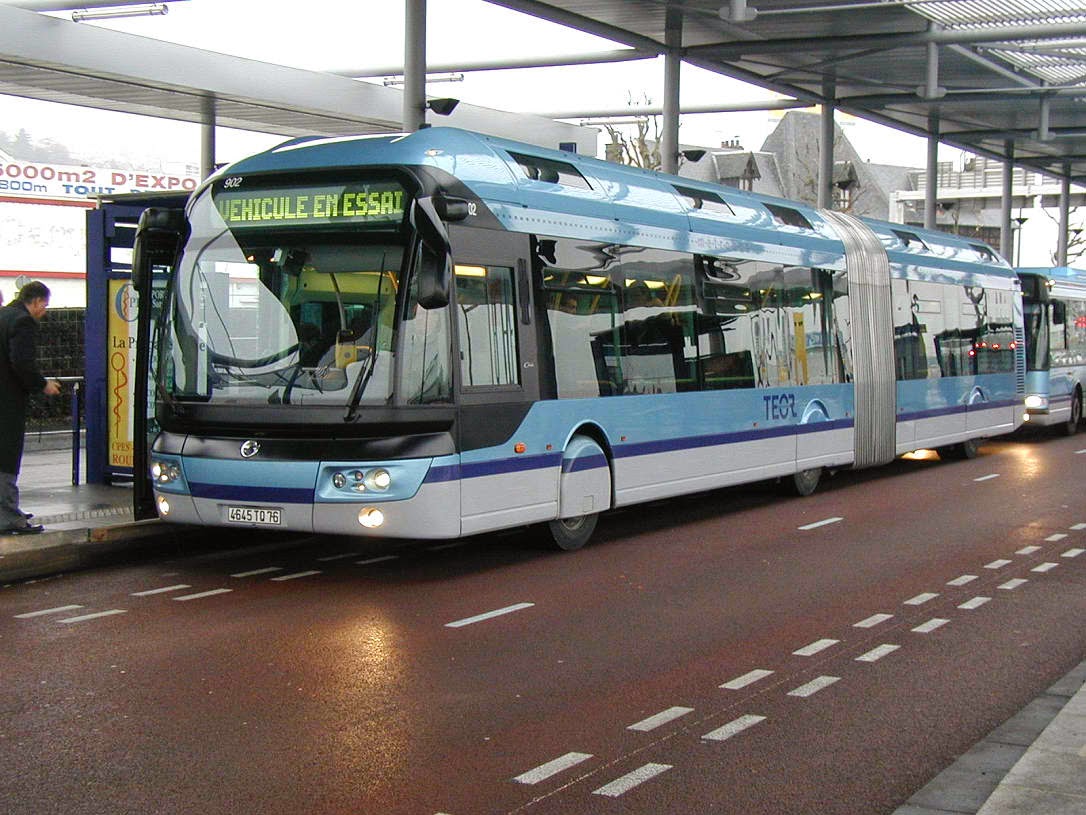 There is one big problem in this proposal. Because of poor peace and order problem (government failure to maintain peace and order, corrupt police, etc.), people live in gated villages with their private security. These villages and subdivisions are normally far out from where the trains and the proposed BRT will be.

Assume for the sake of argument that the BRT is already in place along Quezon Avenue to Commonwealth Avenue, also in Edsa. For people coming from Las Pinas or Paranaque or Fairview/QC, this is what they will go through:

(1) ride tricycle from village to secondary or primary road
(2) ride jeep or bus from there to MRT/LRT/BRT station
(3) ride train/BRT to Makati or Ortigas or Manila
(4) ride jeepney or fx van to final destination. 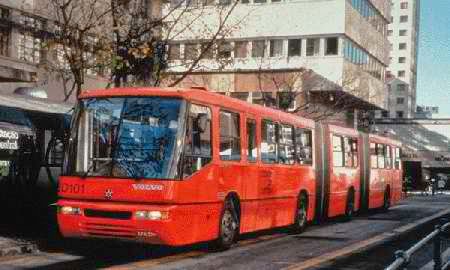 Four rides from house to office. Or it can be three rides, assuming that #2 above is eliminated. Going back home, another three or four rides in reverse sequence as above. if you are wearing a formal corporate dress, carrying a laptop and important documents, or some big cash, would you leave your car at home and endure the above 8 rides a day, 5 days a week?

Some would say Yes, but many middle class and rich people would say No. And that is why people bring their cars everyday and endure the traffic congestion, endure the difficulty in getting paid parking, just to maintain their poise, or at least not risk being held up or snatched somewhere along those 6-8 rides everyday. 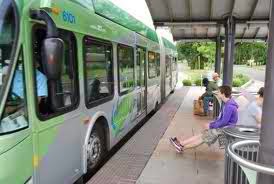 A good example is Commonwealth Avenue in Quezon City., the country's widest road with 8 lanes both sides. On each side of that road from Philcoa to Fairview, there are dozens and dozens of private villages and informal settlements. If one lives in any of those villages or settlements and go to Ortigas or Manila or Makati, elsewhere, the above 8 rides a day apply. This makes going to work via public transpo -- even with an expanded MRT, even with a proposed BRT in operation -- very inconvenient, costly and time consuming. Try riding a tricycle with your corporate attire and personal/office documents, 5x a week, worse during rainy season, and you will understand why that "carless city" even for many middle class is just fiction, like Batman and Spiderman fiction stories.

The other DOTC proposal is to have more bike lanes. It looks and sounds fine, but then again, not everyone is physically or mentally fit to ride a bicycle. Or not everyone is willing to endure direct sunlight plus buses/trucks pollution, or endure the rains and street flooding during the wet season. 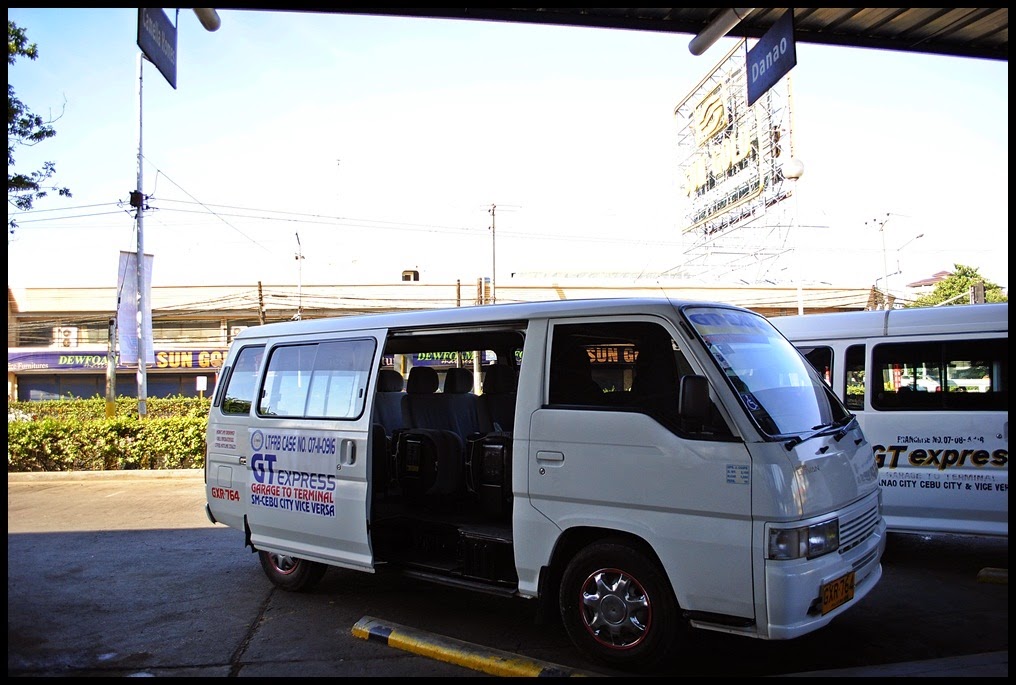 The quick solution to the above 6-8 rides a day, 5x a week, are those air-con vans. They serve like school buses, picking up passengers from their house or at least village gate, to final destination in Makati or Global City, Ortigas, Eastwood, Manila, etc. It is convenient and generally safe too. But it can be costly too, and the queueing at designated terminals at residential areas, then terminals at office areas, can be long and tiring. Why? Because the number of legal, “non-colorum” vans is limited.

The DOTC’s Land Transport Franchising and Regulatory Board (LTFRB) has made getting a franchise for each aircon van very costly, up to P150,000 per unit, I heard, exclusive of bribes just to hasten things. It is deliberate on the part of LTFRB to make things very costly, very bureaucratic and time consuming, so that van operators will be forced to kneel before them, or go "underground", ie, "colorum" vehicles. And harassment and extortion of colorum vans is even higher, daily or weekly. Result is that supply of legitimate, "non-colorum" vans is limited. Passengers suffer. 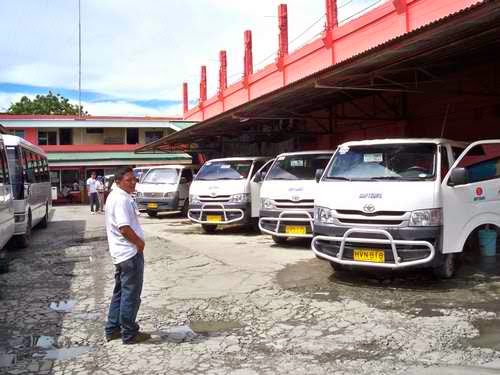 Transport problem is a market problem with market solutions. No different from people getting hungry at lunch time but have no time to cook food on their own, so carinderias, cheap and expensive restos, fast foods, just show up to fill this market demand.


The DOTC and LTFRB should recognize that they are mainly the source of the transport problem, not the solution. Their bureaucratism and extortion mentality restricts if not kills more realistic market solutions to market problem of public transpo. But since those guys are dishonest, along with many other government agencies, national and local, they will never recognize that they are the problem.
------------

Thank you for such wonderful and interesting article.