Obama in Manila and Air Force One 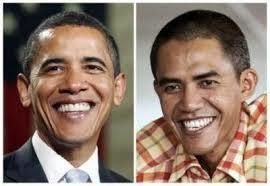 Some of my friends in fb posted funny comments, others were angry at the heavy traffic caused by road closures where Mr. Obama and his tight security will pass by.

The photos, I got from fb too, which are generally funny. Like this one below, Pres. Obama telling Pres. Aquino that the former does not want to see the latter's showbiz sister. 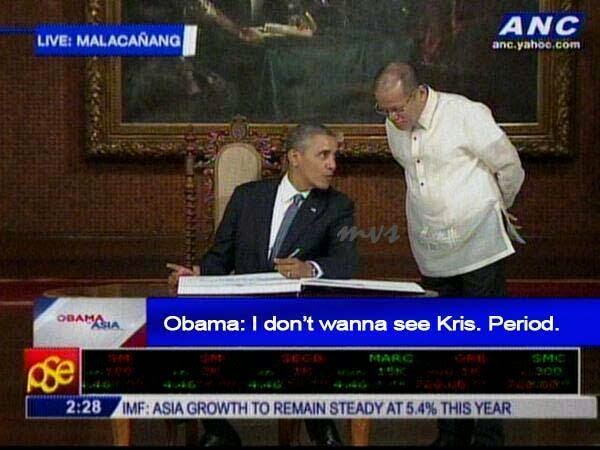 Below are from JB Baylon. He gave me permission to post these fb status, from yesterday until today. Thanks JB.

PICTURE THIS: President Obama and party drive up to NAIA Terminal 1 tomorrow afternoon for their flight home. A security guard asks to see his passport and ticket. Obama says he has no passport on him nor a ticket. So the guard asks, "What airline?" And Obama smiles and answers - "Not an airline, I am president of the United States and I am going to Air Force One". And finally the guard smiles and says, "Oh sir you have to go down that street (pointing in the direction of a popular uhm watering hole)...you will see Air Force One. Many government officials are there already drinking and waiting for you!"

NO WIVES! Did you notice? Michelle Obama was not with her husband when he emerged from Air Force One? So wives should not question why their husbands never bring them along to Air Force One!

THEORIES ON THE SHORT VISIT: Why did the POTUS spend only one night in Manila when he spent two in Malaysia and more in Japan? There are many theories. 1) Because we are "America's closest ally", we didn't need much "convincing" to be supportive of America's plans in this part of the world. 2) Obama didn't want to stay long enough to be presented a laundry list of PX goods that we need, from military equipment to the iPhone 6; 3) What's there to see in Manila really, other than a few Spanish-era churches and structures? 4) Michelle heard about the "other" Air Force One and knowing the track record of the Secret Service was worried that they'd be in cahoots with POTUS in going to the wrong one; but really 5) Michelle was worried that if Obama stayed longer, he might do what other foreigners have done: ditch her and marry a Filipina! Amen?

From Dennis A:
There was a rally at the US Embassy before President Obama arrived. One placard said, "Yankee go home! And take me with you!"

From Francis B:
Fuck you Obama! Your damn motorcade has me stuck in traffic for two hours! Fuck you too, Commie protesters! My manager's birthday party was at 3pm. It's 5:30pm now. I have 71 Kg of frozen chicken in my car starting to melt!


in 1986, Americans had the technology to exfiltrate a President from Malacañang by helicopter. They couldn't do the same in 2014? You would expect that a place called the "Ninoy Aquino International Airport" would have a few of these whirlygigs just lying around...

And these damn protesters... ancient Filipinos invented something called "sidewalks" where you can stand and walk all day, unlike roads where cars drive. Protest all you damn want, just have the damn courtesy to not bother people minding their own businesses!

Yes, the leftist Bayaan Mo Na had a grand time rallying in the streets – and further contributed to traffic gridlocks in parts of Manila. The mainstream media loved sensationalism, so they were interviewing the Bayaan Mo Na leaders daily. 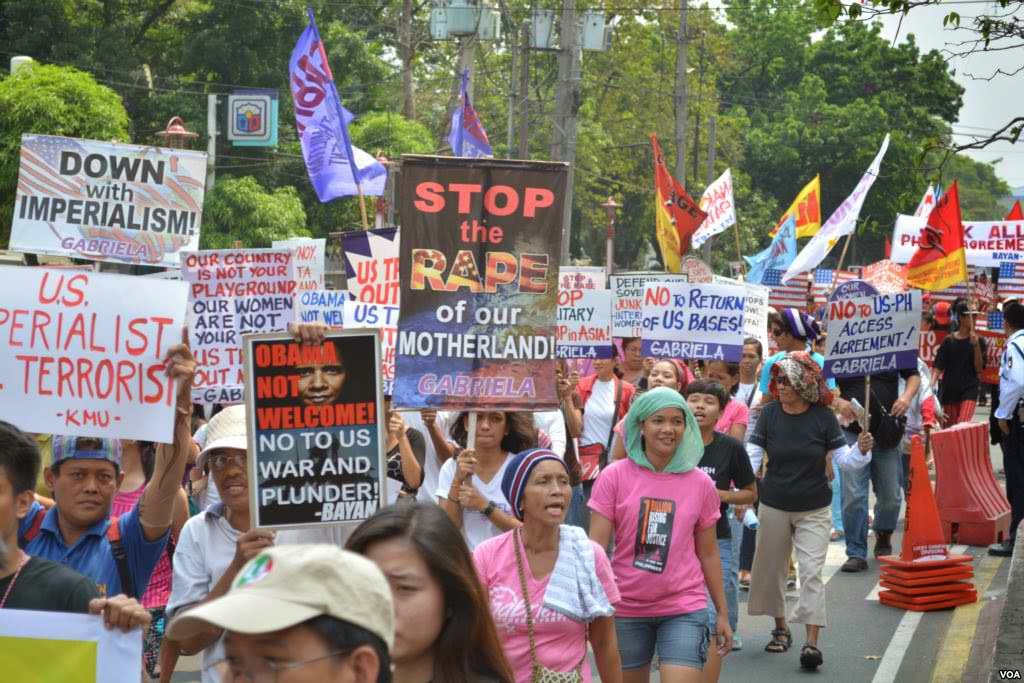 Some of the jokes are pointed on these leftist leaders. 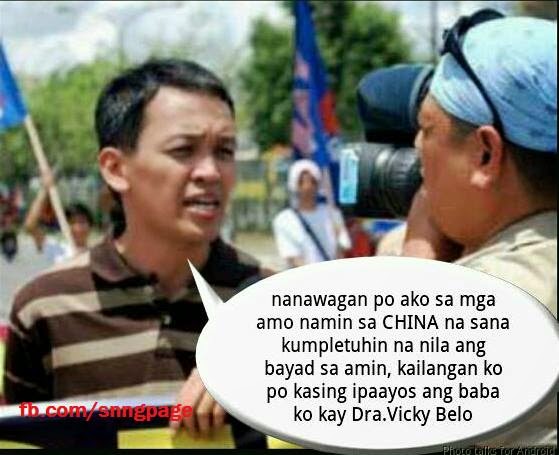 Personally I did not pay much attention to the Obama visit. Being a non-fan of any militarist solution to the on-going territorial and diplomatic tension with China, I think the new defense agreement between the US and PH will fan this militarist approach. China did not become economically dynamic by sending battle ships to any of its major trading partners. It grew fast by sending thousands of cargo ships yearly, via international trade and investments, into its trading partners including the PH.
--------

Is Manila already worse than bad, due to construction of the skyway extension? Or has that started yet?

I can only imagine how bad that got between Manila and the airport.

By the way, helicopters can be transported with the President. I don't know why they wouldn't of.