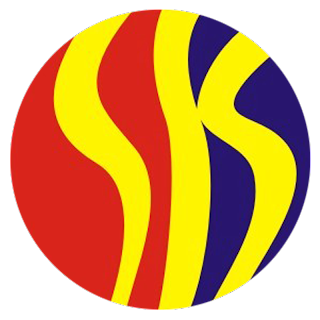 The Sangguniang Kabataan (SK) or "Youth Council" at the barangay or village level, is creating baby political dinosaurs out of otherwise simple and non-politicized youth. The design, like the "party-list" system, is wrong from theory to practice; from concept to implementation.

At ages 15 to 18, the youth these days have lots of things to do aside from politics. Foremost of which is to study in high school or in college. If they are in school, there are lots of avenues for school, civic and community involvement as there are various clubs, academic or otherwise, and school councils. There are also school papers or campus journalism opportunity.

If the youth at that age bracket are not in school, then most likely they will be working, mostly in the informal sector or in the house, like helping taking care of younger siblings, both of which can make them busy.

Thus, there is really no need to elect and sustain tens of thousands of young politicos, to be funded from taxpayers' money. The youth should be diverted away from politics and unproductive political wranglings whenever possible. There are plenty of anecdotal evidences of how the youth learn to practice bribery and corruption at a young age just to win elections at the barangay or village level.

Nonetheless, it is good that there are sentiments and proposals in the new administration, to abolish SK. Among such officials is the Secretary of the Department of Interior and Local Government (DILG) himself, Sec. Robredo. He was reported in this news report today, for instance, DILG chief seeks SK abolition.

Portion of the report says,

Robredo said the youth council has not proven itself to be functional and effective in delivering services to the community.

But scrapping of the SK will not mean that the youth will be deprived of a voice in the community. If anything, it will actually strengthen the position of the youth since a youth representative would now be a regular member of the barangay council when before they only sat as an ex-officio member, he said.

The abolition of the SK will save the government approximately P3.5 billion in expenses.

I hope that this move will attract more public support. For the future of our young people, and partly, for the sake of our pockets as taxpayers.
Posted by Bienvenido Oplas Jr at 5:06 PM

Basically, you are arguing for the abolition for the SK because it breeds corruption. By your logic, if anything breeds corruption, such as many government offices and business practices, then we should do away with those as well. The water doesn't hold.

If your aim is to stop corrupt campaign practices, then it makes no difference because the youth can still run for that lone barangay seat which they can campaign for in the usual abhorrent manner. Really, stopping SK candidates from distributing candy is our problem when much of last election's campaign spending has yet to be accounted for? Shame.

Granted, the office may have fallen into dysfunction, but it shouldn't affect the principle that nobody is too young to do something for the country. There is nothing more insulting to me than telling the youth, the people whom we tout as the hope for our future, to simply run away and play with their toys. Tighter regulation and stricter monitoring for the SK should be the way. Your argument for abolition does not make sense.

Wrong, Benjamin. Im arguing that the young should be busy in their studies (high school or university) or in their work (at home or elsewhere), not in politics. I wrote there, a student can serve in their student council, student publication, various civic and academic organizations, all of which are public service too. Why should they be in politcs?

Their involvement or non-involvement in corruption is secondary to the above argument. Please read my paper again. Thanks.

. ALAM MO PO ? NAKALULUNGKOT PONG SABIHIN .. YOU'RE UNDER ESTIMATING YOUNG PEOPLE . AND IF YOU'RE TALKING A LOT OF THINGS ETO LANG PO ANG SASABIHIN KO, SA TINGIN MO PO ENOUGH REASONS NA YAN FOR ABOLISHING SK, MY DEAR ? ALTHOUGH VALID THAT'S NOT ENOUGH . WE NEED TO REFORM AND NOT TO ABOLISH, IT'S ABOUT THOSE WHO HANDLE THE SK AND NOT ALL ABOUT THE ORGANIZATION . WE DON'T HAVE TO ABOLISH !! WHAT WE HAVE TO DO IS SEPARATE ROTTEN FRUIT FROM THE FRESH ONES IN ORDER TO PRESERVE THE OTHERS . I BELIEVE THAT I SAY IT VERY WELL BUT STILL I'M RESPECTING YOUR OPINION . I'M 15 YEARS OF AGE AND I DO CARE ABOUT OUR COUNTRY ! alpha joy sto. domingo

Thanks for the comment, Alpha Joy. I never doubted the energy and willingness to serve the country of our young people like you. What I doubted and expressed reservation, is the avenue of how the young should do their service. Should you do it via politics, or via non-political avenues like doing well in your studies and become skilled, productive and responsible citizens today and tomorrow. Serve at your student council, serve through your churches, encourage your friends at your age to engage in community services or sports, not in drug addiction, heavy drinking or some criminal activities.

Mixing up the 15 to 18 yrs old with seasoned politicians will most likely produce a more corrupting result.

Sir Nonoy Oplas. thanks a lot for your blog. it helps me find some arguments for my practicum on argumentation and debate. thanks :)

I am for the abolition of SK, it is necessary to abolish SK because of the overlapping of functions and result leading to more expenditures of the government with the same output.

Mr Benjamin Banaag
Sir i have a question for you.
Are you aware that ART II Section 13 of the Constitution talks about youths vital role in nation building?, now would you agree with me that being a student or a officer of student government is a contribution to nation building?

Thanks KC. Let us encourage people, the young especially, to do things with minimal or zero politics and government. Let them help society and communities without relying on taxes and mixing up with seasoned politicians. If they pursue politics someday, then that's their choice but politics should not be a mandatory experience for the young.

I am for it (abolition). There are many avenues to improve/develop one's leadership or any other talents and skills associated with it. If one is an out-of-school youth but has perseverance to lead he/she can organize his/her own club. SK groups nowadays in general don't even care for the environment. They can't either have petty projects like cleaning the roadways; basketball tournaments and barangay dance balls are sufficient?

I disagree for such, graft and corruption here is not the issue to abolish the SK Officials. . if that is the case, we should also abolish all government officials subject to such practices aforementioned above. and, having an anarchial form of governance which is advocated by Mikhail Bakunin. .

Back to the SK. There are many avenues that the youth can serve society outside of government, outside of mainstream politics -- their school councils, school papers, academic organizations, community or church or civic groups, sports and sports clubs, culture and entertainment, etc.

So sad. If only all parents would be able to teach their children with good manners and right conduct while growing then there's no problem to SK or youth in general. LIKE PARENTS LIKE CHILD. SK abolition is a waste of time? It is not their fault to do so it is in the political system of the higher officials....!!! you are against the 1987 constitution if ever you really wants to impose SK abolition.

Yes, its better to abolish SK, Im saying this because I am an SK member and I know the truth.

Thank you for the idea sir, I am going to report about this issue and you gave me the exact answer. :)

Thanks for the comment above, Anonymous. The young Filipinos should get busy with their studies, or sports, entrepreneurship, the arts, community work, etc. except politics. All the above involve volunteerism and the passion for innovation and creativity. In government politics, everything is done by coercion and ugly intervention. One does not have to be creative to get revenues, you just become a grandstanding pol promising the moon and the rainbow to voters and at the same time confiscating the rainbows from their pockets and household savings.

SK shouldn't be abolished because this kind of group must be joined by youth so they'll learned how to be a good leader.

Not all youth council are hounded by corruption so I guess it's unfair if it will be diminished just because of the negligence of some villagers.

The youth is the hope of our nation and we must guide them on the right path and teach them how to serve their fellow youths.

I have read the comments above and so I'd like to thank Sir Nonoy Oplas for this post and for the commentators. I could use this article for some research activity at school about SK Abolition.

I have read the comments above and so I'd like to thank Sir Nonoy Oplas for this post and for the commentators. I could use this article for some research activity at school about SK Abolition.

Sr. Nonoy Oplas thank you for this blog it really helped me a lot for my debate which is i'm also on the side of sk abolition,can you sight some of the disadvantages in SK ?