(Note: this is my article for the online magazine today, http://www.thelobbyist.biz/perspectives/columns/back_to_personal_responsibility/883.html)

If there is free competition among companies and players, there will be dynamic and fluid changes in pricing and marketing of products by the players. Such changes can happen within months or weeks, or even days, as each player is watching its competitors’ current and future moves.

The more that such questions are not answered, the unstable the business environment in the sector will be. More instability means weaker competition and weaker attractiveness of the economy to other potential players, both foreign and local. And this will negatively affect the competitiveness of the sector and the economy over the long-term.

(The 2 illustrations here are from en.wikipedia.com)

Game theory is an applied mathematics theory adapted in the social sciences and economics. It is useful in analyzing players and consumers’ behavior, which can help guide public policy. 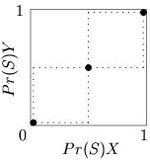 When the government imposed the mandatory 50 percent price cut on the best-selling products by some big multinational pharma companies last year, this greatly affected not only the multinationals but the local players as well.

Companies M1, M2, M3 and so on halved their prices, say from P20 to P10, from P16 to P8, from P12 to P6, respectively. Assume that the prices of companies L1, L2, L3 and so on are 40 percent lower on average, than the original prices of the multinationals. So L1, L2, and L3 will have two options: further price cut of their already low-price generic drugs, or withdraw some products, at least temporarily while price control is in effect, if there is no more room for further price cut without suffering significant losses. The result may look like this:


(Note: I dont know how to paste the diagram I made there into blogger format. A typical copy-paste move does not show the diagram. Check the above link to see the diagram, thanks.)


The figure (10, 6) means the after-price-control price of M1 is P10 while L1’s price is P6. The figure (10, 0) means M1 keeps the P10 price while L1 has withdrawn its product. In which case, the local generics manufacturers were whacked by the government’s price control policy.

From the various data coming from medium-sized drugstores in the country, it seems that the market was distributed to (10, 6), (8, 5) and (6, 3) situations. For the ABC class of consumers, there was a big switch from generics to the branded drugs that were under price control. 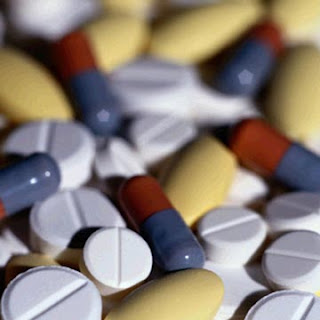 Did the poor benefit from such downward price spiral? A number of data say that the answer is NO. Take the molecule amlodipine, an anti-hypertension drug. The most popular brand then was Norvasc, made by Pfizer, sold at P44 for the 5mg tablet. Prior to price control, the cheapest generic was sold at only P8. After price control was imposed, the P44 became P22, but for the poor, it is still expensive since the cheapest generic producer has retained its P8 price, or possibly brought it down further.

For the really poor, the most affordable price is not 50 percent of xx pesos, but zero. The poor want the essential drugs to be given to them for free.

For those with sentiments that the price control policy should cause pain and losses to the “profit-hungry capitalist multinationals”, the above exercise in game theory says there is a “law of unintended consequences” and that those who were possibly hurt more, are the local pharma players L1, L2, L3 and so on.

If arm-twisting companies M1, M2, M3 and so on to bring down their prices did not succeed in improving access of the poor to essential branded medicines, then the next option for the government is abandon the policy, and shift to bulk purchase of those essential medicines, the cheaper generics especially, and give away to poor for free. Some pharmacists would caution though that giving away drugs for free should be under professional supervision. Irrational drug use, if not unhealthier lifestyle among the poor, can be encouraged by free medicines. And irrational drug use will create new health problems in the future.
Posted by Bienvenido Oplas Jr at 10:55 PM