(Note: This is my article for People's Brigada News this week, submitted last August 11, 2010)

This August 15, the drug price control policy will turn exactly one year old. The government, through the Department of Health (DOH), imposed a 50 percent mandatory price reduction for many branded drugs that it deemed were essential but expensive. Let us see some results of the policy.

Medium-sized chain MedExpress and Manson drugstores reported some chilling sales data. From August-December 2009, all the price-controlled drugs suffered a 3.4 percent decline in volume and 34.3 percent decline in sales value, compared to August-December 2009. Comparing January-May 2010 with January-May 2009, sales volume of the price-controlled drugs has managed to post an average of 7.3 percent, but sales value has declined by an average of 65.4 percent.

There are a number of reasons why the drug price policy failed. Four reasons stand out.

One, the policy was driven mainly by politics and not by any national health emergency. A former Senator running for President but lagging in Presidential surveys pushed hard the issue some 12 to 13 months before the May 2010 elections. A very unpopular President serving the last of her 9 years in office rode on the emotional popularity of the measure.

Two, competition among innovator drugs and generic drugs was already dynamic prior to the price control measure. Take amlodipine molecule for anti-hypertension. The most popular drug was Norvasc 5mg, selling for P44 a tablet. Then it became P22. But the cheapest generic available prior to price control was selling for only P8. The poor who buys the latter drug finds the P22 still a lot more expensive and hence, will not buy it.

Three, the policy has the unintended consequence of hitting the local pharmaceutical companies that produce the competing generic drugs. They were pushed to further bring down their already low prices. 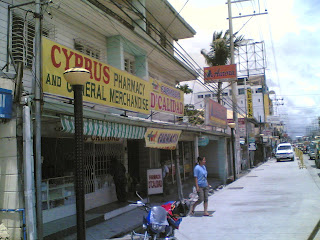 Four, some small and independent drugstores were forced to further cut their personnel and other cost of operations just to survive, or close shop altogether. Which contributed to more unemployment in the country.

It is important that the government should focus on encouraging competition among various drug manufacturers, among importers, drugstores and hospitals. The new President should signify that the government will not entertain another round of drug price control in the next six years of its term. This will help improve the investment environment in a country that badly needs more investors and job creators.
Posted by Bienvenido Oplas Jr at 1:55 PM