Alcoholic drinks in a drugstore

One would normally expect that a drugstore would contain only drugs, vaccines, food supplement, and other health products. But almost all drugstores in the Philippines are also convenience stores. Thus, they sell various products, from snacks and soda to beer and hard liquor. 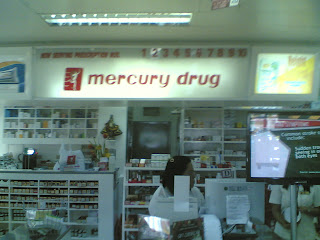 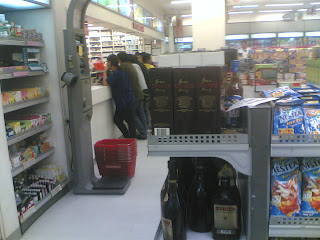 Aside from selling drugs and other health and food products, some Mercury drugstores also sell hard liquor. Like this one in its branch in front of Makati Medical Center. 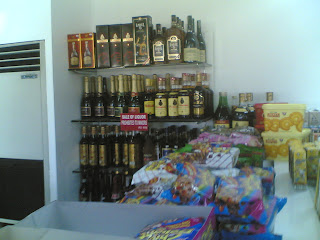 This one is from its other branch in makati.

This is not to attack Mercury drugstore. I buy medicines there for my daughter or for my wife. It has lots of branches nationwide, in convenient areas. Of course I also buy medicines and other consumer items from its rival drugstores-convenience stores like Watsons.

I just think that being a big drugstore, Mercury should have avoided selling alcoholic products in its branches. Or do their regular customers demand it from them?
Posted by Bienvenido Oplas Jr at 11:21 PM

I think Mercury Drug chains are being more and more like a convenience store more than a drug store. This move is improving their business nonetheless.

Yes, I also think so. It's like the big gasoline stations making possibly more money and profit in their convenience stores, leasing spaces for food and coffee shops, etc.

Mercury Drug store should not only stop selling alcohol but should stop selling drugs that are used only in the hospital setting such as IV meds. What the hell are they selling IV meds or hospitall items for? In the first place - how will the people who buy them administer it to their patients? It is a LAW that bringing in of drugs into the hospital is not allowed.

Problem with this is that government hospitals have no money for drug supplies because they spend it all with the infrastructure (biggest source of corruption).