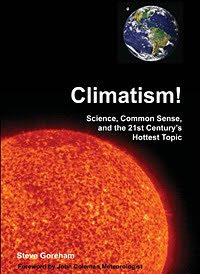 That's the title of the new book by a new friend, Steve Goreham. Steve briefly defines Climatism as "the belief that man-made greenhouse gases are destroying Earth's climate."

Steve sent me a "For Review Only" copy of his book last February. I was amazed at how clear the author has presented the various topics, from science to engineering to economics and politics of climate issues. I thought that Steve was a scientist, but turned out that he's an (American) engineer-businessman who got tired of all the alarmism and lies that were spreading around. He enclosed himself for several months, read the various books, papers he accummulated, plus various online research, and came up with his book. 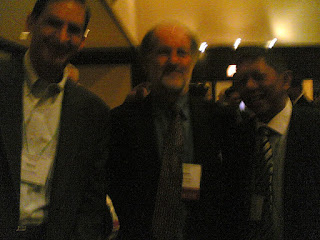 Last May, during the Heartland Institute's 4th International Conference on Climate Change (4th ICCC) in Chicago, I have met Steve in person. The man is a giant, he should be about one foot taller than me. In this picture, two big Steves are with me. From the left is Steve G, then another Steve, Steve McIntyre, a Canadian statistician and owner of Climate Audit, and me.

The book is thick, 466 pages including Index. Here is the general outline of the book:

Chap. 7, The IPCC and the Road to World Delusion
Chap. 8, Climatism: The Ideology Behind Global Warming Alarmism
Chap. 9, The Beliefs, Objectives and Tactics of Climatism
Chap. 10, The Science is Not Settled
Chap. 11, Snake Oil Remedies to "Save the Planet" 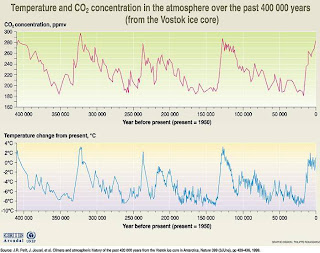 In Chapter 2, Steve showed this graph, the Vostoc Ice Cores, Antarctica, from a study by JM Barnola et al. in 1987. Steve wrote,

If there was no human industry to emit carbon back in history, how did the atmospheric CO2 increase? The answer is that the CO2 increases are from natural causes, primarily out-gassing from the oceans. 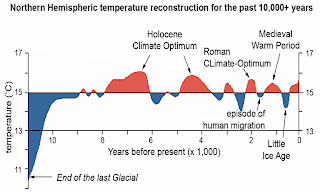 In Chapter 4, Steve showed this graph, a roller-coaster ride of warming-cooling-warming-cooling since the last Ice Age some 10,000 years ago. It shows in particular, the Holocene, Roman and Medieval warm periods, and the Little Ice Age (LIA) just prior to the Industrial Revolution in 1800s. Data is from oxygen isotope analysis of ice cores in Greenland. 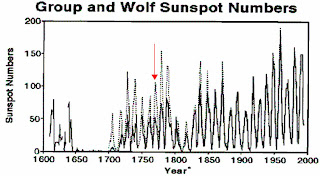 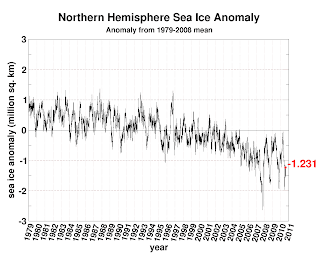 In Chapter 6, Steve showed these 2 graphs, among others. The first is seaice anomaly (or divergence from the average) in the Arctic. This graph though is more updated, as of August 17, 2010, but taken from the same source as Steve's graph. It is true that seaice extent in 2010 is lower than the average for 1979 to 2008 by -1.23 million sq.km. Source of graph is http://arctic.atmos.uiuc.edu/cryosphere/IMAGES/seaice.anomaly.arctic.png 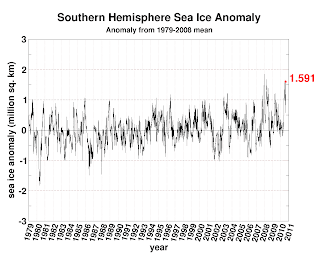 But look at seaice anomaly in Antarctica, the 2010 seaice extent is +1.59 million sq.km. larger than the average for 1979 to 2008. The statement by many climate alarmists of "ever-melting polar ice" is idiotic. Seaice extent is a cycle, growing-melting-growing-melting, every year, every decade, every century. Again, this graph is more updated (as of August 17, 2010) from the graph in Chapter 6 of the book, but taken from the same source that is updated daily, http://arctic.atmos.uiuc.edu/cryosphere/IMAGES/seaice.anomaly.antarctic.png 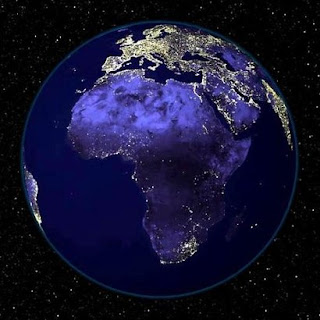 In Chapter 14, the author showed this satellite picture, "Africa at night". Note the bright lights to the north of Africa -- Middle East and Europe. The time zones are similar so evening in Africa is also evening in Europe, so no "camera trick" in this picture.

Climatism barks at heavy energy use by modern societies, especially electricity coming from "dirty and non-renewable" sources like coal, natural gas and other hydro-carbon sources. For many climate alarmists, they would rather see more darkness and underdevelopment if a modernizing economy cannot source its electricity from "clean" but expensive, taxpayers-subsidized renewables. 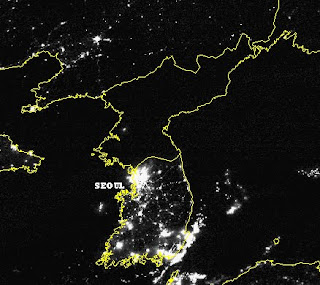 This picture is not in Steve's book but it is similar to the "Africa at night" picture above. This is a satellite picture of North and South Korea at night.

The World Wildlife Fund (WWF) campaigners of their annual "Earth Hour" should be jumping with joy if they were in continental Africa and North Korea. Why? Houses and offices there do not turn off their lights for one hour per year only. Instead, they turn off their lights many hours per night for 365 nights a year. Less electricity from non-renewables, less carbon emission, less "man-made global warming", more joys for their climate religion.

The book is a powerful tool to understand the many natural factors that Al Gore, the various bodies of the UN like the Intergovernmental Panel on Climate Change (IPCC), World Meteorological Organization (WMO) and the UN Environmental Program (UNEP), have deliberately ignored.

Many people thought that the IPCC is a scientific body. No, it is not. It is a political, government body, that is why it is called "Intergovernmental Panel". The officials of IPCC are non-scientists but appointed bureaucrats. The IPCC head, for instance, Mr. Rajendra Pachauri, is an economist from India.

To see the contents of the book more, check http://www.climatism.net/

Steve just emailed me this week saying that he has just accepted the post as Executive Director of the Climate Science Coalition of America.

Congrats Steve! It's a well-deserved position and there are lots of work and challenges that a serious researcher and public intellectual like you can take on.
Posted by Bienvenido Oplas Jr at 6:09 PM