Solving, or worsening, the traffic congestion in Metro Manila and neighboring cities and provinces is a subject that seems to have created hundreds of thousands, perhaps millions, of "experts" on the subject. Almost everyone has a great plan and solution/s how to address the problem, some of which are useful, some may be not.

Listening to real experts and people in the sector therefore, in a live, non-stop exchange of ideas, is a big treat. I myself have my own views and proposals how to address the problem but given the field of invited participants and speakers yesterday, I opted to just listen.

Dindo mentioned about their paper that described not "Daang Matuwid" (straight road) but "Daang Masikip" (narrow road) because of the various "carmageddon" that happened this year alone. Hence, the forum's theme of "thinking beyond Edsa." 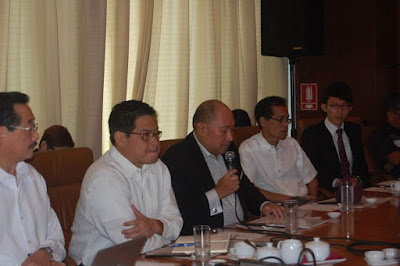 Mr. Yap, holding the microphone, gave a short but great presentation, of MAP's analysis and proposals that were also given to government Cabinet officials in charge of Metro Manila and the nation's infra. He talked for instance about building a subway from north to south of Metro Manila, as the technologies like huge tunnel borers are available; or if building above-ground rails and skyways, pre-fab structures are available. 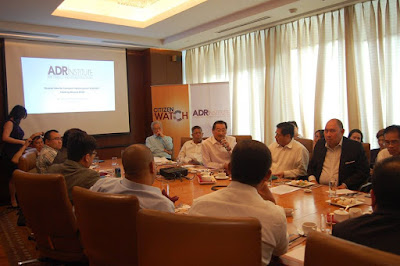 Rene Santiago of the Foundation for Economic Freedom (FEF) gave a long discussion after Mr. Yap's presentation. The exchanges started with Manila's public transpo including buses, trains (LRT, MRT, PNR), the road infrastructures needed to respond to rising volume of vehicles. Then shifted to Manila ports decongestion, optimizing the ports of Batangas and Subic, moving the containers by rail, moving and decentralizing the Bureau of Customs' inspection procedures. 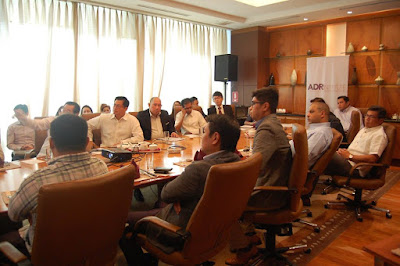 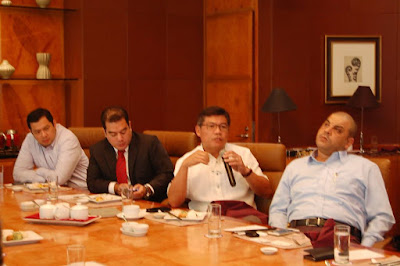 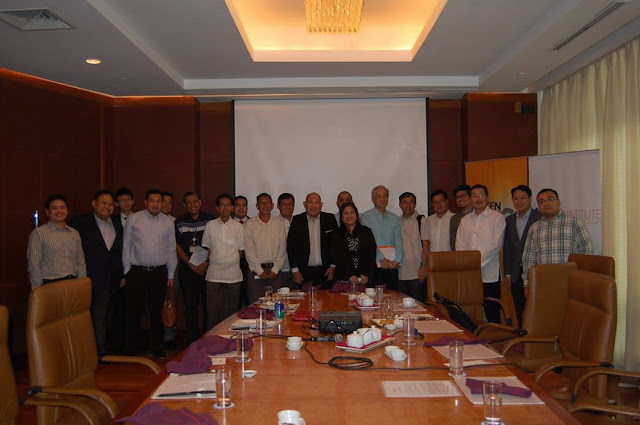 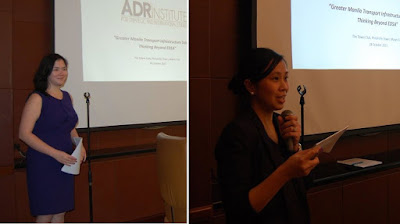 Ok, I did not talk yesterday, I simply listened. Now I will talk in this space :-)
To help address, help reduce, the daily traffic congestion in M.Manila -- have less government intervention.

Traffic congestion is an engineering problem with engineering solutions; it is a result of some market failures with market solutions. Like those unsolicited proposals to build more LRT/MRTs since 20 or 30 years ago under build-operate-transfer (BOT) and hence, no cost to the government except securing the road right of way (ROW) and enforcing property rights. Like those air-con vans that bring office personnel from their houses/villages straight to Makati, Ortigas, BGC, Eastwood, Manila, airport, and so on, with just "one ride."

When government says "NO, no one moves, no one builds anything, unless you get our signatures and permits first", then a one-week paralysis can become 5, 10, 20 years paralysis.

Graceful written content on this blog is really useful for everyone same as I got to know. Difficult to locate relevant and useful informative blog as I found this one to get more knowledge but this is really a nice one.
ติว ielts ที่ไหนดี