Continuation of useful quotes from Lawrence "Larry" Reed, President of the Foundation for Economic Education (FEE) in the US. Posted in his facebook wall in 2013. 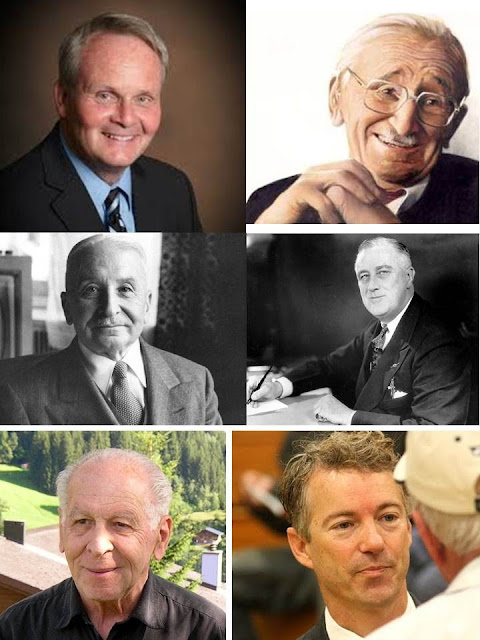 Government is awful at fighting poverty. That's because its expertise is in fighting prosperity. And it ought to be small enough that you have to go looking for it, instead of it always looking for you.
-- Lawrence Reed

There is all the difference in the world between treating people equally and attempting to make them equal. While the first is the condition of a free society, the second means as De Tocqueville describes it, 'a new form of servitude.
-- F. A. Hayek

The interventionists do not approach the study of economic matters with scientific disinterestedness. Most of them are driven by an envious resentment against those whose incomes are larger than their own. This bias makes it impossible for them to see things as they really are. For them the main thing is not to improve the conditions of the masses, but to harm the entrepreneurs and capitalists even if this policy victimizes the immense majority of the people.
-- Ludwig von Mises

Any government, like any family, can for a year spend a little more than it earns. But you and I know that a continuation of that habit means the poorhouse.
-- Franklin D. Roosevelt, presidential candidate in 1932, campaigning against deficit spending, high taxes and tariffs and excessive bureaucracy

Punishment is now unfashionable...because it creates moral distinctions among men, which, to the democratic mind, are odious. We prefer a meaningless collective guilt to a meaningful individual responsibility.
-- Thomas Szasz, author, psychiatrist. 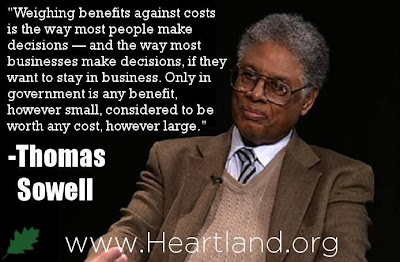 One of the painful signs of years of dumbed-down education is how many people are unable to make a coherent argument. They can vent their emotions, question other people's motives, make bold assertions, repeat slogans--anything except reason.
-- Thomas Sowell, economist who also wrote, "Intellectuals may like to think of themselves as people who 'speak truth to power' but too often they are people who speak lies to gain power." 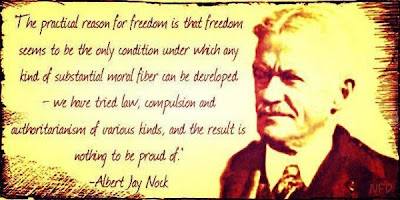 The practical reason for freedom is that freedom seems to be the only condition under which any kind of substantial moral fiber can be developed—we have tried law, compulsion and authoritarianism of various kinds, and the result is nothing to be proud of. 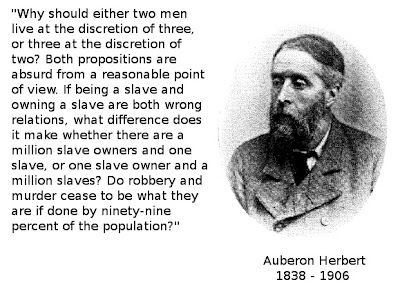 How should it happen that the individual should be without rights, but the combination of individuals should possess unlimited rights?
-- Auberon Herbert, the original philosopher of "voluntaryism"

Half of the harm that is done in this world is due to people who want to feel important...They are absorbed in the endless struggle to think well of themselves.
-- T. S. Eliot.

There can be only one permanent revolution—a moral one; the regeneration of the inner man. How is this revolution to take place? Nobody knows how it will take place in humanity, but every man feels it clearly in himself. And yet in our world everybody thinks of changing humanity, and nobody thinks of changing himself.
-- Russian author Leo Tolstoy

Why doesn't everybody leave everybody else the hell alone?
-- Jimmy Durante.

It’s been easier to convince people to hand over half their income, their children to war, & their freedoms in perpetuity - than to engage them in seriously considering how roads might function in the absence of taxation.
-- ~Stefan Molyneux~
(Quote posted by Christopher Lingle)
Posted by Bienvenido Oplas Jr at 11:52 AM