Double talk is a perennial practice and characteristic of the "kill fossil fuels, save the planet" movement. They frequently jet-set to many countries and continents yearly on airplanes that run 100% on petroleum then lambast petroleum; they stay in huge, glitzy and brightly-lighted cities and hotels that are often dependent on coal and natural gas then lambast coal, natural gas and fossil fuels. And so they actually contribute to more global dependence on  coal and natural gas.

The Washington Post ran a story last October 12, 2015, As appetite for electricity soars, the world keeps turning to coal. It is a climate alarmist story and yet the authors recognize that as of 2012, the world -- rich, middle income and poor countries combined -- was dependent on 68% fossil fuels (coal + natural gas + oil) for their electricity needs. The 21% renewables are largely "old renewables" like big hydro and geothermal. The "new renewables" like wind and solar should contribute something like 2-4% of total. 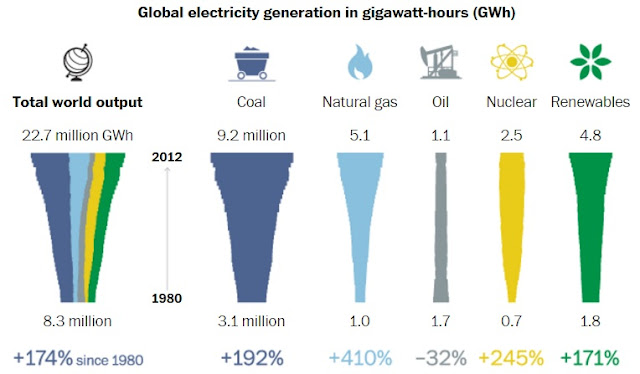 So although it is a climate alarmism article, there is honesty in recognizing that if people want more and stable electricity, fossil fuels are inevitable and reliable energy sources.

From a nice US Chamber of Commerce article last October 16, 2015, There Are Gigawatts of Good Reasons to Still Mine Coal, this table is lifted from the World Coal Association. 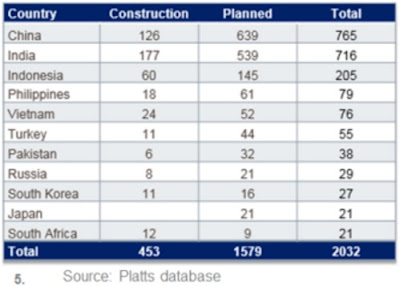 * Globally, there are 510 coal-fired power plants under construction, with a further 1,874 planned, a total of 2,384.
* China, India, Indonesia dominate making up 71% of the total
* Philippines, Vietnam, Turkey and Pakistan bring up the total up to 81%
* Europe and America play a very small role.

It is good that despite heavy lobbying by the "kill coal, save the planet" movement led by Greenpeace, World Wildlife Fund (WWF), Oxfam, Sierra Club and other big environmental groups, with indirect (and sometimes direct) blessings and funding of the UN, ADB, WB, etc., the three big ASEAN countries Indonesia, Philippines and Vietnam realize that it is not possible for them to grow fast if they will shun cheaper and stable energy sources like coal.

In the US, despite echo-pronouncements by the Obama administration, the biggest economy in the world is 70% dependent on coal and natural gas (35% each) for its electricity needs as of July 2015. This data is from the US Energy Information Administration (EIA), October 07, 2015. 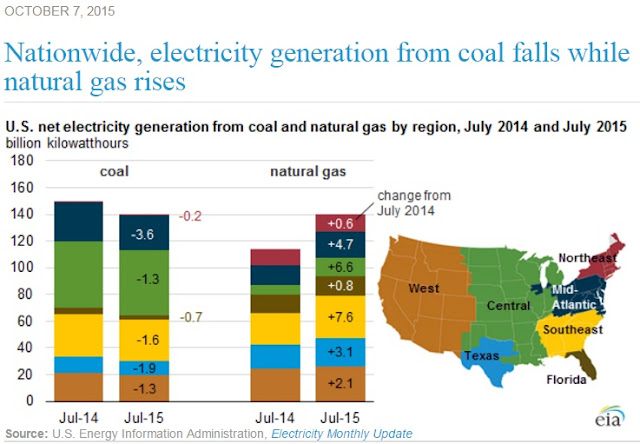 To glorify darkness -- like the "Earth Hour" annual campaign of the WWF -- is lousy.  Idiotic too. Where there are more dark streets because electricity prices are high and power sources are unstable, there are more crimes and road accidents that happen. And they normally victimize the poor. It is the poor who have no cars and must walk even  in dark streets at night. And thieves, rapists and murderers prefer darkness than lighted streets.

Where there are frequent brownouts due to insufficient baseload power plants (like coal, nat gas, nuke and big hydro), more people use candles. And there are more fires, more deaths and destruction of properties. Or there are more expensive and noisy generator sets that run on... fossil fuel diesel.