* This is my article in Business 360, a monthly magazine in Kathmandu, Nepal, September 2015 issue. 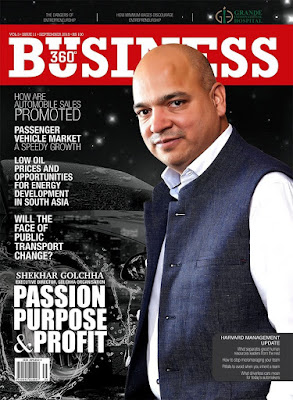 Low world oil prices are seen as “negative” by many analysts because they pull down stocks and equity values of many energy companies and contribute to deflationary pressure. But in the perspective of ordinary oil and energy consumers, they are good and positive news.

Whether people move and transport themselves, their  family or  other people, or they move various commodities, oil is a very important raw material for such large-scale transportation of goods and people.

As of August 24, 2015, West Texas Intermediate (WTI) prices were trading  at $38-$39 a barrel. These are lower than the levels reached during  the sub-prime and housing prices turmoil in the US that spread to the rest of the world in 2008-2009. And these are prices that were seen in 2004 and earlier years.

Oil companies and oil-exporting countries are fighting for world market share and care less about the price, whether  they are OPEC or non-OPEC member-countries. With the revolution  in drilling technology and shale oil fracking, it seems that the average break even price for many companies could be $30-$35 a barrel, so that at $38, they can still make marginal profit. 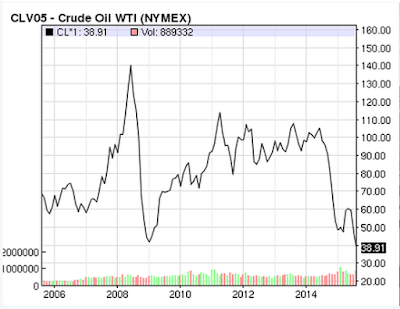 Continuous innovation and development  in drilling  technology using big data and robotics have significantly reduced the cost and time of drilling and finding oil. From a Forbes report last August 23, an article said that “Faster drilling means cheaper drilling, which makes marginal oilfields economical at lower oil prices. It costs about $20,000 a day to contract an onshore drilling rig, so shaving four days off a well yields an immediate $80,000 in savings. If smarter computers can reduce a rig’s head count by one, cut another $200,000 a year in salary, benefits and accommodations." 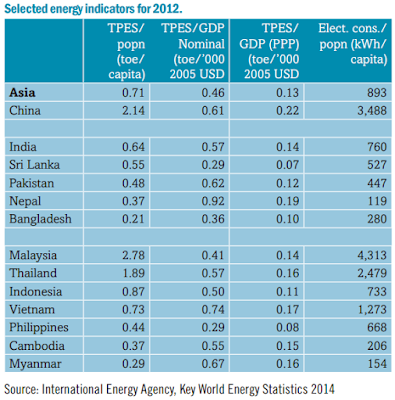 At below $40 a barrel, diesel oil power plants that  are used as peaking plants (used only during peak hours) may be used for baseload power (capable of running 24/7) production. 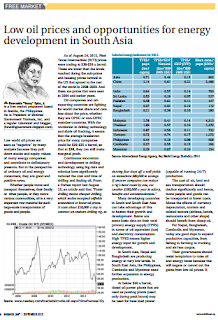 The cost of air, land  and  sea transportation should decline significantly and hence, more people and goods can be transported at lower costs. Minus the effects of currency depreciation, tourism and related sectors (airlines, hotels, restaurants and other shops) should  benefit from cheap oil.

For Nepal, Bangladesh, Cambodia  and Myanmar, today are good days to expand productive capacities, from fishing to farming to trucking and air/sea cargos.

Their governments should  resist temptations to raise oil and energy taxes because this will negate or cancel out the gains from low  oil  prices.
------------