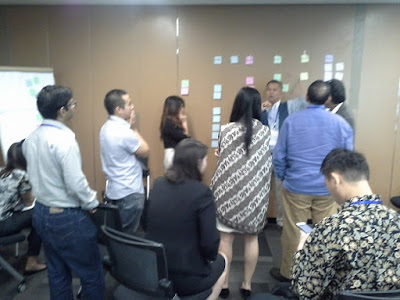 I brought copies of these three papers that I wrote.

(2) The Case for Unilateral Trade Liberalisation in ASEAN, published by the South East Asia Network for Development (SEANET), Malaysia;
http://seanetwork.asia/wp-content/uploads/2015/08/SEANET_issue-2_FINAL.pdf 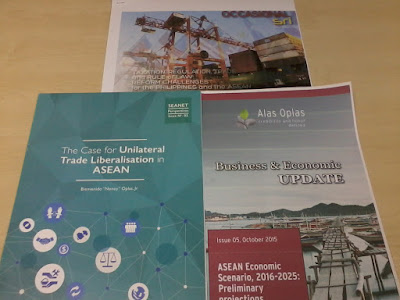 About 25 participants came, excluding staff  of SIUand HBS, mostly from Thailand, then from SG, MY, ID, PH (me), Myanmar, Bangladesh. Plus participants from non-ASEAN countries like Bangladesh, Sri Lanka, and Australia, an officer from the Australian embassy in Bangkok. 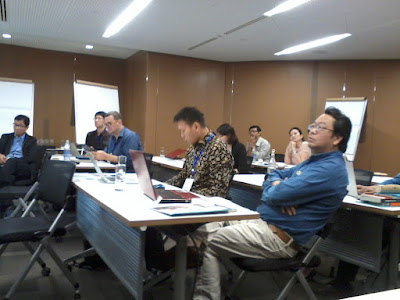 Among the activities were filling the issues to each of  these STEEP processes.

I shared my hypothesis that Europe and N. America will be suffering from more bureaucracies, more taxes trying to sustain their costly welfare system, and many companies there will be jumping ship and ASEAN economies will be among their considerations to do business. Nice venue, C-ASEAN building, 10th floor. We were in one of the function rooms. 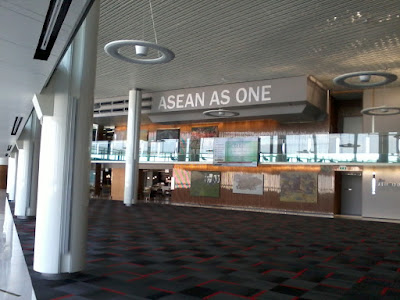 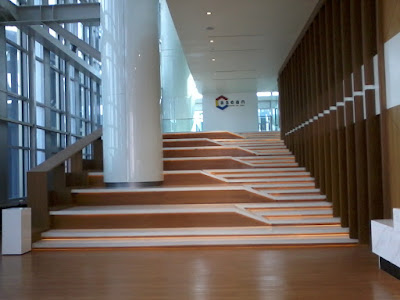 For years, it was my shortest foreign trip. Bangkok airport immigration stamped my entry Oct 14, exit Oct. 15. I arrived at my hotel almost 1am, checked out 9am, only 8 hours stay incl. breakfast, straight to the workshop, dinner, back to the airport.

Thanks to Kan Yuenyong, SIU Exec. Director, for inviting me. Here, he was giving the intro about the workshop. 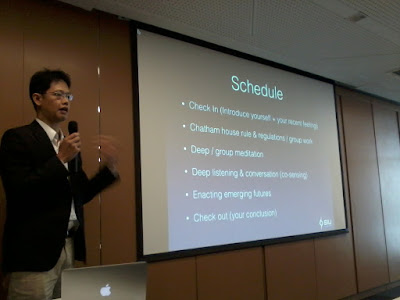 Photo credit, Thongchai Vachirarojpisan, for the 1st and 4th (me speaking) photos. The rest are from my camera phone.
------------