In one of my various discussion groups in facebook last August 2011, there was an exchange on the necessity of having a gun in the house or not, as part of disaster preparedness -- against thieves and looters who attack during natural calamities or political riots.

I believe that gun ownership should be liberalized with only one condition -- people should belong to a gun club, a private, civil society organization, that in turn is registered with the government.

The club will provide training and teach responsibility to members.. The club and its officers will assume some accountability if one or some of their members will abuse their gun ownership. Self-policing of members is a must. So when a club member harms or murders another person somewhere, the guys who will primarily haunt him will be his clubmates, not the police. The clubmates know where he lives, works, hangs out often, his other close friends, and so on.

Then there will be no need for heavy government involvement in regulating gun ownership. The state should focus on having a strong, independent and credible courts, then enforcement of court decisions.

Below are some comments to my arguments.

1. Well said Nonoy. Self-policing, training and accountability is the way to go and far more effective than laws that crack down on ordinary people but leave criminals free to roam.

2. How about if one is not a sports shooter and gun club member but needs legit gun for defense, will he/she be deprived?

3. What if that gun owner had gun safety training sans club membership? And, how will the co-club members knew what happened, if say, he/she did not say anything about the incident nor the aggrieved say anything?
------

On (2), Yes, he should be deprived of gun ownership. Being a lone ranger gun owner with no community accountability is dangerous and can be a source of abuse. One will not be happy if his neighbor has a gun and start shooting neighbors and their houses simply because the neighbor’s dog barks too loud, or there is a big and noisy party one night. If the gun owner knows that it's not just the police who will go after him but his fellow club members, he will be scared from being an abusive gun owner. He may be able to evade the police easily, but difficult for him to evade his friends and fellow club members who know more personal information and details about him.

If the club will protect its abusive members, the police and the federation of gun clubs can gang up on that club. This will put pressure on the club officers to help hunt down their abusive member/s because all club members will now be adversely affected. Recognition of that club by the government and the federation will be removed and all club members should be disarmed, unless they transfer to another club, in which a new system of transparency and accountability is set.

On (3), if there is no complainant, then the problem will persist. That is why I give the above example of an abusive gun owner shooting his neighbors even for flimsy reasons. I think people will support disarming those abusive gun owners, or simply lock him up in jail.

4. What if the gun owner has no pestering neighbor and not gun club member, will he be deprived of his gun? Club membership should not be criteria for legit gun ownership. Gun ownership should be a part of ones right to self preservation, like defense to life, family and liberty.

5. While I agree that it's advantageous for gun owners to be members of gun clubs, I think the system you propose carries with it a high potential for disarmament through the 'back door'. A few bad incidents will be used by the anti-gun groups to disarm ALL members, whether they are guilty or innocent. This has been seen many times all around the world. Furthermore, I don't think your system will significantly reduce the traffic altercation-type scenarios you mention. If a person does not have the temperament to carry, not even membership of a gun club would change that.
--------

On (4), Yes. He should be deprived of gun ownership. Club membership is mainly to establish transparency and accountability. You harm no other people, you own a gun for self-defense and for weekend hobby in a shooting ranger, no problem. You harm other people for no justifiable reason, your clubmates will  haunt you, otherwise the Federation of Gun Clubs will remove recognition  of the club and all members will be disarmed.

Having a gun can can make otherwise rational people become irrationale if they know that they are relatively anonymous to the community. If they leave some degree of transparency and accountability to the community, especially to their peers and friends, it will help retain rationality, but is not a 100 percent assurance that a person will not abuse his gun. An irrationale person can cause harm even with just a knife or a baseball bat or just his fist. The gun can expand that damage several times over.

On (5), again, the main purpose of being a club member is to have community and peers accountability. Main accountability will still be the individual. Second accountability will be the club. It is possible that the police or the federation of clubs will gang up on 1 or 2 clubs and withraw its recognition and hence, members will be disarmed. Then members of the disbanded club can join other gun clubs. 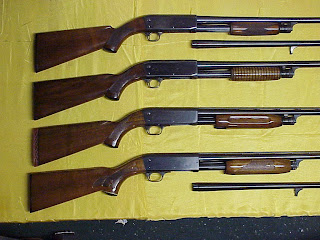 It is true that people can freak out and do all sorts of crime despite all forms of possible check mechanisms in place. That is where the Federation of Clubs and the government, the rule of law, come in. You shoot somebody, with or w/o valid reason, you are accountable for your action.

A gun club is a private club, like cycling club, tennis club, golf club, rotary club, etc. It is NOT a government-owned or controlled club. If the officials of your gun club are corrupt and just steal or waste the monthly dues, or are just cronies of government officials, then get out of that club and join other existing ones. That old club can die a natural death.

Last comment, #6:  “in theory, your proposal sounds plausible but in practice, it is still open to abuse. For example, the creation of a gun club requires recognition of the PNP/Firearms and Explosives Office. If an anti-firearms administration were in place, they could lean on this mechanism to deny recognition on gun clubs who don't follow their policies. This is the problem by the Association of Firearms and Ammunition Dealers (AFAD). They depend on approval of permits in order to stay in business. Thus they must toe the party line, even if it is against their long term interests and the interests of their customers.”

I recognize that it is indeed a big problem. The state can even disapprove one’s application to start a small internet shop or bake shop or barber shop, etc. unless one will first get dozen-plus signatures and permits of the various officials and bureaucrats from the barangay to city hall to national government agencies. How much more with approving gun clubs and gun ownership? One solution is a strong citizens movement towards this reform, or a strong political party that will carry this advocacy.
-------

Email ThisBlogThis!Share to TwitterShare to FacebookShare to Pinterest
Labels: criminals, rule of law, rule of men