Energy 44, Position paper on DOE circular re mandatory CSP by DUs of their PSAs

The Department of Energy (DOE) conducted a public forum last week, October 06 at Intercon Hotel in Makati, for players and stakeholders in Luzon re its Circular mandating all distribution utilities (DUs) to undergo mandatory, obligatory competitive selection process (CSP) in securing their power supply agreements (PSA). 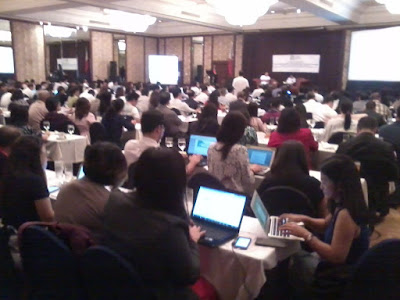 rand ballroom was overflowing with so many participants, from Luzon-based electric cooperatives and distribution utilities (DUs), power generation companies, NGOs and government agencies. DOE served buffet lunch at 12, program started at past 1pm. 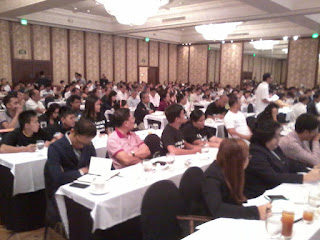 This circular is weird and can raise suspicions regarding former DOE Sec. Carlos Jericho "Icot" Petilla, now a Senatorial candidate of the administration. He issued the circular last June 11, hide it completely from the public, then he resigned days after that. Then the draft Circular suddenly surfaced and was published in the papers June 30 or after nearly 3 weeks.

Only then the DOE started limited consultations by July-August. This Department order or Circular is another mandatory, obligatory, coercive regulation from the government. I am not in favor of this circular of course. Currently, DUs get supply contract from generation companies (gencos), the Energy Regulatory Commission (ERC) as the government referee, as Third Party mandated by EPIRA, approves or raises questions, of the supply contract.

During the open forum, the first to ask question was David Tan of the Matuwid na Singil sa Kuryente (MSK), mainly an anti-Meralco NGO and lobby group. Then I was 2nd, and made a follow up comment minutes after.

Below is the position paper that I sent to the DOE and the ERC. It is posted in the DOE website, along with position papers by 29 other NGOs, gencos, DUs and individual.
-----------

As I discussed verbally during the DOE-ERC public consultation on the subject at Intercon Hotel last Tuesday, October 06, 2015, may I reiterate the following suggestions for the IRR.

Section ___. Sunset Clause. The DOE and ERC shall conduct a study or commission a study on the Cost-Benefit analysis after one year of implementation, to see if the circular has indeed brought down the cost of electricity in the country or even contributed to higher electricity prices. If the benefits are smaller than the costs, the Circular should be withdrawn, or CSP will no longer be mandatory, through another Department Circular.

Rationale: We should compare (a) purported reduction in generation charge because of CSP vs. (b) cost of the Third Party as reflected in our monthly bill, other cost of distortion. If (a) < (b), then the circular should be withdrawn or abolished, or at least revised by the new DOE Sec., whoever he/she will be.

2. DOE and ERC should publish online the (a) identities of groups and their officials that apply to be accredited as Third Party, and (b) their projected fees to be added to the monthly electricity bill, before the DOE decides the winning group or party.

Rationale: There seems to be a strong lobby by certain groups to rush the implementation of the Circular, even if many questions remain unanswered. In the spirit of transparency, the gencos and DUs in the country are already publicly available, the groups that want to become intermediary between these two parties should also be made transparent.

Section ___. ERC Ruling over the Third Party. The ERC shall have the final say whether the PSA as approved by the Third Party will really benefit the consumers.

Rationale: It is a mystery that while the ERC was created by legislation under the EPIRA as the real and institutional Third Party between gencos and DUS, the ERC would agree to become a mere Fourth (4th) Party because there is a new Third Party that was inserted in the process. And the draft IRR gives lots of powers and leeway for the Third Party