To accumulate wealth and assets, to have sufficient resources for investments in the future, one must have savings, right?

Yes, and to have sufficient savings, we must use the habit and formula,
Income - Spending = Savings, right?

Wrong. It should be:
Income - Savings = Spending

This is among the most important messages that my friend, Peter "Pidro" Sing, imparted to the accountants, auditors and other staff of my sister's auditing firm last June 03, 2015. He gave a lecture on Personal Financial Education as part of the firm's education and training series for its staff, and some 30 staff and officers of the company were hooked and glued on  their seats, savoring every message, anecdote and experiences of other people, that Pidro shared. 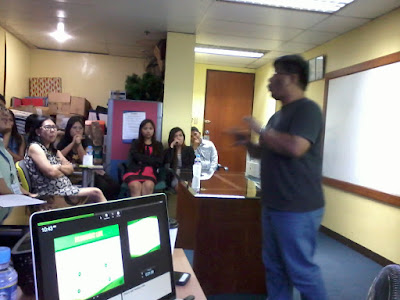 Peter, or better known as "Pidro", is a self-made successful businessman. Meaning he did not inherit any huge money or business from his parents or close relatives. He went through a roller coaster of starting a business, go bankrupt, start another, close it, start another, sometimes simultaneously. Such experience is not attained or achieved in formal business education, only in the "school of hard knocks" or "school of life." Something that his audience that day greatly appreciated. 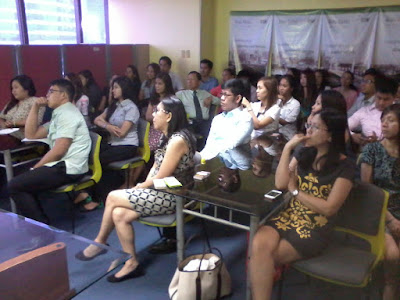 The above formula, Spending = Income - Savings, is something new for  many people. Meaning, spending must adjust after forced savings have been set aside. Forced, deliberate, personal and/or household savings. Monthly.

Pidro is not selling any product, any service, any consultancy. In fact he's doing this for free, he spends his own money and time as his personal advocacy. After going through the roller-coaster of business set up -- wealth -- bankruptcy cycles, he realized and teaches repeatedly, that the key is not so much on how big the monthly or yearly income is, but in how big and consistent is the forced personal and household savings. He says that he does not need any consultancy or professional fee with what he's doing because his businesses is earning money for him as he speaks for free. And it's true. 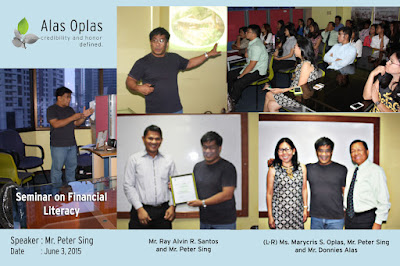 I have known Pidro for 3+ decades now, dating back when we were dormmates at Narra Residence Hall and fellow student activists in UP Diliman in the early 80s. He's a "slippery" guy even from police and military agents during the Marcos period. After graduating from UP, he would slip from one employment to another, then slip from one business to another, and wealth would also slip from him as he closed one business after another, until he found a good niche since several years ago.

Pidro's personal advocacy is civil society in action. We do not need the government in many cases to improve our lives. Life is about more personal and parental responsibility, and more individual freedom. Government  responsibility should be limited to a few functions, like having rule of law and protecting the people from aggression by organized, armed bullies and criminals.