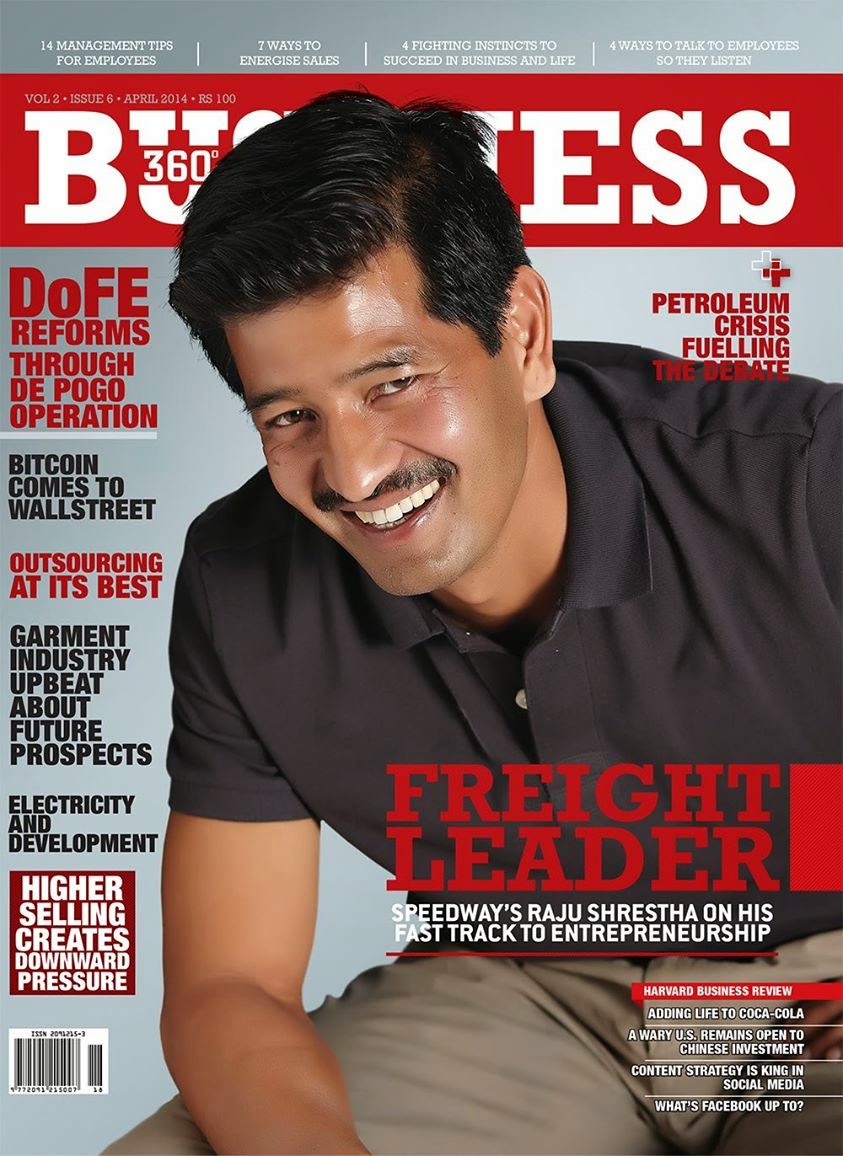 Electricity powers many economic activities in any society, from small shops that give jobs to micro entrepreneurs to cranes that build huge and tall buildings. Economies that rely more on human and animal power and energy tend to be very poor because of low productivity while those that use more machines that run on extensive electricity tend to be rich because of higher productivity.

Below is an illustration of how selected Asian economies have expanded their electricity use over two decades. 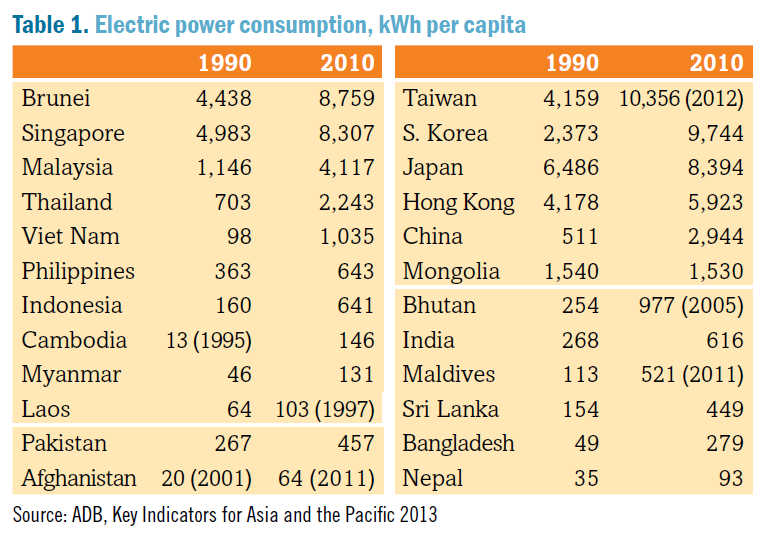 See the big jump in power use in just two decades by Vietnam (10.6x increase), China (5.8x), Maldives (4.6x), Indonesia (4x) and Thailand (3.2x). The other countries have a simple doubling of use, or even flat lined, like the case of Mongolia.

There have been several literatures that show the near causality between electricity use and economic growth. The next table further illustrates this point. 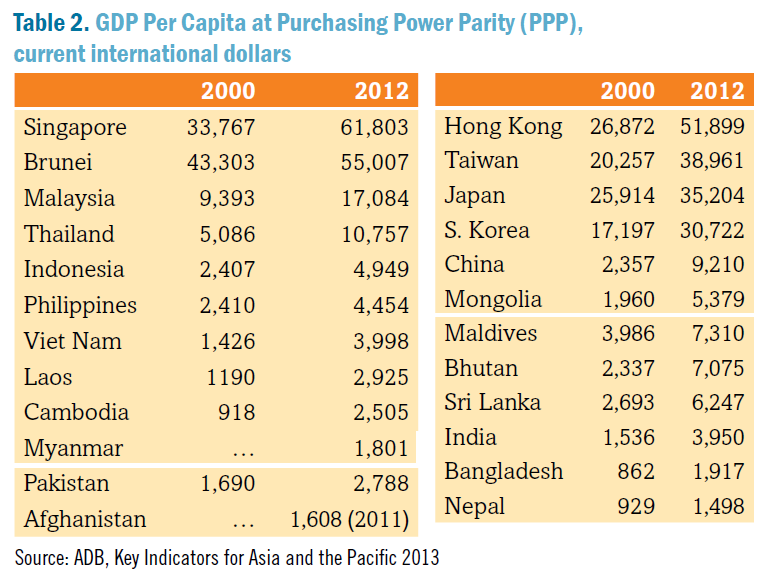 See the pattern and possible causality? In South East Asia, Singapore, Brunei and Malaysia are at the top in electricity consumption and they are also at the top in per capita GDP. At the bottom in both tables are Cambodia, Myanmar and Laos. 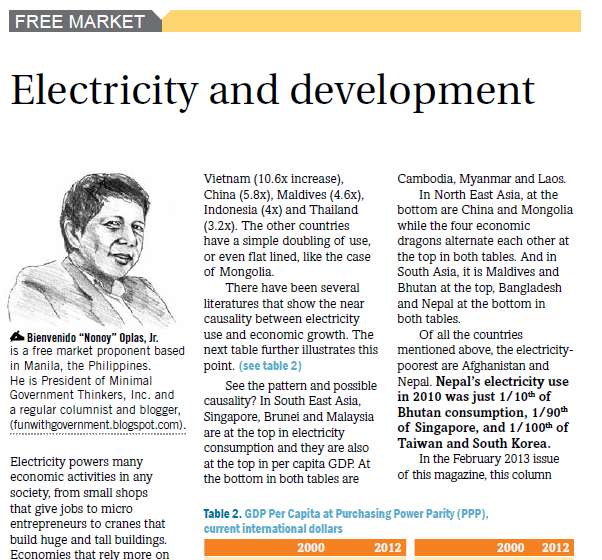 Of all the countries mentioned above, the electricity-poorest are Afghanistan and Nepal. Nepal’s electricity use in 2010 was just 1/10th of Bhutan consumption, 1/90th of Singapore, and 1/100th  of Taiwan and South Korea.

In the February 2013 issue of this magazine, this column wrote about “Addressing power shedding and rationing” in Nepal and these proposals were made:

One, facilitate and hasten more power imports from India especially those from coal power plants. Coal  is generally cheap and supply is stable. This will require building more transmission lines from India to Nepal.

Two, deregulate power rates. Let those who can afford to pay higher electricity rates in exchange for more stable supply do so, whether imported from India or locally produced. This will encourage faster construction of more power generation plants and transmission lines.

Three, privatize some power plants that produce more losses than revenues for the government, sell to private power companies in a competitive bidding. Such privatization should be coupled with industry deregulation, at least the power generation sector, to encourage more competition among various players.

Fifth, entertain the possibility of getting nuclear power as this is a cheap, stable and generally safe power source.

This column reiterates the above proposals once more. In addition, Nepal and other electricity-poor countries may consider using natural gas as this is also a cheap and stable power source. The shale gas revolution in the US, Europe and other Asian countries means that natural gas prices will stabilize or even decline either in the short or long term.

Regardless of the power source that investors will use for their power plants, government bureaucracies that hinder such initiative should be drastically reduced, as well as the taxes, fees and royalties that result in high electricity prices for businesses and households.
--------------