During the launching of Ethikos Movement last week, among the colorful speeches were those from two patient groups, the Kythe Foundation and the Philippine Alliance of Patient Organizations (PAPO) headed by Fatima "Girlie" Lorenzo, and the Psoriasis Philippines headed by Mr. Josefino de Guzman, photo below. Both Girlie and Josefino detailed how difficult, even draining -- financially and emotionally -- it is to help patients with difficult cases. The issues can range from helping poor patients with costly treatment and medications to dealing with social ostracism. 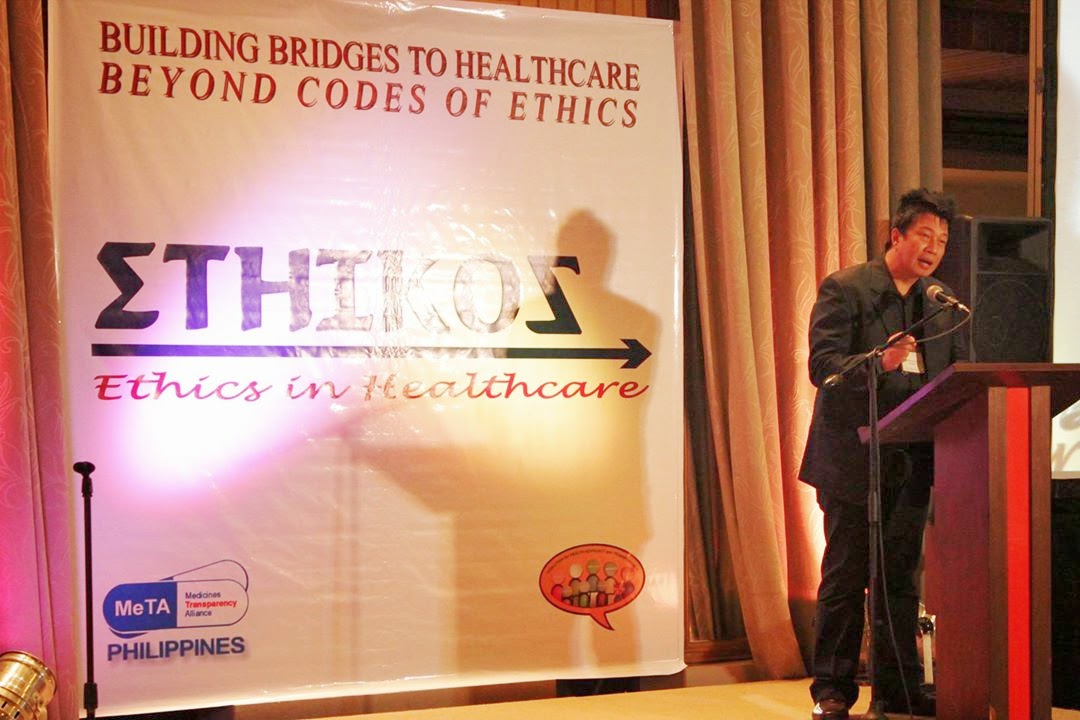 Dave emphasized that strict intellectual property rights (IPR) of newly-invented drug molecules via longer data exclusivity and frivolous patents is in effect unethical and not serving the patients. He added that many local pharma companies are small and hence, have lesser-known brands compared to products by the big multinational pharma companies. Ted on the other hand emphasized the importance of innovator or newly-invented drugs in saving more lives.

As I have argued in many papers in this blog, I believe that IPR is a good tool to encourage the research and development of new medicines against old or new diseases. If a firm is to spend $1+ billion to develop just one drug and such invention is not protected so that other pharma companies can jump in later and demand that they can also manufacture that drug molecule and sell it even if they did not spend money for its discovery, conducting several clinical trials involving hundreds or even thousands of people, that practice is not fair nor ethical.

Besides, Dave is from Unilab, the biggest pharma company in this country cornering one fourth (25 percent) of the total national pharma market. Their products are well known, from outdoor billboards to tv and radio to physicians and pharmacists.

What patients need are more choices, more options. More medicine brands for each molecule with different brands, different prices. If the rich want the more known but more expensive drugs, so be it. If the poor want the lesser known but cheaper drugs, so be it. So long as those medicines are guaranteed to be safe and effective. More options among medical professionals, among hospitals, among diagnostic centers, among health insurance providers.

Finally, FDA Director Kenneth H. Go also gave a colorful discussion how they as food and drugs regulators, would deal with frequent lobbying by senior government officials (legislators, Cabinet Secretaries, Malacanang officials, etc.) in behalf of certain companies, or pressuring them to give information about the status of products by competing companies. 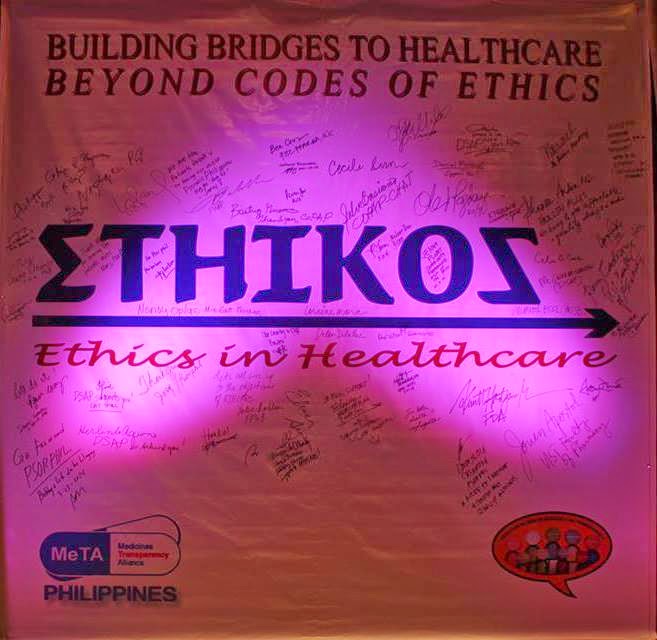 During the open forum, I briefly spoke and emphasized that a movement to emphasize business and professional ethics is indeed a civil society movement. There are existing government laws that regulate business practices and avoid unethical ones but these are often not followed. It is another case of government failure that was meant to correct any perceived market failure. Thus, people are moving on their own to have certain codes to guide their business behavior, and they are instituting their own set of rewards and punishment for violation of such code of ethics, outside of penalties and fines that are contained in government laws that are not properly enforced anyway.


What are truly unethical are government high or multiple taxation of health products and services like medicines, laboratory and hospital services. And government price control and forced discount policies that affect the financial condition of many small entrepreneurs like small drugstores.
-----------