Energy Econ 39, the UPSE-Ayala forum on the PH power sector

This photo from the UPSE website; from left: Perez, Lotilla, Francia, Lee U. 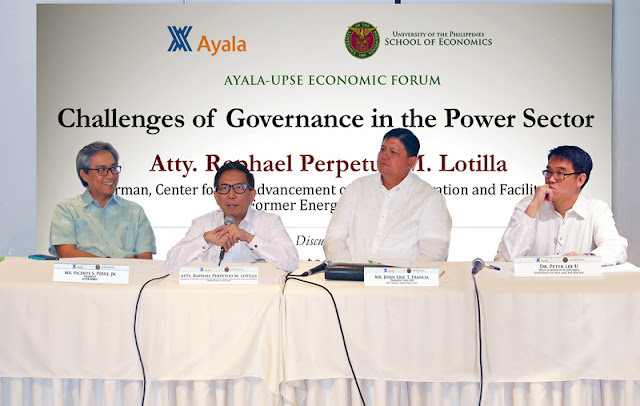 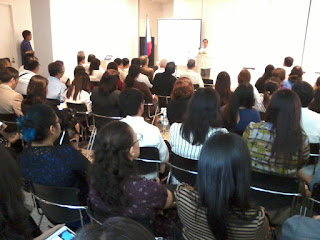 It was a full-packed room, as usual. Many participants are from the energy sector, public and private. Mr. Jaime Zobel de Ayala (JAZA) was there, also ERC Chairman Atty. Juan, people from San Miguel Power, Aboitiz Power, Meralco, etc. Many faculty members of UPSE were there too. And former PM Cesar Virata,


Vince Perez and  others in the audience I think raised their eyebrows and wondered, so I repeated it's renewables cronyism. In particular, the feed in tariff (FIT) and renewable portfolio standards (RPS) provisions. FIT is guaranteed minimum price for 20 years. In classic and orig capitalism, there is no such thing as "guaranteed" price and profit. Prices rise and fall due to dynamics in supply and demand. If there are lots of power plants running at the same time relative to power demand, the price shd go down. By how much, well down to P0.50/kWh perhaps during midnight or long holidays.

RPS is mandatory use by the national grid through NGCP. Thus, if good wind comes in at midnight, wind power produce more power at P8+/kWh (FIT priice) but coal can also provide power at P0.50 or P1/kWh that same time, NGCP is arm-twisted, coerced by the law to take the more expensive wind power and reject cheaper power from coal on that hour/s. 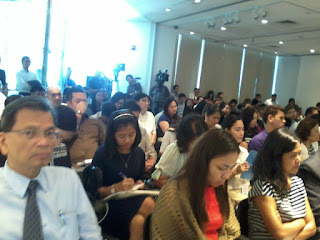 Then I specifically asked Vince about my opinion  that he has conflict of interest in the sector. He is the Chairman of WWF-PH that explicitly lobbied for FIT/expensive electricity implementation, and his companies benefit from those FIT and RPS. RE law was enacted in December 2008 but FIT was implemented only by mid-2012 because many sectors and energy consumers opposed even more expensive electricity.

Two more questions from the floor, one about nuke power. Then Popo replied to the two questions. Vince replied to  my question that he has no conflict of interest because RE law was enacted when he was no longer the DOE Secretary.

I did not make a follow up question because there were many other hands raised to ask questions or make comments. Vince simply did not answer my question and my point above I think, remains valid. 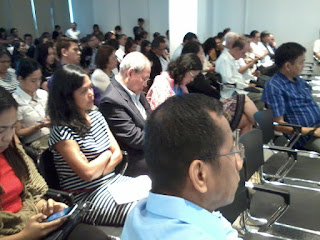 Meanwhile, the reasons why I agree with the speakers that EPIRA does not need not amendment now, or even abolition, among others:

2. This drastically reduced NPC losses and public debt, before something like P100B or P150B a year, NPC has near-zero capacity to pay those ever-rising debt, it can only add and exacerbate it. Who will pay those huge NPC debts? You, me and our children through taxes and more taxes.

3. It allowed more players, more competition in the power generation sector. Before, there was only NPC, Lopezes and some Aboitiz power. Now there are San Miguel, Trans Asia, KEPCO, SN Power, GN Power, AES, AC, Salcon, GBPC, and about dozen-plus others, aside from the Lopez and Aboitiz companies.

4. It allowed retail competition and open access (RCOA). If you have a 1 MW power plant, say a small hydro in Montalban or Marikina, and some villages in Marikina or UP-Ateneo area want to buy your power output, you can bypass Meralco, bypass NGCP, etc. You pay fewer fees (no transmission fee, no distribution fee, no universal charges too, I think).

5. Compare Mindanao hydro, ALL are still under the government/NPC, and they have frequent "Earth Hours" there. In Luzon, almost all hydro plants were privatized, government made money from privatization proceeds which helped reduce the public debt, while improving the capacity factor of those plants. Ex. Magat hydro in Isabela, 360 MW. Under NPC, it would be VERY lucky if it can produce 300 or even 250 MW. When Magat was bought by a Norwegian power company in partnership with Aboitiz power, its capacity went up to 100%, full 360 MW. The Norwegians are perhaps #1 in the planet when it comes to hydro power tech. Later, Magat's capacity even improved to 380 MW.

Private power plants, if they run too low against their capacity, will be losing money, something they cannot afford. On the other hand, losing power plants under NPC was not so much a concern of NPC officials and employees, they were assured of funding (their salaries, travels, trainings, etc.) from the budget, yearly. 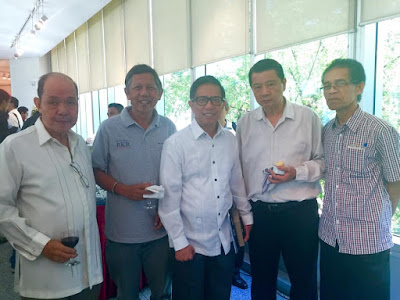 Ninong Ruping and Lingling are my former professors in UP, and among my wedding sponsors. :-)

I also talked briefly to Eric Francia. I think I told him that the Ayala Corp. (AC) should not ask for energy subsidies. He replied that they have a diversified energy sources of power generation.

The main reason why AC should NOT ask for subsidies (Eric, Romy B., feel free to  forward this to Mr. JAZA :-)) is that AC is a net energy consumer, not energy producer. Its core business is real estate, those expensive and glittering malls, residential and office condo, sprawling expensive subdivisions, etc. Thus, it should lobby for cheaper electricity, not expensive power. When it develops renewables like wind and power and get subsidies, it is contributing to more expensive electricity. The Ayalas (unlike the other big Spanish families and hacienderos) were able to build their huge business empire because of innovation, not because of political cronyism. So why would it ask for renewables cronyism and favoritism now?

They can develop renewables like putting up solar roof on their malls like what SM North Edsa has done, mainly to augment their power needs, or part of their CSR publicity, WITHOUT asking for subsidies. I heard that they lobbied for retroactive FIT for an old wind farm they bought but was built before RE law (RA 9513) was enacted in 2008. Will check how true is this story.

Ok, that "subsidize renewables to save the planet" and "man-made" warming/climate change drama. Here's the chart again of planet Earth's long-term climate history. 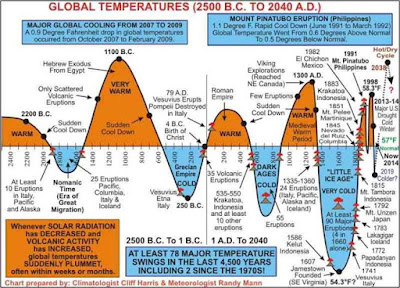 The campaigners and lobbyists of "more expensive electricity to save the planet" are of course dishonest. The UN, Al Gore, WWF, Greenpeace, Oxfam, etc. They make huge money by fooling the public, and they get more donations from the public, more tax money from governments.

It is simply wrong and dishonest to say that:

So ALL those alibi and drama for expensive electricity via subsidies to wind and solar "to save the planet" have no justification.

Trivia: I knew that the forum would be on July 23, but I thought it was at 1:30pm, so I went to the office that day in polo shirt, jeans/maong and rubber shoes. When I checked again the event around 9:20am, it said the program would start at 9:30am! No time to go home to change dress and shoes, I went there in the most casual, informal attire. I arrived when Popo was already speaking, just stood at the back.  Later I sat in the front chairs, beside NEDA Dir. Gen. and my former teacher in UPSE, Dr. Arsenio M. Balisacan.
-----------

During the Stakeholders Meeting on Revitalizing Manufacturing (an event sponsored by the Board of Investments). An industry leader said that they installed about 200 MW solar panel. DoE said that this is illegal, since the law said only 100 KW is allowed for private consumers. Otherwise, they have to apply a license as power generator.

This company was discouraged, because they want to contribute their excess power to the grid. But is unable to do so because of the so many stringent requirements. They had no choice but to shutdown their solar panel during weekends. (Since they will not get anything from it if it goes back to the grid).

We should amend the law to enable factories with excess power to contribute to the grid during holidays and on weekends when they are not operating.

Talk about 'emPOWERing' our people to make their own power literally.