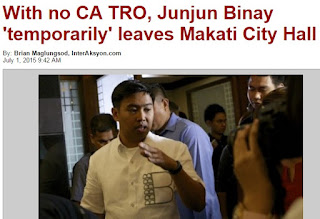 For the first time in 29 years and 4 months (March 1986 to July 2015), Makati City has experienced a non-Binay as City Mayor. The premier city known as the country's financial center has Jejomar "Jojo" Binay (the country's Vice President, 2010 to present) as Mayor for many years, and in between the max 3-terms limit for Jojo, his wife, Elenita Binay, served as Mayor. Then Jojo goes back again as Mayor. Then when his second set of 3-term limits ended, his son, Jun-jun Binay became Mayor.

The family is accused of plunder and large-scale robbery at the Ombudsman. Mayor Junjun was suspended by the Ombudsman last March over plunder cases in the over-pricing of Makati Parking building. Vice Mayor Kid Pena took his oath as Acting Mayor but Junjun managed to get a temporary restraining order (TRO) from the Court of Appeals (CA). 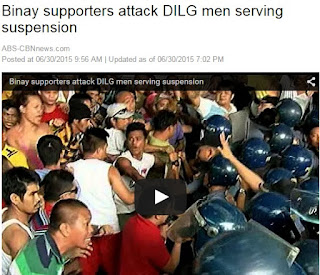 Yesterday, a second suspension order was served by the Ombudsman, over the over-pricing of Makati Science HS building. Again, Junjun and supporters opposed the suspension order. They also ran to the CA to get another TRO but they failed, the CA set various conditions before it would grant another TRO. So Junjun was forced to step down.

The Binay clan is the most extensive political dynasty in the country of all time. Four members of the family are high government officials: (1) VP Jojo Binay, the father; (2) Sen. Nancy Binay, the older daughter; (3) Congresswoman Abigail Binay, the younger daughter; and (4) suspended Mayor Junjun Binay, the son. (5) Mrs. Elenita Binay, the wife, was an ex-Mayor too. 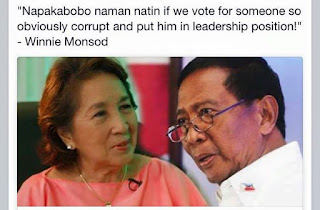 VP Binay's multiple political tentacles continue as he aims to be the next President of the country in 2016. The old man, perhaps approaching 80 years old, is also the President of the Boy Scouts of the Philippines (BSP) for 1-2 decades now. So greedy with power and the various perks and privileges associated with the BSP, he never relinquished this organization of mostly elementary school students nationwide.

Last week, the VP resigned from his Cabinet positions in the PNoy government, particularly as head of HUDCC and another body in charge of OFWs. His position there for several years is also known for some corruption scandals.

Sen. Koko Pimentel asked him to attend a Senate investigation about those corruption allegations. The VP sent this arrogant letter to the Senator. 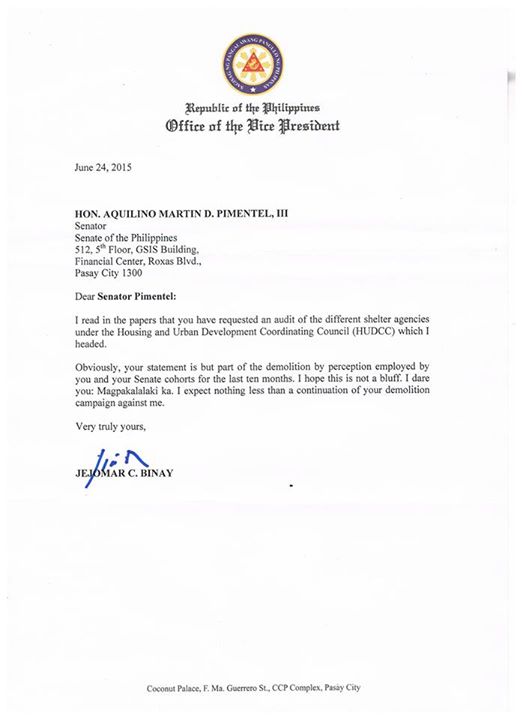 "Magpakalalaki ka", hehehe. Too bad for him, Sen. Pimentel is more transparent, more "manly" than him and sent him this reply. 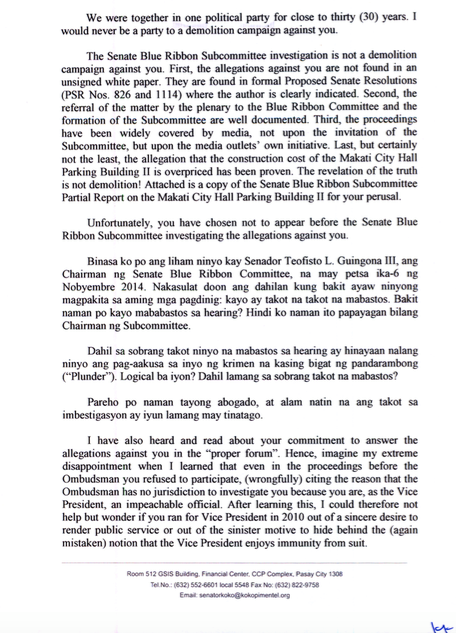 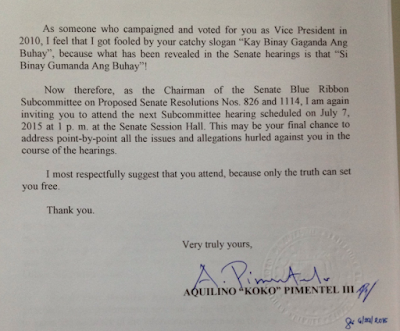 The VP is scared when challenged to public testimonies -- at the Senate, at the Ombudsman -- so he can disprove serious accusations and allegations of plunder and large-scale robbery.