Is Mar Roxas inclusive, principled, competent, and humble as appropriate to the Philippine Presidency?"

1. “Inclusive” means you, the candidate, is committed to the quality of life of, by, and for the whole Filipino people. Inclusive development means enabling the poor, the vulnerable, the marginalized, and the disadvantaged to develop faster than the rest of society.

2. “Principled” comes from a consistent code of behavior (“sa isip, sa salita, at sa gawa”) that, faced with a series of dilemmas, enables you to choose the higher interest of nation over sectarian or narrow interests.

3. “Competent” comes from doing the right things right – good technical and administrative results being consistently produced to match good intentions. This includes extending your reach beyond your grasp through teamwork and technology.

4. “Humility” is when self-praise is unnecessary; it comes from public acknowledgment that you are inclusive, principled, and competent.

I commented and gave a direct answer, No.

But in fairness to Mar Roxas, other Presidentiables like VP Jojjo Binay, former President Erap Estrada, Sen. Alan Cayetano, Sen. Bongbong Marcos, other presidentiables, will also have a NO answer, at least for me.

Sen. Grace Poe may have humility; and competence, am not sure.

With the current system of personality-oriented, not philosophy or ideology-oriented politics in the PH, no candidate can be really principled. Where the populist and welfarist idea prevails, Presidentiables and other politicians will be swayed by populism too. If majority of voters want more subsidies, more welfare, more entitlement programs, never mind that taxes are high and public debt is rising yearly because of annual deficit, with or without a crisis, most or all Presidentiables will be swayed towards populism.

My beef or complain about the LP is that it is not acting liberal enough. Many of Its policies adopted and implemented is far from being liberal but closer to the populist and welfarist philosophy. Notice how socialists like Walden Bello. Joel Rocamora, Ronald Llamas and other officers of BISIG-Akbayan found it easy to be in partnership with the LP. Either the latter group are confused socialists or the LP are confused liberals.

Sir Doy asked, "Is it possible to assess the utility of political parties in terms of the outcomes they envision and actually achieve for the people and nation over a period of time...?"

Maybe Yes. One problem is that all political parties here say the same thing -- "good governance", "anti-corruption," or "the current administration is corrupt, we can clean government", etc. And personality-based political parties are born. PROMDI party by Lito Osmena, REPORMA party by Rene de Villa, Aksyon Democratiko by Raul Roco, PRP by Miriam, PMP by Erap, Lakas by FVR and JDV, etc. When those leaders are gone or lie low, the party is gone or become less visible too.

We cannot expect much differences among political parties and leading candidates. The visible difference perhaps is that one candidate is more vulgar in its plunder and robbery (like Jojo Binay, based on various pending and filed cases against him and his family) while the others are less vulgar. 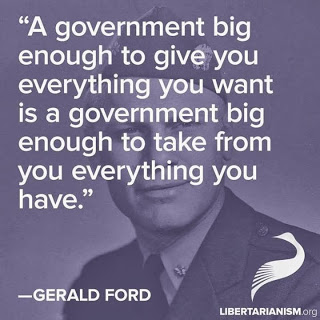 Very often, the mentality of the politicians is a reflection of the mentality and behavior of the voters, the public, mainstream media and NGOs. From some politicians that I talked to, they often say, "so many people clamor for it", referring to the entitlement and welfarism mentality. Many voters  feel they are entitled to be given free healthcare, free education, free housing, free or highly subsidized credit, tractors, burial, etc.

The people's values, in short, are corrupt. Many people will not admit it of course that they have corrupt minds and entitlement values. It is always easy to blame the politicians. And somehow true, the politicians take advantage of populism and entitlement mentality. How else can one justify that the government confiscates almost 1/3 of people's monthly income, and from the take home pay, government further collects many other taxes and fees (VAT on consumer items, vehicle registration tax for their cars, real property tax for their house and lot and farm, franchise tax for their business, etc.).
-----------