BWorld 6, Biotechnology, Innovation and the Philippines 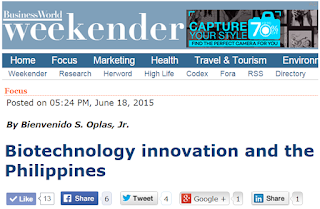 BIOTECHNOLOGY involves food production and healthcare. It involves life: from new rice or vegetable varieties that are resistant to certain pests -- and are flood tolerant and still high-yielding -- to new medicines that raise or improve the survival chance of a cancer patient by 10 or 30 percent compared with old and existing medicines and treatment.
Innovation -- endless improvement -- in the quality of biotech products and processes is the key towards a better life, a healthier and more productive life for the world’s peoples. While some people might complain that new seed varieties, new medicines and vaccines, and new literature are costlier, they tend to neglect the fact that overall productivity among enterprises and people is rising because of these new products, such as disease-killer drugs and treatment, brought by innovation.

Scientific American’s Web site has a regular report called the Annual World View Scorecard (WVS). The popular science magazine’s annual report for 2015 is its 7th, and it’s an analysis of the biotechnology’s innovation potential in 54 countries, including the Philippines.

GLOBAL RANKING
Unlike many annual reports that measure economic competitiveness or economic freedom or transparency, the WVS measures biotech innovation, a very specialized field. It is a privilege for the Philippines to be included in this annual study because it will give ideas to both government policymakers and private players on how to improve the national business and scientific environment and, thus, the country’s global ranking.

The WVS has seven categories covering 27 components, from biotechnology inputs and outputs through government protection and beyond. These categories are (1) Productivity of public companies, (2) Intellectual Property (IP) Protection, (3) Intensity of public companies per million population and biotech patents, (4) Enterprise Support for business-friendly environment, (5) Education/Workforce, (6) Foundations like infrastructure and public spending for R&D, and (7) Policy and Stability, including rule of law.

Scoring is 0 to 10, with the lowest-ranked nation scored as 0 and the highest-ranked as 10. Then the average score is computed. The results for WVS 2015 report are here. Take note that many countries did not make any score in category (1). 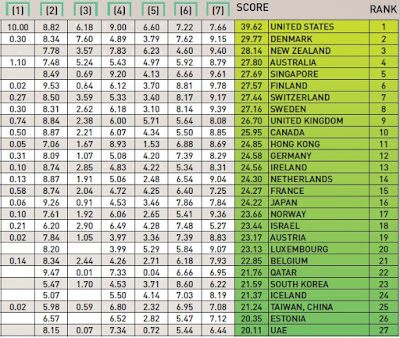 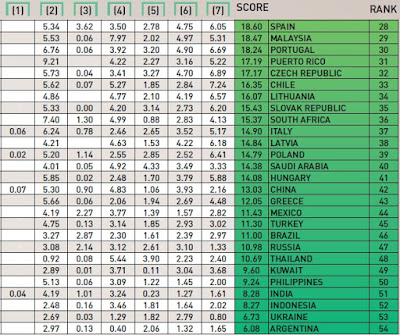 Of the 10 ASEAN countries, five were included in this study and their respective scores for 2015: Singapore 5th, Malaysia 29th, Thailand 48th, Philippines 50th and Indonesia 52nd.

The Philippines made a relatively surprising high score in category (2) on IP protection, which is composed of (2a) patent strength and (2b) perceived IP protection. One possible explanation here is that the country has a law on IP protection, the Intellectual Property Code of the Philippines (Republic Act 8293) enacted in 1997. It was revised focusing on patents of pharmaceutical products through the Cheaper Medicines Act of 2008 (RA 9502).

Although IPR tweaking that is consistent with TRIPS Flexibilities is contained in RA 9502, like the state’s power to impose compulsory licensing (CL) and special CL for some important medicines in case of “national health emergencies,” no CL or SCL application has ever been filed with the IP Office (IPO) until today.

The Philippines made a modest score in category (4) on Enterprise Support, composed of business-frienndly environment, biotech venture capital (VC), and VC availability. But the country scored very low on (3) Intensity, and fairly low on (5) Education/Workfore, and (6) Foundations.

As earlier noted, SA has been doing the WVS for seven years now since 2009. In this revised table, the scores for 2009 and 2010 have been omitted, partly because several countries were not included on those two maiden years of reporting. 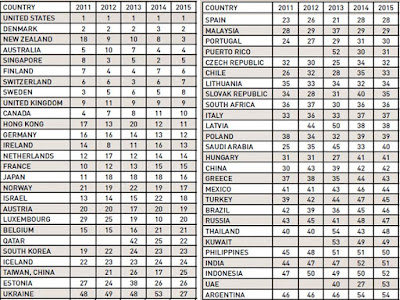 This is not enough, of course. Which means that the country’s government and private players must improve particularly in categories (3), (5), (6) and (7).

Change comes in marginal steps. The important thing is that the country’s private enterprises and educational capacity for biotech innovation must keep improving and evolving. The goal is improving the Filipinos’ health and well-being -- having a healthier and longer life. Improvement in the country’s global ranking in this report may be considered as icing on a delicious cake, additional accolade to improvement in public policies that respect and encourage innovation and intellectual property.

Here is the scanned hard copy. 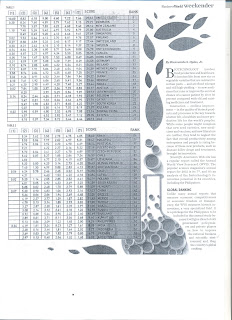 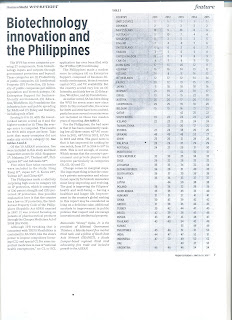 See also:
BWorld 2, Benefits of Trade Liberalization for the Philippines, May 16, 2015