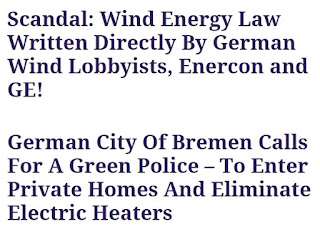 The first paper is an example of "regulatory capture", wind lobbyists writing the renewables cronyism law in one state in Germany.

"The FDP Free Democrats accused Wenzel of having parts of the 79-page draft legislation “dictated to him by the wind industry.”

"The Environment Minister must concede that the wind lobby took over the job of drafting the law. That’s an outrage!”"

"The proposed law by Environment Senator Joachim Lohse foresees a system of monitoring that allows for detection of violations and punishment. According to the Weser-Kurier daily, officials would ‘in carrying out the duties of their office, tread upon private property and enter private buildings‘. The provision of the German Constitution for the inviolability of the home would in this respect be curtailed....
Here Lohse is creating nothing less than an environment police.” 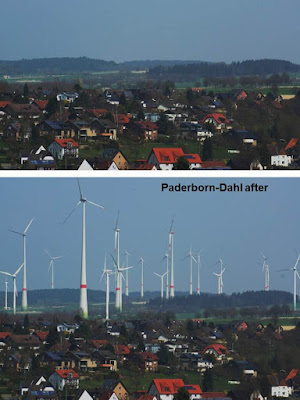 Meanwhile, some not-so-beautiful rural landscapes of Germany after dozens  of wind turbines were erected. Photos from  Shocking, Before-And-After Photos: How Wind Parks Are Devastating Idyllic GermanCountryside! 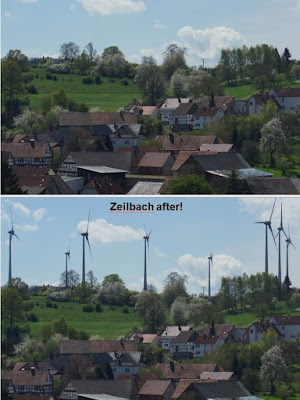