(I originally posted this early morning July 12. My updates for today, below)

How popular are the free market think tanks and institutes in Asia, at least online?

I checked alexa.com four years ago to answer that question. Today, out of curiosity, I checked again alexa.com and here is what I discovered. Shown are their global ranking -- out of several hundred million sites and blogs in the planet. 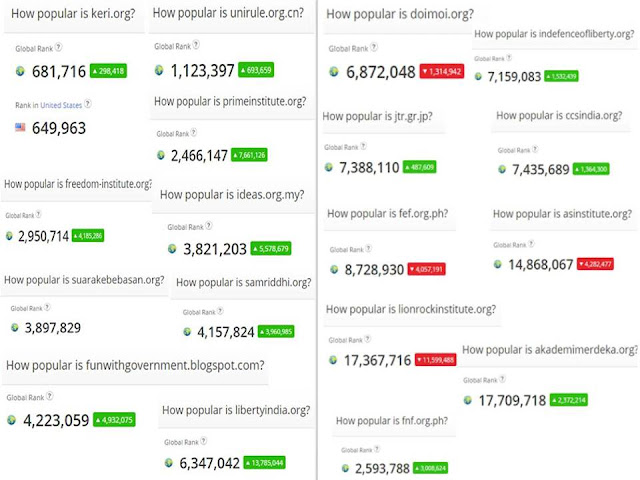 Friedrich Naumann Foundation for Freedom (FNF) is not a think tank, it is a German political foundation, that supports many Asian free market think tanks, mainly through the Economic Freedom Network (EFN) Asia, based in Bangkok. I just added here the website of FNF Philippine Office, headed by Jules Maaten.

Compared to US free market think tanks, institutes and foundations -- like Cato, ATR, Atlas, Heritage, AEI, Reason, etc. -- we from Asia have a lot more to learn and expand.

I am expanding the list of Asian free market think tanks and institutes from 17 to 23 and checked their global ranking via alexa.com today. The six institutes added are:

In terms of online popularity, here's the ranking as of today. 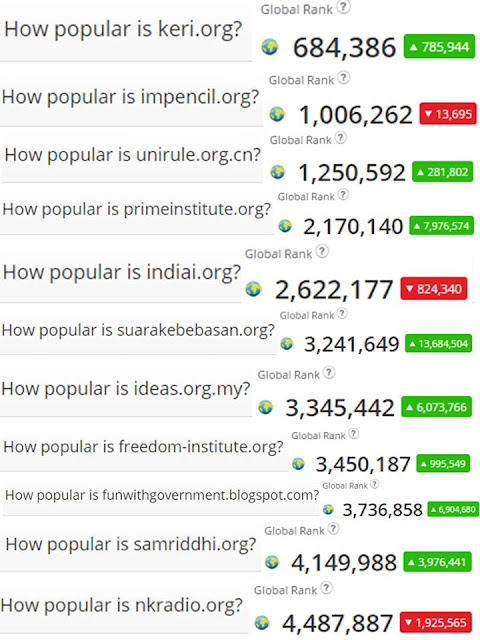 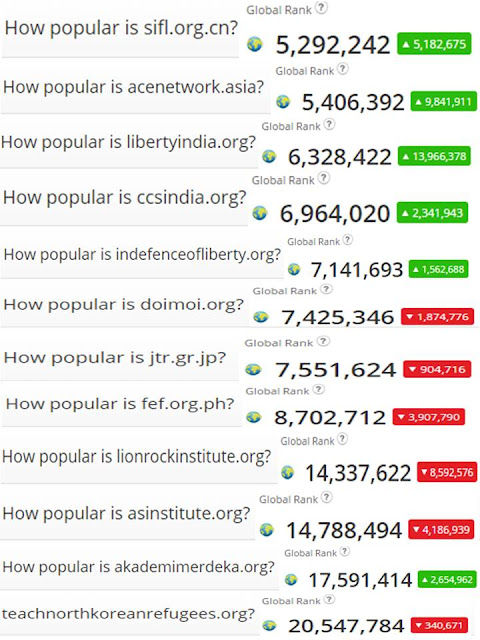