I already posted last March about Makati City hall officers and bureaucrats penalizing pedestrians crossing this part of Buendia or Sen. Gil Puyat Ave. The issues here for me are the following:

(1) NO sign of pedestrian crossing not allowed,
(2) NO info of any local ordinance, barangay or city hall that prohibits people from crossing this side of Buendia, 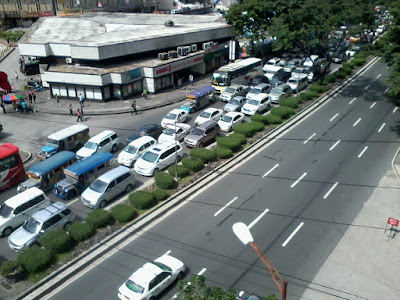 (3) NO warning of 1st time "offenders" who actually crossed the street, outright collection of penalty (about P250) or confiscation of  an ID is immediately imposed,
(4) NO warning of potential "offenders" who did not actually cross the street, outright collection  of penalty or confiscation of an ID
(5) NO distinct uniforms by the apprehending bureaucrats (like yellow shirts of MAPSA, blue shirts of MAPA, light blue shirts of the PNP), they wear different dresses, and
(6) Why impose lots of prohibitions, NOs, to ordinary people?
Ordinary people do not drive cars too often, they commute, so they walk in various streets to get to their destination at the shortest distance/time possible.

Here, one officer (the fat guy) harassing two ordinary people, they look "probinsyano" and may not be aware of the various prohibitions and NOs of Makati. 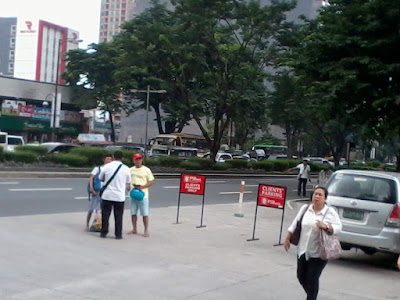 The older officer harassing another pedestrian. 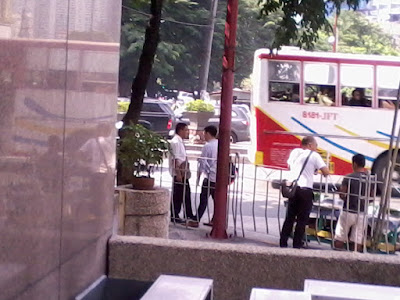 Three officers here, one wearing an ordinary shirt (in stripes), the two are wearing red jackets, something like "Makati Action Center". 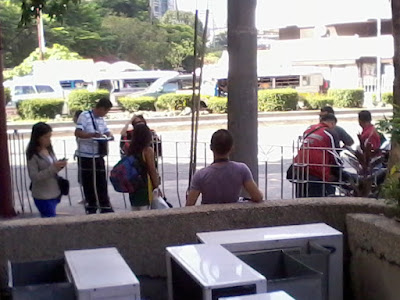 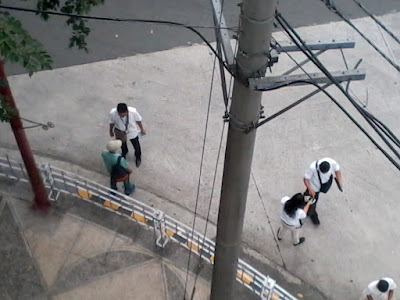 I saw this girl, she was about to cross the street but this officer in white collar shirt with no ID called her, so she did actually cross the street, but she was still penalized -- on what crime or violation? I approached the officer why he has no ID, he pulled it from under his shirt, his family name is Tan I think, I hardly read because he quickly returned it under his shirt. 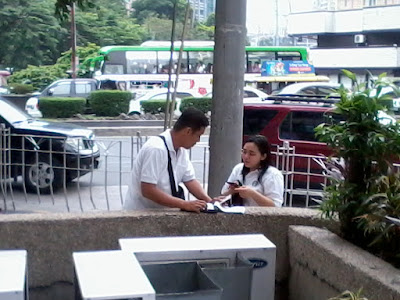 What is the "public service" value of these officers? I think zero, or even negative. We taxpayers already pay for their salaries, bonuses, trainings and meetings, social contributions, future pensions, etc. We pay for all of those and they serve us with what? Penalties and harassment?

I think a better public service work for these and other city hall officers and employees is to clean this creek. I took this photo around late June this year. On the left of this photo is the Makati Central Post office; on the right is a small Makati public park, in the front is the Makati Central fire station where MAPSA is also holding an office. So it is a creek surrounded by government offices and properties, and it is so dirty. 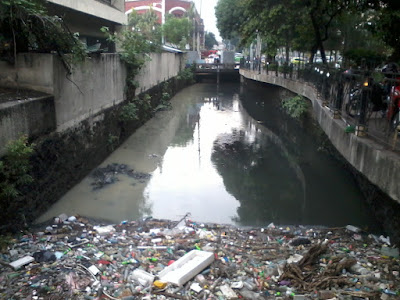 These floating garbage and solid waste should be regularly removed because they largely contribute to frequent street flooding. 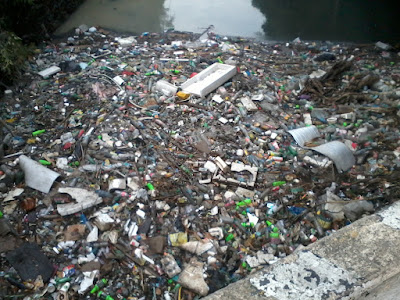 Opposite view of the earlier photo. The park on the left, post office on the right, and Buendia in the front, not far from where the "anti-jay walking" officers regularly position themselves. Buendia-Ayala intersection is half-block away on the left. 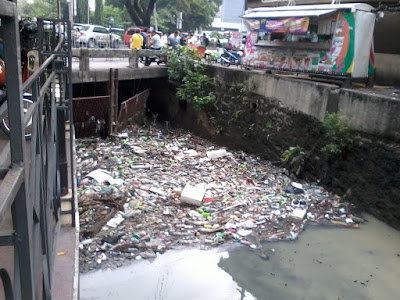 Are these officers members of MAPSA?
Incidentally, I attended this event last July 13 in Makati City hall open ground. My rotary club was among the sponsoring clubs of the event. 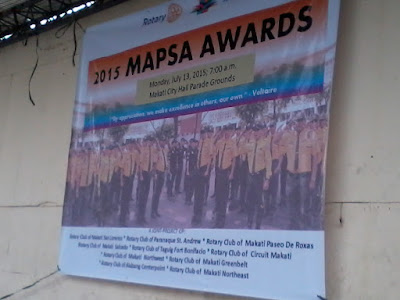 Acting Makati Mayor Kid Pena, can you stop this harassment-penalties of ordinary pedestrians? Instead of prohibiting people from crossing this side of Buendia, there should be a pedestrian lane instead. It's a traffic-choke area most anyway, morning or afternoon, vehicles do not drive fast there. There are many buildings and offices on both sides of this street, so there are many employees and visitors, even university students (CEU) crossing this street often.