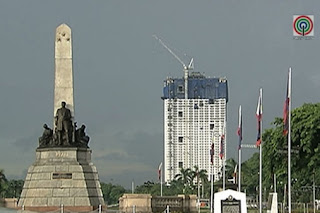 An Inquirer report yesterday said that "If the court rules against the Torre, it signals that one can lose one's property if enough people make noise."

And if the court rules against the Torre, Congress should pass a new law that condominium developers should get a permit of approval from some NGOs, on top of many other permits from different local and national govt agencies. And some NGOs will find a new racket then.

I am not a lawyer but I think that court and government rulings should be based on existing laws and permits required, not on future laws or permits. Otherwise we should stop posting frank ideas in social media like facebook because there will be a future law that will create penalties 10x more strict than the existing penalties of the anti-cybercrime law.

Someone commented that losing one's property has "happened at least twice in Marcos' time, when the IPs of the North resisted the Chico dam and Cellophil projects until both were cancelled. They didn't invoke RA's and SC rulings too. Just their indigenous right to ancestral land, and the readiness to die for it. The constitutional provision and laws on IP rights came later."

This argument seems plausible except that it implies that many condo projects should be very expensive, there is a premium or add-on cost for risks of property confiscation or destruction that the developers will pass on to condo buyers and tenants. Nice proposal, except that people should not complain too much why so many people are squatters and cannot afford to buy even small condo units. Simply because there is high political noise, then rules that have been followed can be ignored. I think that is lousy thinking.
Posted by Bienvenido Oplas Jr at 11:38 PM