Among the big topics that dominated last week’s global and national reports are (a) US-China ‘trade war’ which technically means equalized high tariff (EHT), and the hard push for Charter change towards federalism by the Duterte-appointed Constitutional Commission (ConCom). 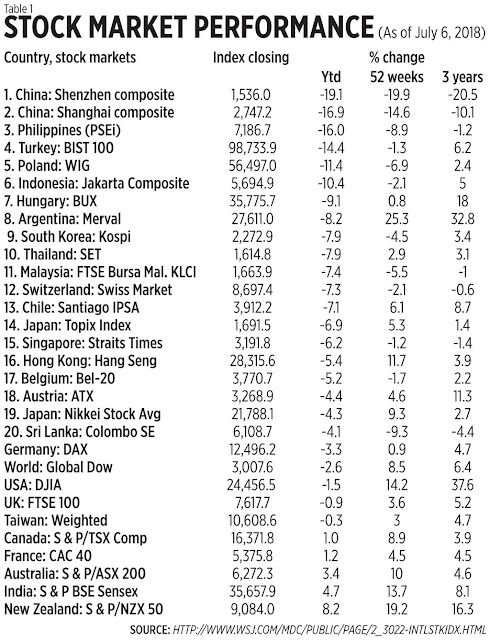 Meanwhile, funds have fled stock markets of countries that are expected to be net losers of this trade spat. China’s Shenzhen and Shanghai are the worst-performing stock markets in the world this year, having suffered a -19.1% and -16.9% drop in index values year to date (Ytd) or from January 02 to July 06, 2018, largely because of this EHT spat.

In comparison, the US’ DJIA experienced only a -1.5% decline year to date.

It is worth noting that the Philippine Stock Exchange (PSEi) is the 2nd worst-performing stock market in the world after China.

Several business uncertainties in the Philippines this year helped pull down the PSEi: (a) sharp rise in inflation rate after TRAIN 1 law, (2) changes in fiscal incentives and corporate income tax under TRAIN 2 bill, (3) wholesale closure of Boracay island for six months, (4) political uncertainties due to rabid federalism and Charter change hard sell by the government, (5) “Iglesia ni Duterte” vs “idiotic God” pronouncements, among others.

The PSEi level is also -1.2% compared to past three years, indicating that the gains under the previous administration have been wiped out under the Duterte government. This further shows that the federalism hard sell is misguided for at least three reasons.

Two, federalism is no guarantee for economic prosperity nor political maturity.

While several developed economies have federal structures, the same can be said about some failing economies. 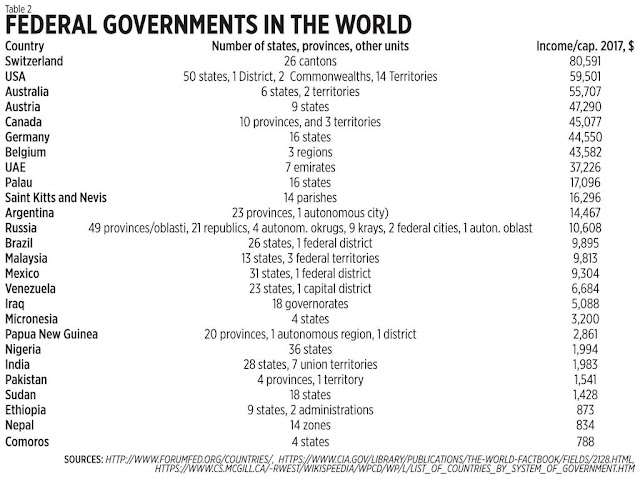 And three, the current Congress that will finalize the contents of the revised Constitution is too handicapped by clear lack of independence from the Duterte presidency. Thus, potential desires by this administration for continued stay in power beyond 2022 can easily be granted by Congress.