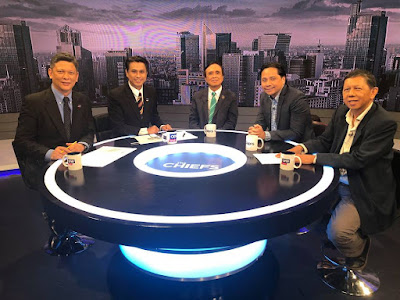 Among the points that I articulated are the following:

1. TRAIN 1 law (the various tax hikes to more than cover the "revenue losses" of personal income tax (PIT) cut) is the main reason why the jump in PH inflation rates in 2018 is the highest in East Asia. Sec. Pernia disagreed of course, blaming the high world oil prices, Peso depreciation, high anticipation by businesses of price spikes, etc. 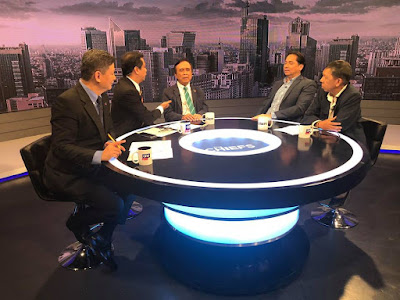 2. TRAIN 2 bill now in Congress should aspire for corporate income tax (CIT) cut from 30% to 15%, not just 25% as planned by the DOF, then the various reduction or abolition of various fiscal incentives can be done.

3. VAT should decline from 12% to only 8%, then reduce significantly the number of exempted sectors.

4. PH economic growth is a given, inevitable even if our President is a dog or a horse. Main reason is our big and young population, 106 M people with net increase of 1.7 M a year, net of death and migration. It is a big number of consumers, big number of workers and entrepreneurs.

5. BBB is possible without tax-tax-tax that we have under TRAIN law. We have NLEX, SLEX, NAIAEX, TPLEX, etc. without tax hikes. The key is to retain integrated PPP scheme, not hybrid PPP as being done by the Duterte administration. This shift to hybrid PPP is mainly to favor China and therefore, is a corrupt policy. Sec. Pernia denied this.

7. Federalism is pushed hard not to spur economic development as claimed by ConCom and the Duterte administration, but to spur more political development. The current big national government and current expansive LGUs (city/municipal, provincial governments) is not enough, they will create a new layer of elected and appointed officials of state governments in the middle.

Thanks Roby for the invite, thanks Andrew for these pictures.

Posted by One News in their fb page, 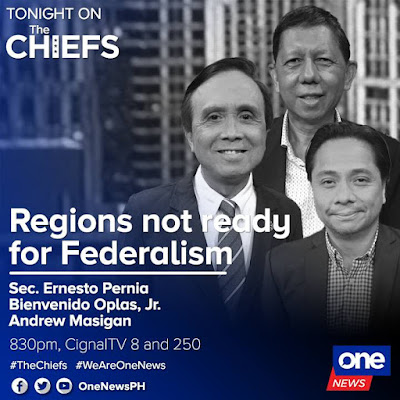 Posted by Bienvenido Oplas Jr at 1:20 AM