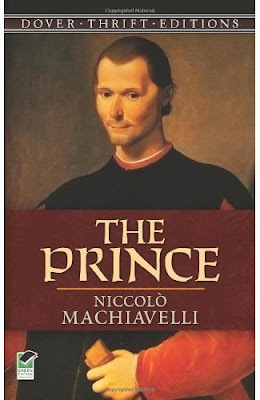 The Florentine political philosopher Niccolo Machiavelli (I affectionately call him the Big Mac) counseled the Prince that if he cannot be both, it is better to be feared than loved by his subjects. Love is fleeting and inconstant while commitments made in fear will be kept out of fear. The Prince however must ensure that he is not feared to the point of being hated virulently.

What could elicit pure hatred? Machiavelli noted that coveting his wife will not rile the Florentine. However, if the Prince stole his riches, the Florentine will really get mad and will most likely rise against the Prince to overthrow him.

The moral lessons for Pnoy: Don't be deluded by high approval ratings and think that the people adore you. High ratings are impermanent. In fact, it is better that they fear you for firmly upholding the rule of law. You will be hated if you continue to hem and haw, to cover up, and to justify the rotten pork barrel system.

Some of Bong’s friends made short comments, including the socialist academic and NGO leader Walden Bello of Akbayan. I commented the following on Bong’s wall:

In theory, the Big Mac is correct in advising that rulers and government administrators must emphasize fear/coercion than love/affection. Government by nature, is force and coercion. It is not like a private enterprise that survives on voluntary exchange, and can go bankrupt when customers or the public stop patronizing it. Government survives on coercion, not on voluntary submission by the citizens. It's that power to coerce, to impose penalties on violators, that makes government and rulers to become effective. Thus, coerce people -- do NOT kill, steal, abduct, rape, destroy properties, etc. The fear of the coercive power of the rulers or The Prince makes government effective.

Problem arises when government coercion and prohibition has expanded to so many areas. Like prohibiting people from putting even a simple bake shop unless they get plenty of permits from many government agencies. Or prohibiting you from driving your own car on certain days while allowing certain individuals and officials to drive their cars anytime, any day they want.

In practice, Bong’s suggestion that PNoy should enforce the rule of law is right on target. Government and its administrators or Prince and King, will be both loved and feared if it can enforce rules without favors and discrimination. Rule of law means no exception. The law applies equally to unequal people, no one is exempted and no one can grant an exemption.

Shrinking pork barrel, by both the Executive/President and the Legislative is a good reason to shrink the budget. Government must aspire to have fiscal surplus on years where there are no clear national emergencies. This would mean shrinking the budget by P300 to P400 billion a year, the equivalent amount of the rise in public debt stock annually. Government must have zero borrowing on certain years, and must be paying old debt instead of getting new loans. When real emergencies come up, having budget deficit and getting new loans will be justified.

I'm sure socialist leaning guys like Walden Bello will oppose any proposal to shrink the budget and certain government programs and subsidies. But they are partly to blame here. They are noisy on "freedom from debt" but they are silent on advocating "freedom from borrowing" policy. Pork barrel is a bribe by the Executive branch to the Legislative branch so that wasteful and corrupt spending by the Executive will be tolerated and not be questioned or cut by the Legislative. By having their own pork, legislators allow huge Executive pork. Even if local revenues are insufficient, legislators have allowed the Executive to over-spend and over-borrow, and it resulted in huge public debt. Paying P332 billion a year on interest payment alone (average for 2012-2014) is a criminal act by government, by the Executive especially, and the legislative branch was a party to such crime.

Many people who demand the abolition of pork barrel are not aware that some of the accusing fingers they point to the legislators also point to themselves.

Zero rebuttal from Walden or other socialist friends of Bong. I read certain chapters of The Prince (published 1532), and these words from the “Big Mac” are useful.

Hence it is necessary for a prince wishing to hold his own to know how to do wrong, and to make use of it or not according to necessity. Therefore, putting on one side imaginary things concerning a prince, and discussing those which are real, I say that all men when they are spoken of, and chiefly princes for being more highly placed, are remarkable for some of those qualities which bring them either blame or praise; and thus it is that one is reputed liberal, another miserly; one is reputed generous, one rapacious; one cruel, one compassionate; one faithless, another faithful; one effeminate and cowardly, another bold and brave…

And I know that everyone will confess that it would be most praiseworthy in a prince to exhibit all the above qualities that are considered good; but because they can neither be entirely possessed nor observed, for human conditions do not permit it, it is necessary for him to be sufficiently prudent that he may know how to avoid the reproach of those vices which would lose him his state…  for if everything is considered carefully, it will be found that something which looks like virtue, if followed, would be his ruin; whilst something else, which looks like vice, yet followed brings him security and prosperity.

-- Chapter XV: Concerning Things For Which Men, And Especially Princes, Are Praised Or Blamed, The Prince.

Most commentaries that I have read and heard about The Prince pictured Machiavelli as primarily advocating the use of force and deceit to pursue a political objective, like protecting a government from its critics and attackers. From the above statement, this is not true. He is saying that the use of force and deceit, should be done selectively. Instead, the Prince or ruler must exhibit virtues and things that are deemed good by the public, such as being liberal, generous, compassionate, faithful, bold and brave. But since these virtues cannot be exhibited all the time, then doing some vices or wrong things may be resorted to, to ensure the Prince’s security and prosperity.

I can say that ALL governments, democratic or dictatorial, are practicing what Machiavelli is saying. Although the degree or frequency of vices and deceit is exhibited more by dictatorial governments than by democratic ones. Machiavelli wrote those things because he was fully aware that governments or monarchy or public administration is force and coercion.

Another useful words from the “Big Mac”:


…it would be well to be reputed liberal. Nevertheless, liberality exercised in a way that does not bring you the reputation for it, injures you; for if one exercises it honestly and as it should be exercised, it may not become known, and you will not avoid the reproach of its opposite.

Therefore, a prince, not being able to exercise this virtue of liberality in such a way that it is recognized, except to his cost, if he is wise he ought not to fear the reputation of being mean, for in time he will come to be more considered than if liberal, seeing that with his economy his revenues are enough, that he can defend himself against all attacks, and is able to engage in enterprises without burdening his people; thus it comes to pass that he exercises liberality towards all from whom he does not take, who are numberless, and meanness towards those to whom he does not give, who are few.

Can people believe that -- Machiavelli advocating liberality as a rule, and meanness as an exception. Wow, to a certain extent, his ideas preceded those by Adam Smith, David Ricardo and other classical thinkers of liberalism and free market.
---------------