There are many annual studies and reports measuring economic freedom, economic competitiveness and related concepts of countries, and ranking them. IPRI incorporates many of those factors and indicators, but it is focused on studying property rights and their protection worldwide. 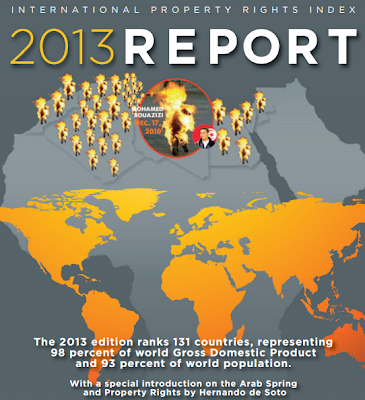 IPRI is composed of three main indicators, which themselves have their own sub-indicators. And this makes the IPRI unique and useful. 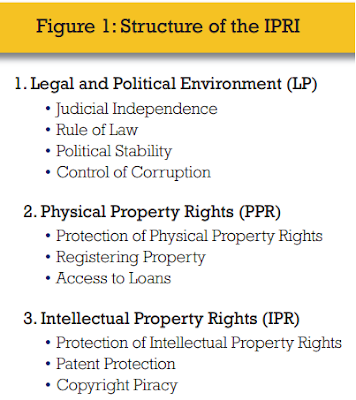 Here is the result of the 2013 IPRI, the ranking of 131 countries covered by the study. I separated the East and Southeast Asian economies for easier identification.

The Philippines ranked 77 out of 131 countries covered by the study. Not good for us. 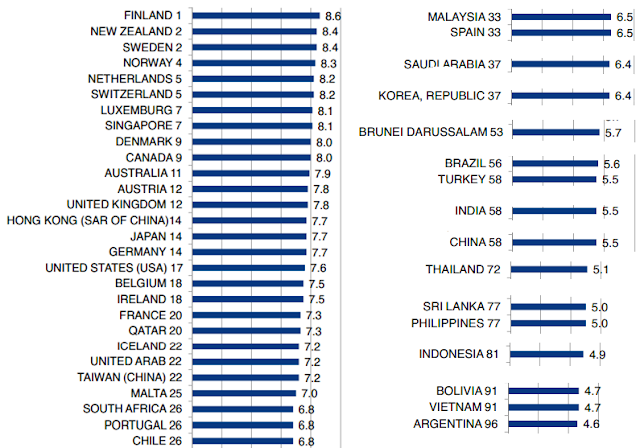 And here's the score for the three components of IPRI by country. The Philippines scored poor in legal and political environment (LP), pulling the overall IPRI score.

The report made this observation:


... there is a positive relationship between economic development and strength of property rights regimes. In addition,this finding is also confirmed when looking closer to specific groups, such as different regions or different average household income groups.

Kudos to PRA for persistently producing this annual report.
----------