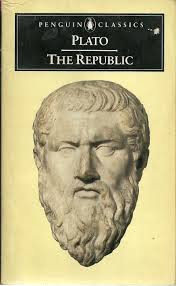 The best ancient philosophers like Plato flourished when the Greek city states like Athens were in crisis and on the decline. Let's face it; who philosophizes during swell times? That's the time to party!

Plato's over-riding concern was justice and the specification of the best, which must be a just, political order.

Plato observes that each of us have three components of the soul: reason, spirit, and desire.

He then proceeds to classify people into three based on the dominant element: creatures of "appetite" or "desires", creatures of "spirit" or "courage"; and creatures of "reason". He promotes the ideal, the mirror that the rule of people ruled by reason is best. They will establish a harmony between reason, spirit, and appetite.

IMO, politicians who salivate for pork barrel and other forms of ill-gotten wealth are not fit to rule. They do not deserve to be our public servants. Ditto with NGO chieftains, bishops, bureaucrats, and the others who enjoyed the loot while our people were hungry, sick, and homeless.

I thanked Bong for his theoretical contribution in analyzing the pork barrel scandal Bong. Most discussions are too general, and sometimes too pedestrian.

Someone suggested that “rule of law should prevail but the enforcers must follow the spirit in which those laws were made and not stick to the letter, ethics goes beyond compliance.”

The "rule of reason", or more commonly called as rule of law, is beyond enforcers and administrators of the State. Rule of law means the law applies equally to unequal people, both governors and governed, administrators and the administered. No one is exempted and no one can grant an exemption. When governors or administrators or enforcers make rules that apply to some and exempt themselves and their friends, that is rule of men, or "rule of desires" in Plato's language. It is a formula for sporadic or general social conflict and even chaos as people have little faith and respect of laws.

Examples of disrespect of laws are frequent stealing and robbery. Whether petty robbery like stealing slippers or cell phones, or large scale robbery like land grabbing and plunder in government, there is disrespect of the law against stealing. More cases of stealing, petty or big cases, more proof of government failure in doing its core function, to protect the citizens' right to private property (against thieves and destroyers of property), right to life (against murderers, like those who shoot or stab their victims if they resist the robbery) and right to liberty.

Perpetrators of robbery, the thieves and plunderers, are showing that "rule of desires" and rule of men can prevail.

Does Plato's "spirit" cover the whole gamut of emotions? It does not. His spirit is the dominant element in soldiers and it covers bravery, appetite for adventure, love for the polity, and related affects. It does not cover romantic love, which I believe is the bulk of human emotion. The soldier may have contempt and hatred but for the enemies of his state.

Plato talks about the coexistence of the three components of the soul and the interaction between the three determines an individual's behavior. In this sense, Plato is aligned with the findings of modern neuroscience.

It was good that Bong  mentioned that.  I was also wondering why Plato's "creatures of spirit" cover only courage and bravery. The romantic, spiritual and cultural aspects of humanity should be covered too.

"And for this reason, I said, money and honour have no attraction for them; good men do not wish to be openly demanding payment for governing and so to get the name of hirelings, nor by secretly helping themselves out of the public revenues to get the name of thieves. And not being ambitious they do not care about honour. Wherefore necessity must be laid upon them, and they must be induced to serve from the fear of punishment.... Now the worst part of the punishment is that he who refuses to rule is liable to be ruled by one who is worse than himself. And the fear of this, as I conceive, induces the good to take office, not because they would, but because they cannot help --not under the idea that they are going to have any benefit or enjoyment themselves, but as a necessity, and because they are not able to commit the task of ruling to any one who is better than themselves, or indeed as good."

The fear of being ruled by bad people is the main reason why good men should aspire to become rulers, and not for any other reasons like getting perks (pork barrel, huge allowances) or honor and glamour (being called "Honorable" Cong., Senator, Governor, etc.). Wow.
See also: