In most discussions about universal health care (UHC) in the Philippines and abroad, focus is on having health equality among people, to be provided by the government. While it is a noble goal, I think it is an unrealistic one and will result only in more public disappointment, even public anger.

There is transportation inequality, some drive a sports car, others drive an ordinary sedan, others drive a motorcycle while others do not even have a bicycle. There is education inequality, housing inequality,  food inequality, labor inequality, businessmen inequality, and so on. Inequality is everywhere, here and abroad, and most people can live with an unequal world, so long as their right to life (against murderers, abductors, etc.), right to private property (against thieves, destroyers of property) and other basic freedom are protected.

Health equality or near equality will never happen. For one, people have different abilities, priorities and ambitions in life. Second, people have unequal health input into their own body and family. Some prioritize alcohol or tobacco or junk foods over vegetables and other healthy food. Some prefer to live in dirty surroundings (with rats, mosquitoes, other pests) just to be near something that is important to them, like near workplaces.

If people look up to government as the implementer of health equality, they will be in for a big disappointment. As I posted in my previous blog posts, when I was working at the House of Representatives (1991-1999), we have three forms of health insurance: (a) Medical and dental clinic inside with a phalanx of full time doctors, nurses and dentists, with free medicines; (b) HMO coverage (Intellicare that time, I don’t know now) that conducts annual medical check up,  can cover both outpatient and hospitalization expenses, and (c) PhilHealth membership and contribution. I am sure this multiple health insurance is done also at the Senate, SC, BSP, Malacanang, DND, DepEd and many other departments and govt corporations. Also in big LGUs like provincial capitols and big city halls.

Many poor people especially in rural areas do not have even one of these. They may have access to a rural health unit but there are no full time doctors there, no free medicines.

To have UHC, what is important is that everyone should have a health insurance card, but it does not mean that it should be a government-monopolized service. Give people choices where they want to get their HC provider. Take the case of Switzerland:

There is no state monopoly. So you can choose an insurance group which is connected to your line of work. Or you could go with a trade union-run insurance co-operative. Or a private, commercial company. That means there is some competition among these companies to provide the best possible service for the lowest possible price. Then these companies, in turn, have some choice over which doctors and hospitals they commission to work for them. So again, the doctors and hospitals have to compete to offer the best facilities and treatment at the lowest possible cost. Poorer people get credits which enable them, too, to choose insurance.

There should be competition among different healthcare providers, not monopolization by the national or central government. Where there is competition, people have choices, HC providers are under pressure to provide value for money.  In a nationalized, monopolized and politicized structure like PhilHealth, they exaggerate enrollment but cover as few as possible, or for those covered, to pay as little as possible. There should be surplus somewhere to cover political patronage elsewhere.

Thus, If we wish to have real UHC, there should be more competition, not more consolidation and monopolization. We are actually moving at the wrong track.
-------- 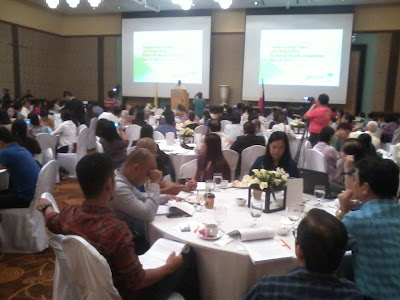 PhilHealth held a national public consultation on the draft Implementing Rules and Regulations (IRR) of the new PhilHealth law last September 06, 2013 at Crowne Plaza Hotel, Ortigas. I attended it. 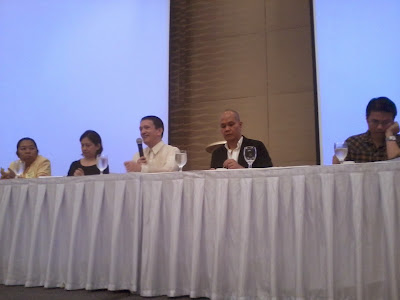 Government is making hiring of people in the formal sector become more expensive. If it is expensive to hire workers, less hiring of workers will happen. Instead of hiring 10 workers, companies will hire only 2 or 3 multi-skills people, give them gadgets and pay them 2x or 3x the min wage. The other 7 or 8 people, they can try their luck elsewhere. Or be employed in the informal sector with no min wage, no SSS, PhilHealth, etc.

I respect Doc Quasi and the rest of the UHC Study Group (Docs Domingo, Paterno, etc.). But their advocacy of health equality and centralized, monopolized HC provision will never happen.


Below is an article the other day in Malaya by former DOH Secretary, Doc Quasi Romualdez.

“UNIVERSAL HEALTH CARE is the provision to every Filipino of the highest quality of health care that is accessible, efficient, equitably distributed, adequately funded, fairly financed, and appropriately used by an informed and empowered public.”

​This definition of universal health care was cobbled together by a diverse group of public health experts, economists, clinical specialists, health reform advocates, and health professionals during a workshop in early 2008.  The workshop had been organized to review a paper on “The State of the Nation’s Health” to be presented at a panel discussion later in the year as part of the University of the Philippines’ Centennial Celebration.

​The paper had concluded that the Philippines’ most important health problem was health inequity or the great disparities in access to health care, resulting in significant differences in health status, between the rich minority and the poor majority of Filipinos.  The workshop suggested that the definitive solution to this problem was “Universal Health Care”.  Many participants had reservations about this suggestion and some even labeled it as a “pipedream”…

Together with Philhealth’s strong efforts to improve the enrollment of beneficiaries, implementation of the law will improve coverage of large segments of the population.  However, despite nearly full coverage (70-85%) of the population, the fact is that Philhealth benefits account for only 10-12 % of total payments for health goods and services.  Coupled with out of pocket payments of over 50% of total health expenditures, this indicates that quality health services available free of charge at point of service for all Filipinos remains a distant and elusive goal into the third year of Kalusugan Pangkalahatan.
See also:
UHC 16: Dialogue on UHC and Medicine Access, AIM July 25-26, July 24, 2013
UHC 17: First, Second and Third Lines of UHC for the Poor, July 30, 2013
UHC 18: DOH Budget, Healthcare Deregulation and PharmaWealth, August 08, 2013
UHC 19: Health is a Right, Health is a Responsibility, September 19, 2013
Posted by Bienvenido Oplas Jr at 12:49 PM

"In most discussions about universal health care (UHC) in the Philippines and abroad, focus is on having health equality among people, to be provided by the government. "

who has advocated this? i've heard of "equity", but not equality (those arent the same thing)

even romualdez uses equity, not equality. who uses equality?