IDEAS 4: Photos of Wan Saiful's Talk on the Politics and Economy of Malaysia

Before Wan Saiful Wan Jan, CEO of the Institute for Democracy and Economic Affairs (IDEAS) in Kuala Lumpur, gave his talk, I introduced him. No notes intro, I focused on Wan leaving his 17 years career in London and go back to Kuala Lumpur along with his wife and 3 kids, all born in London, to start a free market think tank there, when "free market" and "limited government" are strange concepts for many people in Malaysia and many other Asian countries given the huge role and presence of the government in the economy.

I met Wan in Atlanta, USA in middle of 2008 during the Atlas Liberty Forum. Then I would meet him and other Asian leaders of free market think tanks almost every year, usually during the Economic Freedom Network (EFN) Asia annual conferences. Last May, we were in Seoul then Jeju, S. Korea for the Jeju Forum for Peace and Prosperity. This coming October 21-22, we will meet again for the EFN Asia 2013 conference in Bangkok. 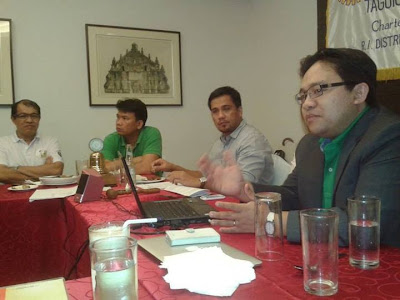 Wan's talk was hosted by our club, the Rotary Club of Taguig Fort Bonifacio, RI District 3830, headed by First Class President Meann de Leon. Our think tank, Minimal Government Thinkers, Inc., has no financial resources at the moment to organize fora and similar events. Our rotary club, of which I was a club Past President in RY 2006-2007, is a good host as we meet weekly anyway, often with a guest speaker. There is a "captive audience" already who are willing to listen to various speakers with various backgrounds and unique stories and ideas to share.


After Wan discussed the politics and economy of Malaysia, including the result of the 13th General Elections (GE13) last May, the discussion shifted to the philosophy of free market, rule of law, limited government, and individual freedom and responsibility. This is where the Filipino libertarian guests asked several questions and gave also their own understanding of those concepts.

Wan discussed the level of "compromise" that he and his free market think tank take in engaging both the government and the political opposition, along with other NGOs and media in Malaysia, without abandoning its core advocacies. IDEAS after all, belongs to the minarchy or limited government side of libertarian philosophy, not the zero government or anarchy side. 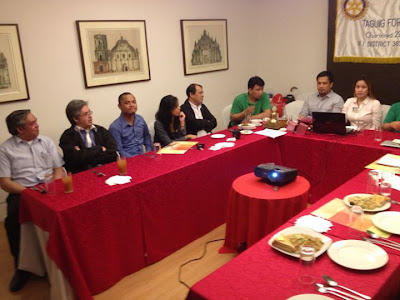 And here's what he said that can slam dunk persistent claims that a parliamentary government is "more stable and more predictable". Wan said that "under our Westminster-style parliament, our Constitution has been amended over 7,000 times since independence in 1957." They can change the Constitution more frequently than they can create new laws or amend existing laws, wow.

President Meann giving the Certificate of Recognition to Wan. 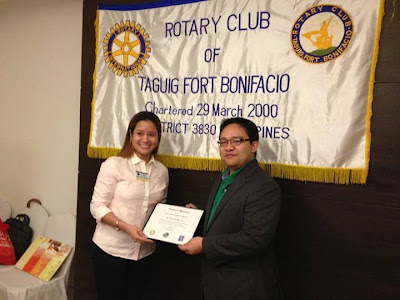 "You can't compare Christianity to christians. You can't compare Islam to Muslims. You can't compare Capitalism to capitalists." This was his reply to a question regarding the monopolistic behavior of some businessmen and capitalists. Wan emphasized that their advocacy for free market is not a stand alone philosophy, but in conjuction with the three other principles -- rule of law, limited government, and individual freedom and responsibility. Free market does not mean zero government, there is a role for government, mainly to implement the rule of law, and to protect individual freedom (from aggressors, bullies, thieves, etc.) and respect or encourage more individual or personal responsibility in running their own lives.

The usual group photo after the talk. 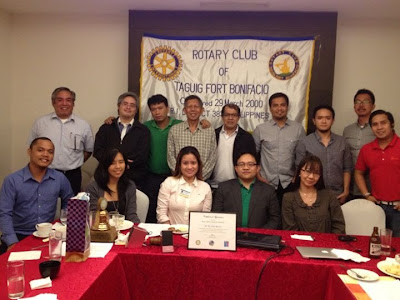 Another group photo, for the boys :-) 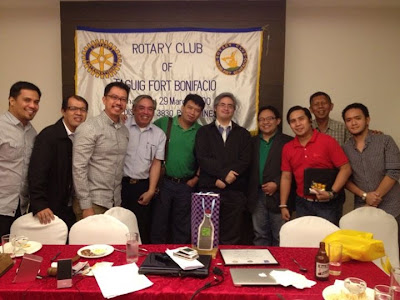 Thanks Wan for imparting lots of useful information and observations about Malaysian economy and government, and elaborating the philosophy of free market, limited government, rule of law and individual freedom and responsibility.